A federal judge has poured back to Cook County court a class action lawsuit accusing Subway restaurants of making customers pay a few cents too much by collecting the soon-to-expire controversial Cook County “pop tax” on unsweetened iced tea at some of its Chicago restaurants.

On Oct. 26, U.S. District Judge Matthew Kennelly granted plaintiffs’ request to return their class action to the local courts. While the judge’s order didn’t explain his reasoning behind the decision, it apparently demonstrates he rejected the attempts by Subway to argue the matter still belonged in federal court, even though the Cook County Board had voted to rescind its sweetened beverage tax.

Days earlier, plaintiffs in the case, represented by the Zimmerman Law Offices, of Chicago, had argued the case no longer met the requirements to remain in federal court, as the rescission of the tax meant Subway would not need to pay out nearly enough to justify transferring the case out of the local courts. 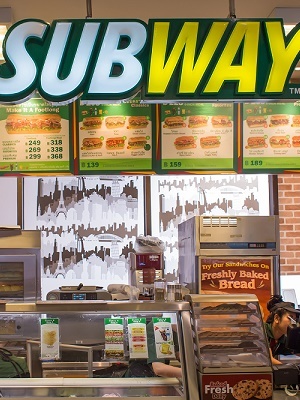 “This change in Illinois law has nullified Defendant’s sole basis for removal.”

The judge’s decision comes more than two months since the Zimmerman firm first filed suit in Cook County Circuit on behalf of named plaintiffs Charles Drake and Mario Aliano against Doctor’s Associates Inc., the company which franchises Subway restaurants, amid a stream of other similar lawsuits that flowed after Cook County began requiring restaurants, stores and other sellers of beverages to begin collecting its special one-cent-per-ounce tax.

The tax, which took effect Aug. 1, had been enacted in late 2016 by the Democrat-dominated Cook County Board, at the urging of Cook County Board President Toni Preckwinkle, who cast the deciding vote, breaking a tie. Supporters of the tax said it would bring in about $200 million per year to help the county fund its services.

However, once the tax took effect, retailers across the county reported steep drops in sales, some as high as 40 percent, as consumers left the county to buy many of their beverages, and the county was left far short of the revenue gains it expected.

Further the tax took a big hit in the public eye, amid a sustained effort by the Illinois Retail Merchants Association and others to keep the pressure on the county to repeal the tax.

At the same time, plaintiffs law firms rushed to court to file class action lawsuits against retailers and restaurants they accused of improperly collecting the tax. Other targets of the class action lawsuits included McDonald’s, 7-Eleven, Jewel-Osco, KFC, Walgreens, Circle K, PepsiCo and even the Art Institute of Chicago, which, to date, was the last to get slapped with such a class action.

The Zimmerman firm brought many of the class action lawsuits filed from August to early October. The lawsuits typically ask the courts to order the defendants to upgrade their sales registers to properly assess and collect the tax when customers buy beverages, and to repay customers a few cents in damages per beverage, plus attorney fees. In the Subway case, for instance, the plaintiffs estimated customers paid around 20 cents too much for their drinks.

However, the lawsuits stopped in October after the Cook County Board voted overwhelmingly to bottle up the unpopular tax – though the tax is still being collected until December, according to the measure repealing the pop tax ordinance.

In light of that action by the board, the Zimmerman firm said the damages Subway could claim it would sustain from the pop tax fall short of the $75,000 in costs needed under federal court rules to remove the matter from Cook County court to federal court.

When Subway sought to remove the matter to federal court on Sept. 22, it estimated it would spend from $100,000 to $5 million to upgrade its sales register systems.

In response to Zimmerman’s motion to remand the case to Cook County, Subway argued the case should remain in federal court, saying the plaintiffs’ arguments in light of repeal merely highlight the “opportunistic nature” of the lawsuit to begin with.

Subway had also asked the judge to sanction the plaintiffs.

Subway, through Doctor’s Associates Inc., is represented in the action by attorneys with the firm of  Benesch, Friedlander, Coplan & Aronoff LLP, of Chicago.