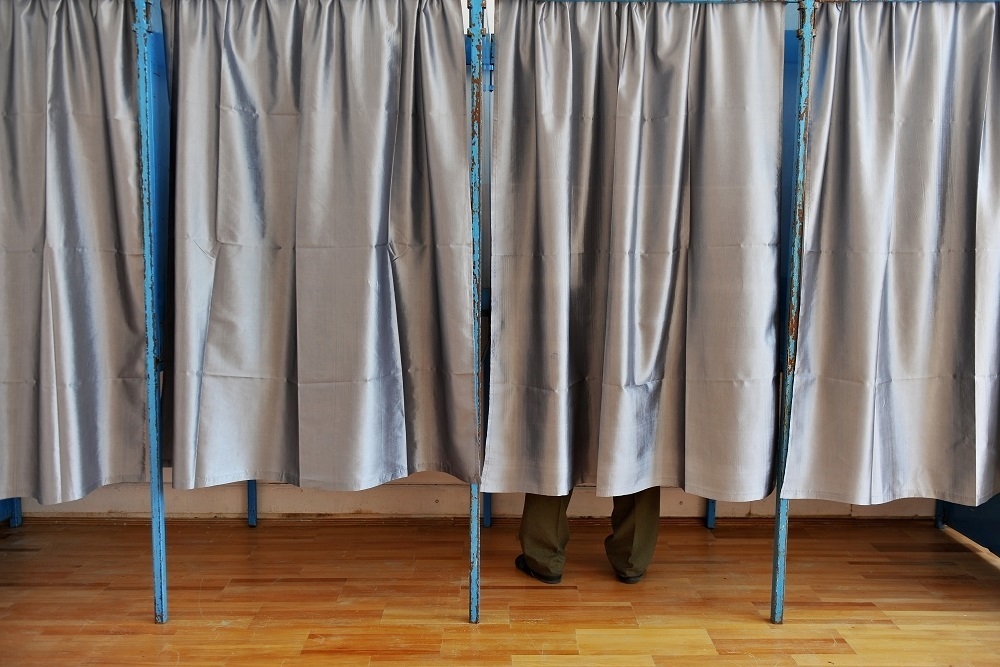 SPRINGFIELD — Illinois Attorney General Lisa Madigan's sudden announcement earlier this year that she will not seek another term has led to an avalanche of candidates announcing intentions to run, at least on the Democratic side.

Eight Democrats have announced they are running for the position, and Erika Harold remains the sole candidate for the Republicans.

An otherwise long shot against 15-year incumbent Madigan, the odds on Harold snatching the office have been significantly improved.

The former Miss America from  central Illinois, who used money earned from winning Miss America to pay her way through Harvard Law School, has received funding from Gov. Bruce Rauner and the endorsement of House Minority Leader Jim Durkin. After Kane County State's Attorney Joe McMahon declined to enter the race, Harold appears to have an open run to her party's nomination.

A crowded field of Democrats, however, face the prospect of a politically and financially bruising primary.

The latest to enter the race is former Gov. Pat Quinn, who was defeated in the 2014 gubernatorial race by current Ill. Gov. Bruce Rauner.

Quinn has declared he believes his support remains strong enough to make him a viable candidate. In discussing his campaign with Chicago Sun-Times columnist Michael Sneed, Quinn said he wants to be a "lawyer for the people" and to take on President Donald Trump.

Quinn's surprise entrance into the race has not impressed at least one of the other candidates vying to be the state's top law officer.

"It strikes me as opportunistic, someone just looking for a job," said former federal prosecutor Renato Mariotti, in an interview with The Cook County Record.  Mariotti questioned whether a figure deeply embedded in Illinois' political establishment would have the will to investigate fraud and corruption.

The Democratic field, however, appears to be led by state Sen. Kwame Raoul, of Chicago, who has secured the endorsement of the powerful Cook County Democratic organization.

In videos, statements, interviews and messages to the Cook County Record, the candidates broadly laid out what their priorities could be if elected.

On the Democratic side, candidates have eached emphasized a desire to pursue economic justice, enforce consumer and environmental protections, combat the opioid crisis, and, to an extent, tackle corruption - though most, like Quinn, have to date most strongly vowed to use the state office to fight the Trump administration.

"I think we are not in a very ordinary time," Mariotti told the Cook County Record. "(President) Trump is challenging and undermining the values at the base of our democracy."

Mariotti's entry into the race has been boosted by a substantial national following on social media built on tweets at and about Trump.

He noted he believes the Illinois Attorney General should use the resources of that office to stymy Trump policies. He pointed to actions by the Republican-led Congress and Trump to overturn a bureaucratic rule allowing consumers to take part in class actions against financial institutions, rather than allowing banks to take disputes to arbitration.

One person is not going to pursue a bank in arbitration over $100, but a class action can work to keep financial institutions honest, Mariotti said.

"I want to take action at state level," he said.

Mariotti said he also will place high priority on continuing state actions against employers who may force lower-wage workers to sign non-compete agreements; pursuing opioid manufacturers; investigating whether Illinois' voting systems have been breached by foreign interests; and seeking to enforce environmental protections.

Mariotti said corruption within the state "has long been an issue and an unfortunate thing no one can deny."

"So in terms of how you approach issues of corruption I I do not have any connections with any interests," he added. "Treat them the same way as any person in Illinois, with respect, but expect them to follow the law."

For her part, Harold said pursuing corruption in the state will be priority, if elected.

She argued that government harms Illinoisans in various ways, including depriving them of their elected officials’ honest services, of opportunities to fairly compete for jobs, contracts, grants and permits, and saddling the citizens with a more expensive and less efficient government.

In an emailed reponse to questions from The Cook County Record, Harold's campaign said corruption further diminishes the state's tax revenue base by making the state less attractive to businesses and individuals seeking to create and expand businesses.

"The Illinois Attorney General should use the office’s express statutory authority - whether it is through the State Officials and Employees Ethics Act, the Freedom of Information Act or the Attorney General Act - to investigate and combat government corruption," Harold said in her emailed statement.

"Additionally, I would advocate for the expansion of the office’s investigative tools, such as subpoena and grand jury powers, to enhance the Illinois Attorney General’s ability to fight public corruption."

While he did not reply to a request for comment, Drury, a former federal prosecutor, was blunt about how he will approach corruption.

"As a federal prosecutor, I successfully prosecuted corrupt public officials and fought to remove guns and violent criminals from our streets," Drury wrote on his website. "As a state representative, I have led the charge on police reform, stood-up to Mike Madigan and other political insiders and pushed for tougher ethics and anti-corruption laws."

He added, "For too long, Illinois has been defined by corruption and self-dealing. Illinois deserves an Attorney General who will restore people’s trust in government and act as a check to the corrupt and unjust forces that threaten our well-being and drag Illinois down."

Candidate Rotering, the mayor of Highland Park, also includes corruption as an important plank in her platform.

"As a two-term Mayor, I shook up City Hall with a major reform of city government that resulted in transparency, accessibility, collaboration, and ethical accountability," Rotering told the Cook County Record. "The cost of corruption is a diminished ability for the government to do its job and must be addressed head-on."

But the North Shore mayor said her experience as a town leader who has worked in business and law and the mother of four sons means she knows "how to get things done."

"I have a record of holding big corporations accountable and cleaning up government – something we need now more than ever in Illinois," she wrote in response to questions from the Record.

Rotering pledged to fight the National Rifle Association to reduce gun violence and take on drugmakers and online pharmacies to try to curb the opioid epidemic.

The candidate also commented on sexual abuse and harassment as allegations are being made daily.

"Serial offenders should be prosecuted and classified as predators," she said. "As the top law enforcement official in the state of Illinois, I will be a fierce advocate calling for necessary changes to protect survivors and end a cycle of abuse."

Lawyer Jesse Ruiz, president of the Chicago Park District, took aim at Trump in a campaign video announcing he was running for attorney general.

“For too long, many of us have felt forgotten and let down by our government and things are getting worse instead of better,” Ruiz said.

The son of Mexican immigrants, Ruiz said in the video he was angered by language used by Trump.

“Donald Trump launched his campaign by saying, ‘When Mexico sends its people, they’re not sending their best. … They’re bringing crime. They’re rapists'," Ruiz said. “When I heard those words, I got angry. He was talking about my parents, and about the millions of hard-working, tax-paying, law-abiding Mexican immigrants who came to this country to build new lives for themselves and their families.”

Ruiz added that he became a lawyer to defend people and that is why he is running for attorney general.

Fairley also named Trump in her statement announcing her candidacy but said her experience as a federal prosecutor and as a Chicago police watchdog "have prepared me for this moment like nothing else can."

"I have been witness to the power of the justice system when it works well – when we make changes that offer our communities greater security and fairness – not only in terms of violent crime, but in areas like fair consumer lending practices, and protection from fraudulent business schemes and scams," Fairley said.

She added, "That’s why I’m running – because I hold the conviction that we can do better."

In a crowded field, Raoul is seen by some as something of a favorite, if only because he is likely to receive some heavyweight financial and political support. He was endorsed Friday by Cook County Democratic leaders.

He describes himself as an advocate for victims, a voice for the voiceless and someone who will produce change in the justice system.

"I’ve seen the law used to the advantage of large corporations and to the detriment of the middle class and those of lesser means," Raoul said in a message on his website. "I’ve worked to shift that balance and make our state’s laws the great equalizer they ought to be."

The senator also conceded, "As an elected official, I have a keen sense of the cynicism many Illinoisans feel toward the government, and I don’t blame them."

He promised to put his problem-solving and advocacy skills to work "to ensure that justice in Illinois is blind."