Appeals court: State rep can't force Calumet City to give him the chance to run for mayor

The April mayoral election in Calumet City was valid and will not be restaged, a state appeals court has ruled, determining the voters of the city had a valid interest in denying a state representative and anyone else who has served four terms in any city elected office the chance to run for mayor.

Thaddeus Jones, a Democrat, first took a seat on the Calumet City Council in 1997, and since 2011, has also served as a state representative in the Illinois House of Representatives from the 29th District. He intended to run for mayor of Calumet City in 2017, but was removed from the primary ballot after voters approved a referendum in 2016 barring anyone from running for mayor if they’d already served four full four-year terms as mayor or alderman, as had Jones. 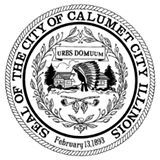 Jones and others sought to place their own referendum on the ballot to impose a three-term limit on mayors. That bid failed thanks to the “Rule of Three” — which limits to three the number of referendums voters in a single municipality can decide in a single election — when the U.S. Seventh Circuit Court of Appeals ruled against Jones.

After the Nov. 8 referendum passed, Jones sued the city Nov. 23, as well as City Clerk Nyota Figgs and Cook County Clerk David Orr. Hoffman granted summary judgment in favor of the city on Jan. 27, and Michelle Markiewicz-Qualkinbush won her fourth mayoral term in April with Jones’ name not on the ballot.

In his appeal, Jones asked the court to void both the April mayoral election and the February Democratic primary, but Rochford wrote he forfeited that request “by failing to offer any argument or authority in his appellant’s brief for how or why such a remedy is appropriate now that the election cycle has concluded, the results have been certified and the office has been filled.”

However, the appellate panel agreed it should review Jones’ arguments about the constitutionality of the referendum — which he raised in circuit court and on appeal — in the event a ruling in his favor would allow him to run for mayor in the future.

Jones said the referendum was illegal because it used the number of times someone could serve as alderman to bar them from becoming mayor. The panel, however, said Article VII of the Illinois Constitution clearly allowed a home rule municipality, such as Calumet City, to establish terms of office under a referendum.

“Article VII, section 6, does not state how the officeholder’s terms are to be limited,” Rochford wrote, explaining the panel would not preempt Calumet City’s powers to establish its own mayoral qualifications. The panel said Jones contended “he has an absolute right to run for mayor at least once, and that any abridgement of that right is unconstitutional,” and disagreed with that position.

In granting summary judgment, Hoffman determined the term limit referendum sprang from the “legitimate governmental interest in encouraging candidates for mayor who are not long-standing members of the city council and who may have new, different ideas for running the government.” And although Jones said there might have been better ways of accomplishing that goal, Rochford wrote the referendum as constituted did not violate Jones’ due process rights.

The panel also agreed with Hoffman’s determination the term limit rule does not violate the constitutional protection for free and equal elections and that the referendum was not vague or ambiguous.

Jones was represented in the matter by attorneys with the firm of Ancel Glink, of Chicago.

Calumet City was represented by the firm of Odelson & Sterk, of Evergreen Park.