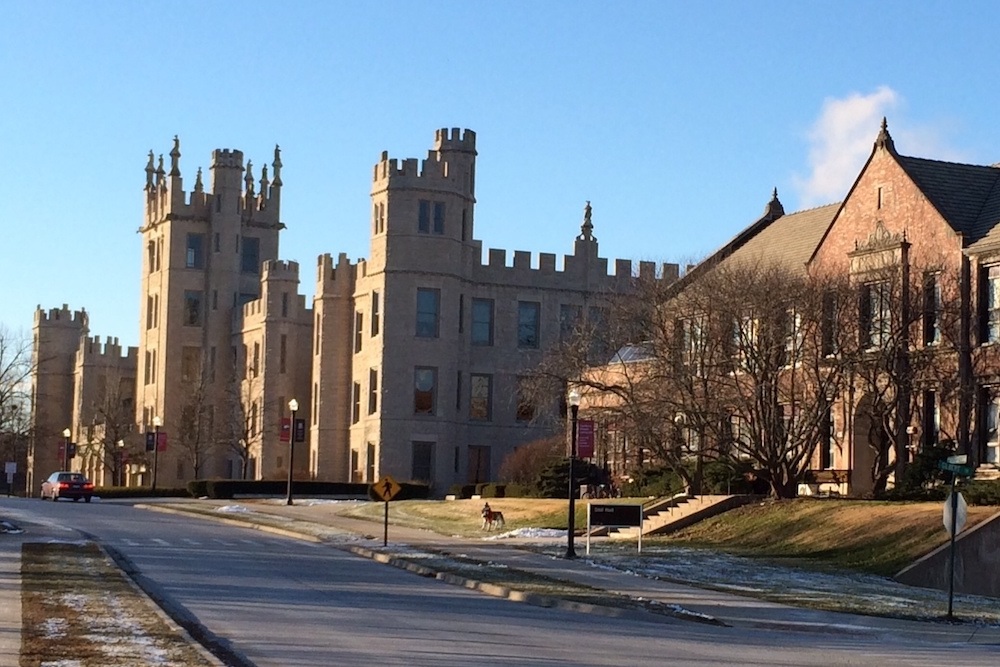 A local fraternity chapter and certain women from a different sorority at Northern Illinois University can be held liable for a pledge’s 2012 alcohol-related death amid hazing during an initiation ritual, but the national organizations can’t be held responsible for the “criminal conduct” of the NIU chapter and its officers, the Illinois State Supreme Court has ruled.

On Jan. 19, a majority of the state’s high court rejected the appeal of Gary Bogenberger, the father of David Bogenberger, who died after he became drunk and passed out during an event in November 2012 at the Eta Nu chapter of Pi Kappa Alpha at NIU in DeKalb, saying the national fraternal organizations owed no special duty under Illinois law to ensure the safety of pledges or that local chapters abided by anti-hazing laws and fraternal rules when initiating pledges.

Bogenberger, however, will be allowed to continue to press his suit against the NIU chapter and a group of women from a sorority who supported the local Pi Kappa Alpha in allegedly pressuring the pledges to drink plastic cups full of vodka until they passed out and needed to be carried to adjoining rooms during the alleged hazing event.

In rejecting the fraternity’s appeal, in which it asked for it to similarly be allowed to sidestep liability for David Bogenberger’s death, the justices said the courts are not wrong to place a burden for the safety of pledges taking part in such events on local fraternal officers who organize, plan and execute such events.

“And it seems quite reasonable to place that burden on the very people who are in charge of planning and carrying out the pledge event.”

The state Supreme Court took up the case in 2017 after a state appellate court overturned in part the decision of Cook County Judge Kathy M. Flanagan, who had dismissed the action against all the defendants.

The panel of the Illinois First District Appellate Court in Chicago upheld the dismissal of the national fraternal organizations, but said the judge had erred in absolving the NIU chapter and its officers of liability in Bogenberger’s death.

In his lawsuit, Gary Bogenberger alleged the fraternity chapter, its parent organization and anyone involved in his son’s death should be made to pay for their role in organizing and staging the NIU chapter’s “Mom & Dad’s Night” pledge event at Eta Nu. During the event, which the NIU chapter purportedly told pledges was mandatory for initiation into the fraternity, existing fraternity members and members of a sorority were paired with pledges, to whom they posed questions and then compelled them to drink large amounts of vodka, regardless of their answers. Court documents noted the point of the event was to cause pledges to become drunk to the point of unconsciousness. If pledges hesitated to drink, their fraternal “moms and dads” would berate them. When they could no longer walk, intoxicated pledges were taken to the basement of the fraternity house where they were laid in beds in “positions so they would not choke” on their own vomit. Court documents said active members and officers told others at the event to delete photos and videos of the event from their smartphones, and not call for medical help for blacked-out pledges.

NIU did not sanction the event, and it was not registered with the university, as required by university rules, the state high court noted.

Following the appellate court’s ruling, both Bogenberger and the NIU chapter appealed, with Bogenberger asking the state Supreme Court to let him sue the national Pi Kappa Alpha organization, and the Eta Nu chapter asking the high court to find they, as “social event hosts,” should be not be held liable for the death under Illinois law.

Justices, however, rejected both such appeals, letting the appellate court’s ruling stand on both questions.

The court was united on the question of the NIU chapter’s liability, with all agreeing the NIU chapter owed a duty to ensure David Bogenberger did not die that night.

The justices also agreed the sorority women who assisted with the “Mom & Dad’s Night” event should also be open to suit, and overturned the lower courts’ decision to dismiss them from Bogenberger’s action.

However, on the question of the national organizations’ liability, Theis, Kilbride and Karmeier believed the court was wrong to let the parent fraternity off the hook.

Karmeier and Theis said the court should have reversed that aspect of appellate court’s decision, as he said prior case law indicates the national organizations also held a “traditional duty” to oversee activities among its various chapters.

“Such a duty would not require the national organizations to maintain continuous contact with local chapters or to become a central planning and policing authority,” Theis wrote.  “Such a duty also would not require the national organizations to control the day-to-day operations of local chapters. That duty would simply require them to enforce their own rules for a few membership and initiation activities per school year - activities where hazing (a violation of state law) and the consumption of alcohol by minors (also a violation of state law) are probable and the dangers that arise when the two mix are well known.”

Theis and Kilbride went further than Karmeier, however, arguing the court was too quick to brush aside the “special relationship” between national organizations, their local chapters and fraternal members and pledges.

“The issues presented by the doctrine involve arguments over public policy, but the parties in this case have been robbed of an opportunity to make those arguments by the majority, which has abandoned our typical search for a careful and deliberate decision via the adversarial system for a simple, result-oriented answer by fiat,” Theis wrote.

In her dissent, Theis argued Bogenberger’s complaint demonstrated he should be allowed to try his case against the national organizations, which, Theis said, hold significantly more control over their local chapters than they claim in court filings. She noted, for instance, such “Greek Family Night” events are common at Pi Kappa Alpha chapters throughout the country, as local chapters employ the events as part of their response to the national organizations’ “coaxing” to boost pledge recruitment and retention of pledges.

Further, Theis noted Bogenberger presented information alleging the national Pi Kappa Alpha organization had known “for at least three years prior” to his son’s death that there were problems at the NIU chapter, yet took no corrective action.

Characterizing Bogenberger’s case, Theis wrote: “The national organizations also dictated the contents of the pledgeship and initiation process, encouraging events such as ‘Mom & Dad’s Night’ because they served the dual goals of recruitment and retention. To pledges like David, that event was mandatory, a prerequisite for membership. Seeking the prestige of what being a Pi Kappa Alpha meant, as well as housing for the following school year, pledges put themselves at the mercy of the fraternity. And in doing so, they became unable to protect themselves.”

According to Cook County court records, Bogenberger was represented in the action by attorney Peter R. Coladarci, of Chicago.

Pi Kappa Alpha International and the Eta Nu chapter were represented by the firm of Johnson & Bell, of Chicago.