A Montessori school in suburban River Forest has sued the village government, asking the court to order the village to refund $1.1 million in property taxes the school has paid over the past 20 years under an agreement the private school now argues should have been void from the beginning, as it violates Illinois law.

On March 6, Keystone Montessori School, a private pre-K-8 school in the near western suburban community, adjoining Oak Park, filed suit in Cook County Circuit Court, saying village officials pressured school administrators into an illegal and unconstitutional agreement, and have refused to let them out, despite repeated pleas.

“It is the policy of the State of Illinois to provide tax exemption to uses, like Keystone, that relieve government burdens,” Keystone asserted in its complaint. “The Village (of River Forest), however, as taken advantage of a one-sided agreement, (which the School had no choice but to agree to) to obtain a windfall.” 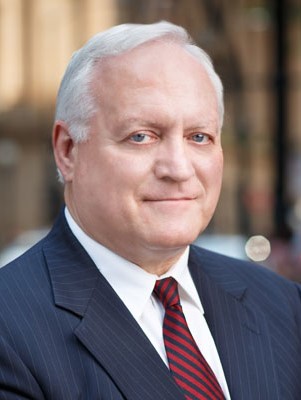 Keystone is represented in the action by attorney John W. Mauck, of the firm of Mauck & Baker LLC, of Chicago.

In a statement, however, River Forest village officials said the village was "disheartened" by the lawsuit, and would defend itself against the school's claims.

“Through this lawsuit, Keystone Montessori has made it clear they want the residents of River Forest to pay their property tax bill, and the board and I cannot consciously agree to that," River Forest Village President Catherine Adduci said in the statement. "The village is always willing to work with its businesses and partners in the community, but we also have a greater responsibility to protect the interests of all taxpayers in River Forest.”

According to the complaint, the dispute dates back to the mid-1990s, when representatives of Keystone first approached the village with plans to open the private school in River Forest. Initially, the complaint said, Keystone was seeking to purchase and utilize the former Washington School building from River Forest School District 90. However, Keystone’s complaint asserts village officials “killed the sale … by pressuring the School District to renege on its agreement with Keystone.” The complaint asserts the “Village Board favored a different plan that would have put residences on the site in order to convert a tax-exempt site into a tax-producing site.”

According to the complaint, village officials then recommended Keystone consider opening on a former retail site in the village -  a piece of real estate, the complaint said, for which “the Village had rejected other development projects rendering the Property vacant for nearly five years.”

Keystone accepted the recommendation in 1998, and began renovations at the property, opening at the site in September 1998.

However, while renovations continued, in October 1998, the complaint claims River Forest village officials demanded the school agree to continue paying property taxes on the property, or the village would withhold its approval of a zoning approval and final occupancy permit needed for the school to continue operating on the site.

“With its existence and the wellbeing of many children at risk, Keystone yielded to the demands,” Keystone said in its complaint.

In its statement, the village, however, asserts Keystone "voluntarily signed and entered into" the agreement.

The complaint said village officials have rejected five attempts by the school to rework its agreement and “reduce its tax burden, especially for the portion of the tax bill designated for public school funding.” The lawsuit asserts Keystone has saved River Forest taxpayers more than $329,000 per year by educating students that otherwise could be in the River Forest elementary schools.

In its complaint, however, Keystone asserts the agreement with the village should never have been allowed legally, as the state’s Property Tax Code “specifies that: ‘… all property of schools, not sold or leased or otherwise used with a view to profit, is exempt…’” from property taxes.

“The Illinois legislature has expressed, via statutory language … that the public policy of the State of Illinois is the exemption of schools from property taxation,” Keystone’s complaint said. “The Agreement (with the village), therefore, directly contravenes public policy.”

The school has asked the court to declare the contract void, and require the village to pay the school $1.1 million in “illegally extracted real estate taxes.”

The village's statement in response also pointed to other aid the village purportedly provided Keystone, including $2.5 million in bonds for the benefit of the school issued using the village's bonding authority in 2003, 2010 and 2014.

"This was not a required action by the village, but was done to assist the school in a time of need," the village said.