The financially-troubled city of Harvey again has been denied access to more than $1 million in its share of state money it says it needs to pay its current police officers, firefighters and other city employees, but which the board overseeing its retired police officers’ pension fund says state law requires the state to pay to them.

On April 26, the Illinois Supreme Court vacated an appeals court’s order imposing a temporary restraining order sought by the city of Harvey against Illinois Comptroller Susana Mendoza’s office, which had blocked Harvey from accessing the money at the request of the city’s police pension fund.

The state high court’s order comes 10 days after the Illinois First District Appellate Court had, in turn, placed the restraining order on Mendoza’s office, upending the decision of a Cook County judge who had refused the city’s initial request for emergency relief, filed April 5. 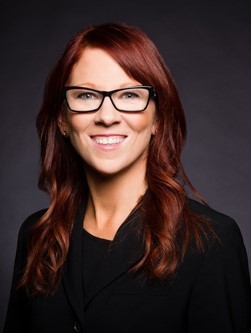 In neither the Supreme Court’s order, nor in the First District court’s order, did any justice offer an explanation or basis for their court’s respective rulings.

“The appellate court’s Order is stunning in its breadth and was entered without explanation because there is no explanation that supports the Order,” the pension fund’s attorneys wrote.

“…Summarily reversing the trial court, and then directing the court to grant all the final relief the City seeks, without explanation why such relief is warranted, or why the trial court abused its discretion in denying the City’s emergency motion in the first instance, is not only wrong it is fundamentally unfair.”

The matter had landed in court when the city petitioned a Cook County judge to order Mendoza’s office to release its embargo on the state funds the city says it needed to meet payroll.

In its complaint, however, the city asserted the “withholding” was “unlawful,” and would case the city to “face catastrophic issues regarding safety, security and maintenance of adequate services” to the city’s residents.

After Cook County Judge Raymond Mitchell refused to order the comptroller to lift the embargo, the city laid off dozens of city workers, including police and firefighters.

“There is no justification for the appellate court’s decision, other than the financial plight of Harvey, which is the product of a dysfunctional administration that the appellate court previously found was mismanaging its funds, allowing ‘$80,000 unregulated expense accounts, paying relatives of prominent city officials thousands of dollars for doing relatively simple tasks,’ and failing ‘to demonstrate that it has the ability to manage its finances and properly fund the Pension Fund,’” the pension fund’s attorneys wrote, citing a state appellate court’s 2017 ruling, which at the time, ordered the city to pay its pension funds millions in owed pension fund contributions.

“Whatever sympathy the appellate court may have had for the City does not justify its complete disregard for the law. The Comptroller properly withheld the City’s funds. The trial court properly denied the City’s motion for temporary restraining order.”

While offering no explanation for its decision vacating the appellate court’s order, the state Supreme Court further directed the appellate court to send the case back to Cook County Circuit Court, and order a hearing on the city of Harvey’s request for a preliminary injunction be held “at the earliest possible time.”

The Harvey Police Pension Fund is represented by attorneys Claire Gorman Kenny and Michael H. Moirano, of the firm of Moirano Gorman Kenny LLC, of Chicago.

Harvey is represented by the firm of Roth Fioretti LLC, of Chicago.