The female therapist, identified as Maria Carballo, an independent contractor for Therapy Professionals, filed a complaint April 23 in Cook County Circuit Court against Stanley “Stan Lee” Martin Lieber as well as his assistant, Mac “Max” Anderson. The complaint said the incident in question took place at the Hyatt Regency McCormick Place Hotel on April 21 and 22.

According to the complaint, Anderson arranged a two-hour appointment for Lee in his Hyatt suite. She said Anderson greeted her, escorted her into Lee’s bedroom and gave her massage instructions. The massage began with Lee lying face down. After about 30 minutes, the complaint alleged, “Lee began to fondle himself as she performed the massage.” Trying to diffuse the situation, she asked Lee to turn over. Though noticing the sheets were wet, she “disregarded her observation giving (Lee) the benefit of the doubt. The massage continued briefly without any issues until (Carballo) began to massage Lee’s quadriceps.” 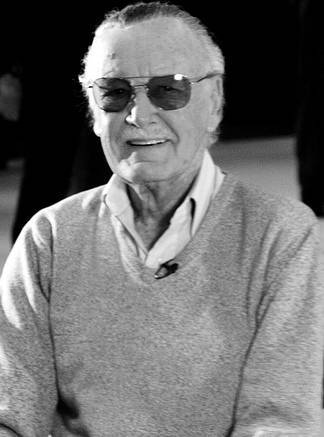 At that point, Carballo alleged, “Lee began to moan and groan, at which point she decided to end the massage and went to the bathroom to wash her hands.” When she returned to the room, Lee was still on the massage table and said the massage was supposed to last two hours. Carballo said she left to speak with Anderson, who agreed to pay for only a one-hour session, after which she left the hotel.

However, the complaint continued, the Therapy Professionals owner called her the next day asking her to return and give Lee a second massage. She said Lee made her feel uncomfortable and hung up, only for the employer to call back and say Lee personally requested she return. After another refusal, the owner called a third time to relay an apology from Lee, ensuring “there would be no further incidents” while stressing “the importance of appeasing ‘VIP’ clients.”

Carballo said she accepted the assignment for fear of losing her job. Meeting her at the Hyatt were four security guards, the hotel concierge and another member of Lee’s team. They issued further apologies and took her to the suite. Lee arrived around 10 p.m. An hour into the massage, again when Carballo worked Lee’s quadriceps, he “was once again moaning,” prompting her to immediately stop the massage and ask him to dress so she could collect her belongings and leave.

“Instead of getting dressed, Lee stood up from the massage table, completely naked, and became angry,” demanding the treatment continue. Carballo said she agreed to another 10 minutes and switched to Shiatsu, a technique where a therapist uses their feet, also providing distance between masseuse and client. But “after a few minutes, Lee grabbed (Carballo’s) foot and moved it against his penis and scrotum.”

Carballo said she freed herself and prepared to leave. Lee paid $240 cash for the massage, and as she waited for the elevator, Anderson thanked her for returning and handed her “a wad of money as a tip.”

She accused Lee of assault, battery, intentional infliction of emotional distress and violating the Illinois Gender Violence Act. She accused Lee and Anderson of civil conspiracy, saying they knew the sessions would lead to the alleged conduct. The complaint seeks punitive damages of at least $50,000, as well as compensation for legal fees.

Carballo is represented in the matter by Cunningham Lopez LLP and The Cochran Firm, both of Chicago.

In a report published by The Chicago Tribune, Lee’s lawyer noted the man behind many of Marvel’s iconic characters is 95, and referred to the lawsuit as a “shakedown.”

Want to get notified whenever we write about The Cochran Firm ?

Sign-up Next time we write about The Cochran Firm, we'll email you a link to the story. You may edit your settings or unsubscribe at any time.