Appeals court: No new trial for man who sued Hyatt, others, over trip-and-fall at trade show 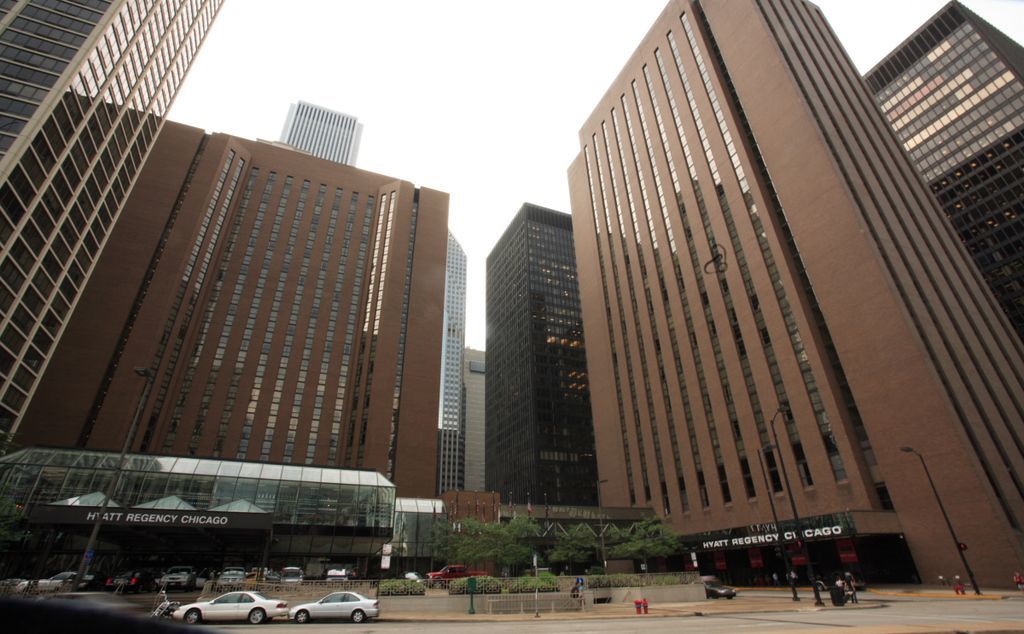 CHICAGO – A state appeals panel says a man won't get a new trial in his lawsuit against the Hyatt Regency hotel in Chicago, saying a Cook County jury was not wrong in finding him 100 percent responsible for the injuries he says he suffered when he tripped and fell over a missing floor tile covered by carpet.

In late October, a three-justice panel of the Illinois First District Appellate Court issued a 17-page ruling affirming the Cook County Circuit Court's decision in the lawsuit filed by Richard Frulla against Hyatt Corp., doing business as Hyatt Regency Chicago, and Champion Exposition Services. Frulla had alleged on appeal the court had permitted errors by the defense, which led the jury to say he was completely at fault for his injuries.

"Plaintiff has failed to show how these perceived errors caused the jury to find him to be the 100 percent cause of his own injury. ... It is clear that the jury in this case never reached the issue of plaintiff’s damages and, under these circumstances, even if the alleged errors occurred, we would not award plaintiff a new trial," Justice Daniel Pierce wrote in the ruling.

Frulla sued Hyatt and Champion in 2012 over alleged back injuries he sustained while working at a trade show held at the hotel in 2010. Frulla said he was working at the trade show at the hotel on Feb. 13, 2010, and alleged he fell because of missing floor tiles that were covered by carpet.

A jury decided in favor of Hyatt, stating that Frulla was 100 percent responsible for the injuries. The lower court denied a post-trial motion for a new trial filed by Frulla, who appealed.

In the motion, per the ruling, Frulla alleged that "his motion for new trial should have been granted because the Circuit Court erred by (1) failing to bar defendants’ expert witnesses for noncompliance with Illinois Supreme Court Rule 218(c), (2) failing to bar one of defendants’ experts because he was improperly disclosed as an independent expert witness and his testimony was cumulative, (3) admitting evidence of plaintiff’s prior health and injuries that were not at issue in this case, and (4) admitting evidence in violation of the collateral source rule and a motion in limine."

He argued Hyatt "created an unreasonably dangerous condition on the trade show floor by allowing carpet to be placed over missing floor tiles; failed to maintain the area in and around the booths; failed to inspect the floor when it knew or reasonably should have known that an inspection was necessary; failed to warn plaintiff of the missing floor tiles when it knew or should have known that it posed an unreasonably dangerous condition to plaintiff; failed to keep the premises safe; and was otherwise negligent" in the maintenance, the ruling states.

According to Cook County court records, Frulla is represented by the Sinson Law Group, of Chicago.

Hyatt and the other defendants are represented by the firms of Litchfield Cavo LLP, Hepler Broom LLP, Bryce Downey & Lenkov LLC and Johnson & Bell, each of Chicago.