A Chicago appeals panel has upended a Cook County judge’s ruling in a legal malpractice suit, saying it was not too late for a bank to sue its attorneys for allegedly bungling foreclosures, because the attorneys “lulled” the bank into appealing the foreclosures, during which the statute of limitations for malpractice actions expired.

The Dec. 7 ruling was penned by Justice Joy Cunningham, with concurrence from Presiding Justice Mathias Delort and Justice Sheldon Harris, of Illinois First District Appellate Court. Their ruling gave new life to a suit brought by Los Angeles-based Hanmi Bank, which has branches throughout the country, including one in Chicago and four in the suburbs. 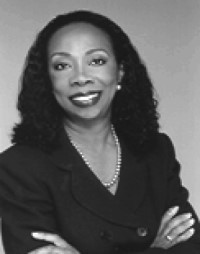 The bank alleged defendants voluntarily dismissed several of the bank’s foreclosure cases in Illinois and Wisconsin. Defendants knew the cases had previously been filed and dismissed before by the bank’s prior counsel, Hanmi said.

The bank then tried to refile the foreclosures a third time, but judges said in June 2013 the bank was barred from more refilings under the Illinois Code of Civil Procedure, leaving the bank unable to pursue further foreclosure proceedings on the properties in question.

Hanmi said defendants described the judges’ rulings as “illogical” and “unsupported,” assuring the bank the foreclosure actions would be reinstated on appeal. Hanmi proceeded to appeal, but lost. At the same time, defendants notified their liability insurer the bank could file a malpractice suit, indicating defendants knew they were at fault, Hanmi alleged.

Defendants contended the malpractice suit should be tossed, because the statute of limitations allowed Hanmi two years, from the June 2013 adverse court rulings, to sue. However, the bank did not do so until almost four years elapsed.

On appeal, Justice Cunningham agreed with Hanmi defendants “lulled” the bank into appealing the 2013 rulings, causing Hanmi to wait before suing for malpractice, during which time the statute of limitations came to bear. Cunningham found defendants’ recommendation to Hanmi to appeal, prevented Hanmi from questioning defendants’ advice earlier.

“It goes to the crux of this case and suggests that the defendants knew they had committed an error. Yet, they concealed that fact from the Bank and continued to encourage the Bank to pursue a course of action which they knew was untrue and misrepresented the law,” Cunningham observed.

Cunningham was left scratching her head over defendants’ argument Hanmi should have rejected defendants’ advice after Hanmi was prohibited from again refiling the foreclosure actions.

“Counsel for the defendants suggested that in order to avoid the statute of limitations issue, the Bank could and should have pursued its malpractice action against the defendants while still being represented by them. This defies the reality of legal representation and common behavior between trusted lawyers and their clients,” Cunningham stated.

Hanmi is represented by the Chicago firm of Schiff Gorman.

Defendants are represented by the Chicago firm of Flaherty Youngerman.