An ex-tenant in a Loop office building run by Jones Lang LaSalle has won the chance to continue its class action lawsuit against the property management company, accusing JLL of illegally conspiring with unions to run a racket forcing tenants to use union labor, rather than less expensive non-union contractors, for renovations and other work.

On May 28, U.S. Magistrate Judge Sunil R. Harjani rejected JLL’s bid to dismiss the legal action brought by plaintiff Wacker Drive Executive Suites and perhaps a class of thousands of other current and past tenants in buildings run by JLL in Chicago, who may have been subjected to the alleged so-called “hot cargo agreement,” designed to generate “kickbacks” to certain labor unions in exchange for labor piece at JLL-run buildings.

“By alleging that JLL used fear of economic harm or loss to impose the union-only rule on WDES and obtain property to which JLL has no lawful claim because it is based on an illegal hot cargo agreement, WDES’s Complaint plausibly pleads wrongful conduct by JLL,” Judge Harjani wrote. 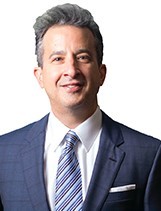 The decision allows the lawsuit to pass its first major procedural test since it was filed in the U.S. District Court for the Northern District of Illinois in August 2018.

In that lawsuit, Wacker Drive Executive Suites LLC accused JLL of violating federal anti-racketeering law and other statutes for the company’s actions in conjunction with three labor unions. The lawsuit identifies the unions as the International Union of Operating Engineers Local 399, AFL-CIO; Service Employees International Union Local 1; and Teamsters Local 705. The labor unions are not named as defendants in the lawsuit.

According to the lawsuit, JLL has allowed the union locals to “restrict access to its buildings by any non-union contractors” since at least 2014.

According to the lawsuit, JLL holds collective bargaining agreements with IUOE Local 399 and SEIU Local 1. JLL does not hold any CBA with Teamsters Local 705, but WDES alleges JLL has still allowed that union to bar non-union movers from working in the building.

WDES was a JLL tenant from 2005-2017, leasing the third floor of a 31-story office high rise at 125 S. Wacker Drive, at the corner of Wacker and Adams Street, according to the complaint.

In the complaint, WDES alleged JLL and the unions have struck an illegal “hot cargo” deal, whereby JLL agreed to require tenants to use only union labor when contracting virtually any work on their office spaces.

“This is effectively a kickback by JLL to the unionized contractors who would otherwise not get hired by the tenants,” WDES alleged in its complaint.

In response, JLL did not dispute tenants are required to exclusively use unionized contractors. However, the management company disputed WDES’ framing of the arrangement, saying it is merely enforcing the property owners’ rules, to which all tenants agree when they sign the lease.

And they say the arrangement is legal under federal labor laws, because they don’t require tenants to use specific labor unions and don’t control the tenants’ construction sites or their projects.

Further, JLL asserted its actions should fall under an exception to the law’s general prohibition on hot cargo agreements reserved for “employers in the construction industry.”

They asked the judge to dismiss the case.

WDES, however, disputed JLL’s self-characterization. And the judge said questions surrounding that dispute, as well as the degree to which JLL actually exerts control over tenants’ construction projects, deserve a fuller hearing in later proceedings.

Further, the judge said it was unclear from the tenant rule book cited by JLL whether the property rules JLL claims to be enforcing were authored by the building ownership that hired JLL, or by JLL itself, as the manager.

“The lease provides that all tenants ‘shall observe and comply with the Rules and Regulations, as supplemented or amended from time to time,’” the judge wrote, citing the rule book. “The Rules and Regulations state that they were ‘developed by building management of 125 S. Wacker Drive to provide information regarding procedures for the building.’

“The Complaint’s allegations and these documents allow a reasonable inference that although the lease requires WDES to follow building rules, JLL, not the landlord, may have ‘developed’ or created the union-only rule.”

The judge also said more discussion and argument is required to vet the dispute between WDES and JLL over whether JLL “extorted” money from WDES and other tenants under the union-only rules. JLL said it received no benefit from the rules.

But the judge said legal precedent holds JLL could still be held liable for extortion on behalf of a third party – in this case, the three labor unions.

The judge noted WDES has accused the JLL of using “coercion” – in this case, “fear of economic loss” – and more proceedings, again, are needed to sort out whether that alleged coercion was legal or illegal.

WDES is represented by the Chicago firms of Stephan Zouras LLP and Foster PC, and Walner Law Firm, of suburban Northbrook.

JLL is represented by the firm of Morgan Lewis & Bockius, of Chicago.