Lawyers for the village of Melrose Park say two people appointed by Gov. JB Pritzker to a state hospital regulatory panel improperly voted to allow a controversy-plagued hospital to close, because their appointments had not yet been approved by the state Senate.

On May 28, attorneys with the firm of Edelson P.C., of Chicago, filed an amended complaint in Cook County Circuit Court, renewing their request that a judge strike down the decision of the Illinois Health Facilities and Services Review Board, which would have granted the owners of Westlake Hospital the right to shutter the purportedly unprofitable health care facility.

The complaint lays out several counts against the Review Board, accusing the board of misunderstanding its obligations under the law, yet voting to give Westlake’s owner, Pipeline Health, permission to close the hospital. 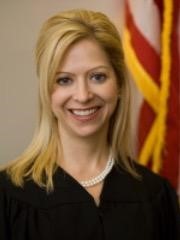 Among the allegations, Melrose Park’s lawyers said the board vote should be considered void because two of those who voted on the closure request at the April 30 Review Board meeting, identified as Julie Hamos and Michael Gelder, had been appointed to the board by Pritzker, yet had not been approved by state senators, when they voted at the board meeting.

Following the vote, Pritzker retracted the nominations of Hamos and Gelder, seemingly in response to the votes cast by the two would-be Review Board members.

A Cook County judge granted their request for an injunction blocking Westlake Hospital from closing, as the courts sort out the litigation.

The litigation has continued for weeks, since Pipeline Health first moved to close Westlake Hospital.

In a related lawsuit filed earlier this spring, Melrose Park asserted Pipeline violated Illinois law governing hospital operations when it moved to close the hospital shortly after acquiring it along with other suburban hospitals in January.

Pipeline has asserted the hospital is losing $15 million a year, and the hospital’s services can be absorbed by others in the region.

The village hired the Edelson lawyers to help with the fight, promising them a cut of the property tax money the hospital would pay from 2020-2022, should they succeed in keeping the hospital open. Westlake Hospital is not tax exempt.

The Cook County State’s Attorney’s Office joined the court fight after a state appellate panel found the village had no standing on its own under the law to bring the lawsuit. In their decision, however, the state appeals justices said the litigation could proceed if it were led by a state’s attorney. Foxx, whose office has hired the Edelson firm in other matters, filed a motion to intervene in the case almost immediately.

After a court order forced them to keep the hospital open, Pipeline Health filed a request with the Illinois Health Facilities and Services Review Board for approval to close the hospital anyway.

In the May 28 amended complaint, Melrose Park said the law did not require the approval, particularly since the closure was the subject of pending litigation. They said the Illinois Attorney General and the board’s counsel both advised the Review Board the law should require the board to defer the matter until the village’s initial lawsuit was resolved.

However, Melrose Park further argued the Review Board should never have considered Pipeline’s closure request in the first place, because Pipeline’s move to close the hospital allegedly reneged on its commitment to the Review Board earlier to maintain Westlake’s level of charity care for at least two years.

This, Melrose Park asserted, “unilaterally changed the scope of the project in a way that would have required Board approval” and invalidated the kind of permission granted by the Review Board, known as a “change of ownership exemption.”

The exemption is different from an explicit permit to change ownership, which would have granted Pipeline more legal leeway in moving to close the facility, Melrose Park asserted.

“Pipeline now owns the Hospital without a valid change of ownership exemption,” Melrose Park said. “An entity that lacks a valid permit or exemption to own a hospital has no standing to seek to discontinue it.

“The Board’s purported approval of the application to discontinue Westlake Hospital when that application was moot must be invalidated.”

Even if Pipeline had standing to bring the closure request, however, Melrose Park asserted the Review Board’s vote was illegal and should be considered void because Hamos and Gelder participated in the action, even though their nominations had not been confirmed by the state Senate.

Judge Loftus has served on the Cook County bench since 2014, when she was first appointed. She was elected judge in 2016.

Prior to becoming a judge, Loftus practiced law with the firm of Hall Prangle & Schoonveld.

While she has upheld the injunctions to date, Loftus in other rulings has noted discomfort with the idea of placing a judge in the position of running a hospital. In a ruling denying the village’s request to find Pipeline in contempt, Loftus said she agreed with Pipeline’s assertions that “the judicial system is ill-qualified to run a hospital.”

However, she said more and fuller arguments are needed for her to decide the proper course here, as case law to this point provides little guidance on how to handle the question of what to do with a request to close a health facility, should a local government object to the closure.