The owner of Westlake Hospital in Melrose Park said village officials and Cook County State’s Attorney Kim Foxx have no skin in the game to keep the financially struggling facility open against the owner’s wishes.

The hospital’s owner, California-based Pipeline Health, was given permission to close April 30 by the Illinois Health Facilities and Services Review Board, because the facility is not “economically feasible” to operate. Such permission is needed under the Illinois Planning Act, which is to promote “orderly and economic development of health care facilities.”

Melrose Park officials and Cook County State’s Attorney Kim Foxx are arguing the hospital is necessary for the community’s economic well-being and provides addiction and mental health treatment, as well as a large amount of charity care. The village and Foxx have gone to Cook County Circuit Court to have a judge override the board’s decision and obtained a court order  that prevents the closing, while their legal action is pending. 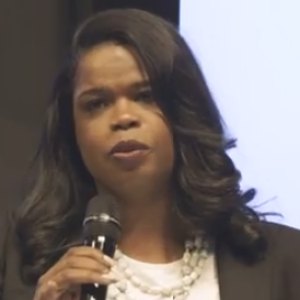 Pipeline is arguing neither the village nor state’s attorney have standing to block the closure.

Pipeline bought Westlake Hospital in 2018, along with other hospitals in Oak Park and Chicago, then announced in February 2019 they wanted to shutter Westlake, saying the facility lost $15 million last year and operates at only 30 percent capacity. Further, Pipeline said Westlake’s services can be absorbed by regional hospitals.

Pipeline filed a motion June 18 to dismiss the legal actions brought by the village and Foxx, in which Melrose Park and the State's Attorney's Office ask a judge to overturn the board’s decision that approved the closing.

Pipeline is contending the law only lets parties, who have been “adversely affected” by a board decision, contest the decision. In Pipeline’s view, the village and Foxx were not so affected. Rather, Illinois appellate court rulings have “consistently defined” adversely affected parties to be competing health care facilities, according to Pipeline.

The village and Foxx also claim the board should have deferred action on Pipeline’s application to close, because state administrative code requires deferral when the application is the subject of litigation. Pipeline countered this interpretation is wrong.

“This rule, by its plain terms, does not require deferral whenever there is pending litigation regarding a hospital, or even the closure of a hospital. Instead, its application is expressly limited to those instances where the application is the subject of litigation. The Board, with its expertise and experience, is well equipped to determine the circumstances where this rule applies,” Pipeline stated.

Additionally, the village and Foxx contend the board’s action was invalid, because Pipeline did not legitimately gain official approval to own a hospital in the first place. The village and Foxx have argued Pipeline obtained permission under allegedly false pretenses by promising to keep the facility open. As a consequence, Pipeline has no right to now “discontinue” that permission it never properly had.

Pipeline derided this contention as “illogical and senseless,” and a “circular argument,” saying the board found no reason months ago to withhold permission to operate, and neither the village, the state’s attorney nor anyone else challenged the board when it granted that permission.

The village was originally alone in trying to stop Pipeline, winning in circuit court, but losing on appeal. The appellate court found the village had no standing to sue, but noted the Cook County State’s Attorney’s Office could potentially do so. Foxx then entered the case.

Pipeline’s move to shut down Westlake has created, what a spokesman for the Illinois Hospital Association has called, an “incredibly complicated, complex set of circumstances."

The legal fray has drawn in Gov. JB Pritzker, who ousted his two appointees to the board, after they voted with the five other members to allow Westlake to close. The village’s attorneys contended the two members had not yet been approved by state senators when they voted, which invalidated their votes.

Pipeline argued even without the votes of the two Pritzker appointees, the request to shut down Westlake would have passed.

Melrose Park is represented by the Chicago firm of Edelson P.C.

If Edelson wins, it collects as payment 15 percent of the tax increment generated by the hospital for three years, beginning in February 2020, as well as 20 percent of any money the village receives from a judgment or settlement with Pipeline. The village will also reimburse Edelson for costs in the matter, if the village prevails.

Pipeline is represented by Riley, Safer, Holmes & Cancila, of Chicago.