CHICAGO — A federal judge has certified a class action from women suing the town of Cicero over its accommodations for female detainees at its police lockup.

In an opinion issued June 3, U.S. District Judge Matthew Kennelly of the Northern District of Illinois certified the class as including between 500 and 600 women detained at the Cicero Police Department for at least eight hours dating back to May 18, 2016. Kennelly also appointed attorneys Adele D. Nicholas, Mark G. Weinberg, and Richard Dvorak as class counsel. 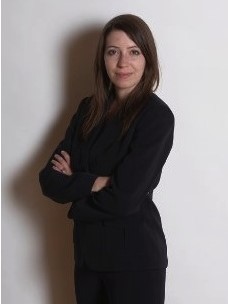 Kennelly said Cicero has submitted evidence it claims shows the women's claims are not legitmate, including "a 36-inch-long brick wall (which) blocks any direct view of a person using the toilet" and "a video recording which ... demonstrates that the surveillance camera did not offer a view of the plaintiffs' genitalia," as well as "numerous declarations from police officers who worked in the facility who state that they never intentionally or unintentionally viewed female inmates' genitals.”

Despite those submissions, Kennelly wrote, the town didn’t make a successful argument against class certification.

Rather, he said, the evidence is strong enough to allow the class claims to move forward together, even if they may be ultimately easily defeated at a later stage.

Kennelly acknowledged there are instances in which the merits of a claim can be weighed in determining certification. But the judge pointed to a 2016 U.S. Supreme Court opinion in Tyson Foods v. Bouaphakeo in which the court explained if “the concern about the proposed class is not that it exhibits some fatal dissimilarity but, rather, a fatal similarity — [an alleged] failure of proof as to an element of the plaintiffs’ cause of action — courts should engage that question as a matter of summary judgment, not class certification.”

Since the town’s contentions would defeat the entirety of the claims, Kennelly wrote, its “arguments are thus appropriately considered at the summary judgment stage, not during class certification proceedings.” He also pointed to a 2018 U.S. Seventh Circuit Court of Appeals opinion in Beaton v. SpeedyPC Software in which that panel asserted “certification is largely independent of the merits … and a certified class can go down in flames on the merits.”

Kennelly said Ciciero didn’t raise an issue with the women’s claim for both injunctive and monetary relief, which he noted is important when considering which specific federal rule governs certification.

“Subjective differences among the class members, including the length of their detention and the degree of invasiveness of the alleged searches, may give rise to different damages across the class,” Kennelly wrote, further explaining certification is appropriate only under the rule allowing the type of certification that allows class members to opt out of the litigation and pursue individual claims.

Cicero is defended in the action by attorneys K. Austin Zimmer and Cynthia Sara Grandfield, of the Del Galdo Law Group LLC, of Berwyn.