CHICAGO -- A drug company sued by the widow of a Chicago man, who killed himself after taking the generic form of the antidepressant Paxil, argues that the widow has launched a “frivolous," “topsy-turvy” and "unprecedented" effort to have a Chicago federal district judge override the U.S. Supreme Court and restore a $3 million verdict.

“A final judgment means what the term implies: the case is over. This court should not second-guess the Supreme Court’s conclusion,” pharmaceutical company GlaxoSmithKline said in U.S. District Court Northern District of Illinois.

Wendy Dolin’s husband killed himself in 2010. Dolin alleged he was taking paroxetine, the generic version of GSK’s antidepressant Paxil. She sued GSK, alleging the drug’s label, which is identical for both Paxil and paroxetine and was written by GSK, did not adequately warn users that the drug could increase the risk of suicide. 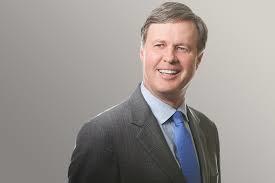 The company has maintained it repeatedly tried to persuade the U.S. Food and Drug Administration to let it upgrade the suicide warnings on the label, but the FDA refused. Dolin countered GSK should have tried harder. A jury agreed with Dolin, handing her a $3 million verdict.

On appeal, GSK was found to have no ultimate control over labels. As a result, the U.S. Court of Appeals for the Seventh Circuit threw out the verdict. In December, Dolin asked the U.S. Supreme Court to take her appeal in view of the high court’s recent holding in a similar case, Merck v. Albrecht, that concerned suits against drugmakers over labels. The court declined, without comment, May 28.

On June 27, Dolin asked Northern District of Illinois Judge William Hart, who presided over the trial at which the $3 million verdict was awarded, to reinstate the verdict. Dolin argued district courts are empowered by court rules to “reexamine a judgment in light of an intervening change of law and to vacate judgments when appropriate.”

“[The] plaintiff’s motion asserts frivolous arguments that this court could adopt only by defying the Supreme Court and the Seventh Circuit. It is so devoid of colorable legal arguments as to warrant the award to GSK of reasonable fees and costs in opposing it,” GSK argued.

The company pointed out the Supreme Court rejected Dolin’s petition, which GSK found “ highly notable,” because either the high court did not believe it was probable that Albrecht would affect Dolin, or "equities" weighed against disturbing the appellate panel's ruling to toss the verdict.

“The Supreme Court is not only the final word in the federal judiciary; it is plainly the best positioned to assess how its own newly issued decision affects other judgments," GSK argued. " If that court saw no basis for granting, vacating, and remanding Dolin in light of Albrecht, it would be grossly improper for this court to effectively undo that determination.”

GSK warned of possible fallout if Dolin gets her way.

“[The] plaintiff’s approach would open up a limitless exception to the finality of judgments and the stability of the rule of law," GSK said. "Doing so would allow potentially thousands of plaintiffs in cases like Dolin’s to vacate judgments that could be anywhere from months to decades old. Potentially thousands of defendants could likewise reopen judgments against them and dissolve any monetary or equitable constraints they faced.

“Finality would be replaced with endless re-litigation, compromising the stability of the legal system. This topsy-turvy approach is at odds with the bedrock notion that district courts cannot overrule appellate decisions.”

Dolin is represented by attorneys with Baum, Hedlund, Aristei & Goldman of Los Angeles, and Rapoport Law Offices of Chicago.

GSK is represented by attorney Andrew Bayman and others with the firm of King & Spalding, of Atlanta, and the firms of Dentons US LLP and Husch Blackwell LLP, both of Chicago; Phillips Lytle LLP, of Buffalo; and Troutman Sanders LLP, of Atlanta.