'Legal work ... can be done in Naperville': City services tax idea has professionals, associations on guard

Brian Bernardoni doesn’t believe law firms, accounting firms and other “high-end” professional service businesses necessarily will rush out of the Loop if Chicago’s mayor gets the new taxing power she wants.

But it doesn’t mean they still wouldn’t leave a big hole to fill.

“Are they going to move out entirely? No,” said Bernardoni, senior director of government affairs and public policy at the Chicago Association of Realtors. 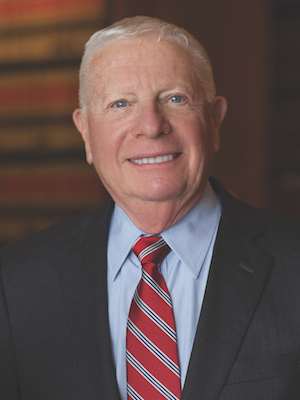 “But when they have property taxes going up exponentially, and now you’re talking about adding a tax on services, these businesses can move out of Chicago, they can decrease the footprint they have in some of their buildings and they will pass along their added costs to the people they do business with.

“In the end, this would be a tax on the rank-and-file Chicagoans, the regular people who need their services.”

Facing a growing need for additional revenue to meet the city’s burgeoning public pension liabilities, Chicago Mayor Lori Lightfoot has in recent weeks indicated plans to ask the Illinois General Assembly to change the law to allow City Hall to expand its sales taxing power to include certain services.

The mayor hasn’t produced any kind of concrete or detailed plan to date. However, she has said the tax could be placed on “high-end” legal and accounting services in the city. That coincides with language she used during her election campaign, when she similarly singled out “high value” law and accounting firms as potential taxation targets.

In public statements, Lightfoot said the tax could generate millions of dollars to help the city grapple with an expected need to come up with $1 billion more to cover public worker pension costs. She said the tax would be deployed as a means of generating revenue without “balancing the budget on the backs of low-wage and working-class folks” and to “make sure that people of means absolutely pay their fair share.”

While industry insiders during the campaign declined to speak with the Cook County Record about the potential impact of a new services tax, with Lightfoot now wielding the power of the mayor’s office, a number of those professionals and their trade association representatives are already lining up to publicly oppose even the concept of such a city tax.

Orland Park attorney and Illinois State Bar Association President David Sosin said ISBA’s leadership is concerned about the impact of the tax on the legal profession in Chicago and potentially elsewhere in Illinois.

To begin, he said such a tax would likely lead a number of law firms to either trim their operations in Chicago’s downtown business hub, or leave the city entirely, opening new offices in the suburbs or beefing up their locations elsewhere. He said it could also lead to clients from the suburbs opting not to do business with law firms in the city, to escape exposure to a Chicago city tax.

Law firms and other professional service businesses make up a large portion of the city’s business ecosystem. According to an economic impact study published in 2017 by the Building Owners and Managers Association of Chicago, law firms gobbled up nearly 18 percent the 165.8 million square feet of office space in 235 Chicago buildings overseen by BOMA members. Financial institutions accounted for 21.9 percent of the space. And “professional and business services,” including insurance, consulting and “companies offering B2C (business to consumer) and B2B (business to business) services” claimed an additional 10.6 percent.

Collectively, these professional service businesses accounted for about half of all office space in the BOMA survey.

John Rutledge, a Wheaton-based commercial real estate agent and board member of the Northern Illinois Commercial Association of Realtors, said a city services tax would likely cause a number of firms to look at relocating at least some of their operations outside the city, to hold down their prices, if not their costs.

“Any additional cost is just going to be passed on to their clients, so clients are probably going to like that (relocating elsewhere),” Rutledge said. “And I can see businesses shifting work to the suburbs.

Rutledge acknowledged a push by many companies, such as McDonald’s and Archer Daniels Midland, to relocate offices and corporate headquarters, to Chicago, in part to take advantage of what they say is a deeper pool of skilled workers in the city of Chicago, versus the suburbs or other parts of Illinois.

“It’s not something that would change immediately, overnight,” he said.

But he said a tax on services would begin to be felt before long, especially “at the margins.”

“Even if, say, only 2 percent of the work is relocated to Naperville, or wherever, it’s going to create more vacancy, less demand and place downward pressure on rents."

That downward pressure and reduced demand could lead to lenders, in turn, taking a second look at their support for new commercial real estate projects in the Loop or elsewhere in the city, Rutledge said.

With the possibility of law firms and others seeking to sidestep the tax, Sosin said ISBA is concerned the tax could not be limited to just high-end firms, or even confined to just the city itself, but could be imposed statewide, on a host of service businesses and transactions currently not taxed.

While it could generate large sums for government, Sosin and others said they are worried the tax would dampen the demand for professional services or even lead some to avoid hiring professionals altogether.

“Sometimes, legal work is an elective expense,” Sosin said. “Other times, it’s not. People get evicted. They get divorced. Their parents die. It’s not things they elect to have happen to them. But they need a lawyer, and it’s not a good thing for people to forego the help they need, because a tax makes it too expensive.

“This would be yet another regressive tax.”

But in a statement provided by BOMA, Cornicelli said: “While the details of Mayor Lightfoot’s service tax proposal are still forthcoming, there’s no question that new taxes will make it more difficult to do business in Chicago.

“On top of an already onerous property tax burden, we believe that adding yet another layer of taxes onto the tenants in our buildings will result in delayed hiring, reduced staffing, or companies moving out of the City, and possibly closing their doors entirely.”

Bernardoni, with the Chicago realtors’ association, echoed those concerns.

He said his association worries such a tax would drive up the cost of any kind of real estate transaction, including residential sales, as nearly every transaction would include a lawyer, accountant or other professional potentially subject to such a tax.

“If you want to continue to try to make Chicago an unaffordable place to live and do business, this is a great way to do it,” Bernardoni said.

Sosin and Bernardoni said their associations will talk with Mayor Lightfoot and other city and state officials when measures and plans specifying details of the tax are unveiled in Chicago or Springfield, to encourage the mayor to explore other “alternatives” and discuss “other solutions” to the city’s pension concerns.

Neither Sosin nor Bernardoni would discuss what alternatives they may bring to the mayor or state lawmakers.

“Clearly, it’s always the details that can affect what’s done, and how it’s done,” said Sosin. “But we are very concerned about this, for a number of reasons.”