One Cook County judge sits in the position to potentially award another Cook County judge millions of dollars in attorney fees for the other judge’s prior legal work on an 18-year-old case. Now, a group of business partners have asked the judge to reject a deal they say would allow attorneys suing them to sidestep a court order giving the partners access to the information they need to challenge the other judge’s windfall fee request.

On July 16, attorneys for the business partners filed a brief in Cook County Circuit Court asking Cook County Associate Judge Neil H. Cohen to reject a request from the lawyers on the other side to sign off on an agreement between Cohen’s colleague, Cook County Circuit Judge Patrick Sherlock, and Sherlock’s former law partner Peter B. Carey, and attorneys from the firm of Edward T. Joyce & Associates.

The proposed deal would allow Sherlock and Carey to draw their legal fees, which they estimate to be worth $2.4 million, from the same pot of fees which might be awarded to the Joyce lawyers, who succeeded Sherlock and Carey in representing the plaintiffs in the long-running court fight. 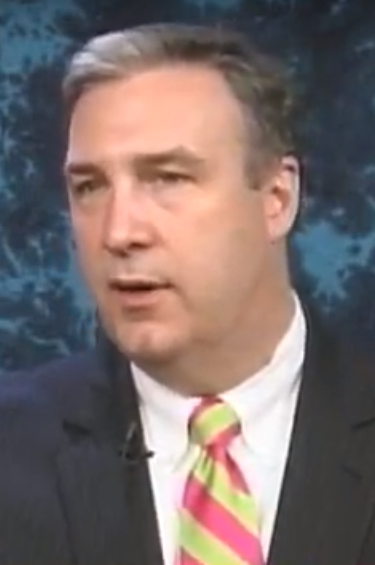 The order sought by the Joyce lawyers would cut off discovery over a fee petition from Carey and Sherlock.

Attorneys for the defendant business partners, however, said the order would do nothing to help Judge Cohen avoid the “potential for the appearance of impropriety” in the case.

“A reasonable observer could conclude that the size of any fee award was influenced by Judge Sherlock’s continuing claimant status, and that circumstance is just as unacceptable now as it was when the Court first recognized it…”

The case at the heart of the matter landed in Cook County court in 2001, when a group of investors filed suit against a group that ran partnerships incorporated in the 1990s to invest in bonds issued by the suburban villages of Broadview and Bedford Park.

According to the lawsuit, the villages paid the bond investors from certain of those villages’ Tax Increment Financing (TIF) funds, which are, in turn, funded from property tax revenue.

According to the lawsuit, the defendants, including Dennis Hiffman, E. Thomas Collins Jr. and Richard Hulina, identified in court documents collectively as HCH, allegedly directed the proceeds to themselves. The plaintiffs alleged the defendants amassed as much as $24 million to $50 million.

The HCH defendants have contested the allegations since the lawsuit was first filed by Carey and Sherlock, who were representing the plaintiffs.

Carey and Sherlock stepped away from the case in 2003, and were replaced by lawyers with the Joyce firm.

Sherlock is also son-in-law to Edward Joyce, principal at the Joyce law firm.

The HCH lawsuit is assigned to the county courts’ Chancery Division.

In December 2018, Judge Cohen entered judgment in favor of the plaintiffs, ordering HCH to pay more than $116 million.

About a month after entering judgment, Carey filed a motion for fees, as well, asserting he and Sherlock are owed about $2.4 million for their work on the case from 2001-2003.

Following that fee request, lawyers for the HCH defendants asked Judge Cohen to recuse himself from the case, and order the case transferred to another county entirely.

They argued Judge Sherlock’s position makes it all but impossible for any judge in Cook County to avoid the “appearance of impropriety” in considering a fee petition from a fellow judge.

On May 6, however, Judge Cohen rejected that argument. According to a transcript of the proceedings, Judge Cohen noted there are about 400 judges in Cook County, and he did not personally know Judge Sherlock. He said he did not believe the rules laid out by the Illinois Supreme Court grant the power to any single judge to order all judges in a county to recuse themselves from a particular matter.

Judge Cohen noted the HCH defendants have known of Sherlock’s involvement in the case from the start, and knew Sherlock had become a judge, yet did not object to having the case heard in Cook County until Carey filed the fee request.

Judge Cohen said he did not believe there was an appearance of impropriety in the case, but said he believed it best to rule on the Carey and Sherlock fee request first to ameliorate any lingering concerns.

In the weeks after his recusal refusal, Cohen followed with orders setting up discovery to aid the parties in arguing their sides in the Carey-Sherlock fee request dispute.

They argued this should cut off discovery over the fee request because under the agreement, “neither Plaintiffs nor Defendants have any interest in what amount, if any, is paid to Carey and Sherlock.”

The motion prompted the July 16 reply from the HCH defendants, who said the agreement does nothing to address the underlying concerns over the fee petition.

“The source of the funds to pay the (Carey-Sherlock) Fee Petition … was never at the heart of the Court’s reasoning regarding discovery and the procedural order in which the remainder of this case would be litigated,” the HCH defendants said.

The deal, they said, does “not change the potential for the appearance of impropriety because Judge Sherlock and Mr. Carey are still claimants seeking an award of fees from this Court…”

They argued a “reasonable observer” could question whether any fee award granted to the Joyce firm and other plaintiffs’ lawyers could have been artificially boosted to fund the fees ultimately paid to Carey and Judge Sherlock.

“Because the burden of any fee award is ultimately to be borne by HCH, they have standing to challenge it,” the HCH defendants wrote.

They said that ability to challenge the fees, and conduct the discovery needed to uncover the evidence needed to do so, does not disappear because the plaintiffs’ lawyers “now seek to utilize the Joyce firm as a conduit for the flow of fees to Mr. Carey and Judge Sherlock.”

The HCH defendants are represented in the action by attorneys from the firms of Thompson Coburn LLP, Locke Lord LLP, Ice Miller LLP and Tabet DiVito & Rothstein LLC, all of Chicago.