A new wave of lawsuits and regulatory actions targeted at employers could begin rolling into the local courts, perhaps by the end of next year, after the city of Chicago became the latest government to establish an ordinance setting new rules for how employers can schedule their workers.

This week, the Chicago City Council approved its new so-called Fair Workweek Ordinance. The measure, for the first time, establishes city oversight of how thousands of workers in Chicago can be scheduled for work shifts.

Generally, the new rule, supported by Chicago Mayor Lori Lightfoot, would require a large number of employers to publish their workers’ shift schedules at least 10 days in advance of the first work day in each new schedule. 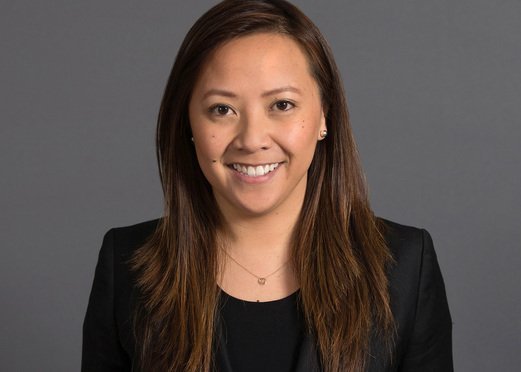 Should that work schedule change after it is posted, those “covered employers” must provide affected workers with so-called “predictability pay” – an additional amount equal to one hour of pay at the employees’ regular pay rate.

Should an employer cancel a shift within 24 hours of the scheduled shift, the employer would need to play 50% of the regular rate for any of the cancelled work hours.

The ordinance does not cover all employers or all employees. But it would still mark “a huge change for employers,” said attorney Tracy Billows, chair of the Labor & Employment Department in the Chicago office of the Seyfarth & Shaw LLP law firm.

“The Chicago ordinance will require attention from employers who are not accustomed to being covered by similar measures in other areas of the country,” said Billows.

The Chicago ordinance would also grant a raft of new rights to eligible employees, including requiring employers to offer existing workers additional work shifts first, before hiring temporary or seasonal workers; allowing workers the right to refuse additional shifts; giving workers the right to request flexible or preferred scheduling; and requiring employers to give employees 10 hours of rest between scheduled work days, or to compensate those workers with higher pay, as set by the ordinance.

The ordinance takes effect July 1, 2020, for most covered employers, and in 2022 for health care businesses.

“Employers will also have to be more cognizant of their busy and slow periods because under the ordinance, they will face financial penalties for both calling an employee in and sending an employee home early,” said Jessica Causgrove, an attorney with the Chicago office of the Fisher Phillips firm.

The Chicago ordinance is not unique in the country. A number of large politically progressive cities, including San Francisco, Seattle, New York and Philadelphia, have enacted similar ordinances. Oregon has established a predictive scheduling law statewide.

However, the Chicago ordinance would still reach farther than any of those other laws, said Billows.

“Those who have grappled with fair workweek laws in other jurisdictions will not be surprised to learn that the Ordinance applies to the hospitality, retail and restaurant industries,” Billows said. “But the Chicago Ordinance goes much further, encompassing health care, manufacturing, warehouse services and building services.”

After the ordinance was introduced, business groups, including those representing hospitals, manufacturers and retailers, among others, lobbied the mayor’s office and aldermen to soften the ordinance.

Most small businesses would be exempted from the ordinance. It would apply to most for-profit companies within those covered industries, who have at least 100 employees total, including at least 50 of which are employed in the city and meet the requirements for coverage under the scheduling ordinance.

Restaurants must have at least 250 employees and more than 30 locations to be covered by the ordinance’s rules.

But while the business groups dropped their opposition to the ordinance after securing the concessions, the ordinance could still open a host of employers to a new wave of litigation and regulatory actions.

The law establishes a raft of financial fines and penalties for employers accused of violating the new rules. Employers could be subject to a fine of $300-$500 per violation, with the ordinance defining a violation as each employee whose rights under the ordinance were violated, and each day of the continuing violation.

“The penalties for non-compliance can add up,” said Billows.

The ordinance also establishes a so-called “private right of action,” allowing employees to sue their employers for violating the ordinance.

Lawsuits must follow a complaint filed first with the city’s Department of Business Affairs and Consumer Protection.

But after that, employees would be allowed to file a lawsuit within two years of an alleged violation, and would allow the employee to pursue “unpaid unpredictability pay,” as well as attorney fees.

Businesses in Chicago and elsewhere in Illinois have been subjected in recent years to an ever-growing number of lawsuits, filed as individual complaints and as class actions, under federal, state and local labor laws.

The new Chicago ordinance could give plaintiffs’ lawyers another weapon in their arsenal to wield in such lawsuits against employers, the lawyers said.

While the ordinance does not contain any language related to class actions, other city ordinances, such as the city’s Residential Landlord-Tenant Ordinance, have given lawyers the chance to reap fees by suing landlords for not providing tenants with the required notice of their rights under the law, or for not paying cents in interest on security deposits.

Further, employers should be wary of new rules and regulations that the city’s Department of Business Affairs and Consumer Protection could produce in coming months and years under the ordinance, which could impose still further regulatory requirements on employers and seek to extend the reach of the ordinance.

Looking still deeper into the future, however, Causgrove said businesses beyond Chicago should also take note of the real possibility the rules established in Chicago could quickly become law throughout Illinois, particularly given the Chicago-dominated Democratic supermajority government in Springfield under Gov. JB Pritzker.

“Like many employment laws in Illinois, it usually starts with an ordinance in Chicago,” Causgrove said. “For example, Chicago raised the minimum wage back in 2014.

“Illinois shortly followed suit raising the minimum wage for all of Illinois to meet that of Chicago in 2019. Therefore, we can expect Illinois to follow shortly after, especially under the current governor’s administration.”