An Illinois appeals panel rejected a lawsuit by a disbarred McHenry County lawyer who claimed his former wife defamed him and had him falsely charged with harassment, finding his allegations "unreasonable" and lacking "precision."

The decision was penned Aug. 5 by Justice John Griffin, with concurrence from justices Mary Mikva and Carl Walker of Illinois First District Appellate Court. The ruling was issued under Illinois Supreme Court Rule 23, which means it may not be cited as precedent except in circumstances allowed by the rule.

The decision favored Kathryn Crivolio in an action against her by Mark McCombs filed in 2016 in Cook County Circuit Court. The suit alleged malicious prosecution, abuse of process, conspiracy and defamation. McCombs also sought sanctions. 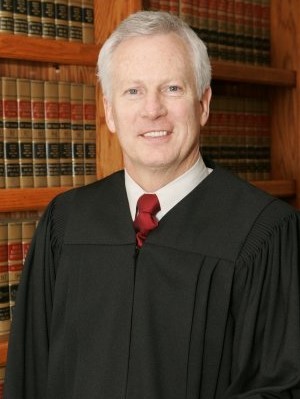 Crivolio started divorce proceedings, which became contentious, against McCombs in 2010. McCombs was a lawyer who, while serving as counsel to the south suburban Village of Calumet Park on economic development matters, allegedly stole about $700,000 from the village between 2002 and 2010 by billing work he never performed. McCombs went to prison in 2011 for theft and was disbarred a few months later, according to records. He had been a licensed lawyer in Illinois since 1984 and had an office in Hebron, which is just south of the Illinois-Wisconsin border.

During the time McCombs was in prison, Crivolio alleged he sent her 725 harassing emails over six months and repeatedly threatened to launch contempt proceedings. She tried to institute a protection order against McCombs, but a judge found she did not have adequate grounds. Crivolio then had prosecutors file a harassment charge, but a judge dismissed it. A charge of disorderly conduct was lodged, but this charge was also dismissed.

McCombs did not deny sending the emails but said they did not constitute harassment. McCombs additionally alleged Crivolio conspired with a "friend" in the state's attorney's office to get him charged.

"You have stolen from me, your employers, your client's (sic) and your own mother,” Crivolio said in an email to McCombs. He said Crivolio also made this statement to his family and others, smearing his reputation.

McCombs said he was denied early parole because of Crivolio's actions.

His suit and demand for sanctions were thrown out in May 2018 by Circuit Judge Kathy Flanagan on grounds the allegations lacked substance.

"It would be unreasonable to hold a person liable for making factually true allegations to a court and a prosecutor simply because they do not ultimately result in the obtainment of an order of protection or a successful criminal prosecution," Griffin said. Crivolio "only reported conduct to authorities and to the court that plaintiff does not factually dispute. If the factually accurate complaints about plaintiff’s conduct caused the Department of Corrections to deny plaintiff early parole or early release from custody, those were matters beyond defendant’s control and cannot be the basis for liability for malicious prosecution. A person does not commit malicious prosecution by presenting a true set of facts to a prosecutor that the prosecutor decides constitutes a crime and pursues."

Griffin said that merely filing a court case, even with a spiteful motive, is not abuse of the legal system.

As far as the defamation count, Griffin said there was a "total lack of precision and particularity." As examples, Griffin said McCombs did not allege when or how Crivolio transmitted the statement in question or specifically to whom the statement was directed. McCombs also failed to spell out how the statement harmed him.

McCombs, who is no longer in prison, has represented himself in court.

Crivolio has been represented by the Chicago firm of Kaplan, Saunders, Valenti & Beninati.