CHICAGO — A state appeals court has approved sanctions against a woman whose attorney - a now suspended lawyer who once represented Drew Peterson - filed an appeal that judges said contradicts an established settlement and displays a "total lack of respect for the appellate process."

Cook County Judge Jerry Esrig granted summary judgment in favor of Northwestern and McGaw, and although Chernyakova proceeded to trial against Puppala, the parties ultimately settled. 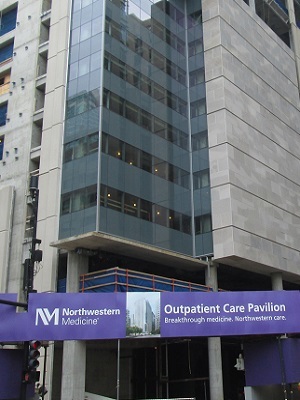 After the $250,000 settlement, Chernyakova appealed the summary judgment. In an opinion issued Aug. 5, a three-justice panel of the Illinois First District Appellate Court said the defendants asked the trial court to unseal the settlement proceedings transcript so it could be considered in the appeal and used to support their motion to dismiss and for sanctions.

“We find that the contents of the unsealed settlement transcript, as well as other materials contained in the supplemental record before us, lead to the inescapable conclusion that this appeal is frivolous and is being pursued in bad faith,” Pierce wrote.

According to court documents, Puppala and Chernyakova knew each other socially before June 13, 2013, when an ambulance took her from Cuvée to the Northwestern emergency room to be admitted for alcohol intoxication. Puppala visited Chernyakova twice in the ER and posted pictures of her in a hospital bed to Instagram and Facebook. Though she wasn’t named or tagged, Pierce wrote, “several of (Chernyakova)’s acquaintances recognized her.”

Northwestern and McGaw moved to unseal a settlement hearing transcript in order to introduce an affidavit from a Northwestern lawyer, Mark Lura, which read, in part: “It is my understanding that pursuant to the settlement, Plaintiff provided Dr. Puppala with a documented admission that she had given her consent to Dr. Puppala to take her picture.” Puppala intended to use that letter when applying for future employment, licensing and certification.

The hospital defendants said Brodsky instructed a court reporter not to give them the transcript. On May 31, the panel denied Chernyakova’s motion to strike the transcript from the record on her appeal, which she asked to be reconsidered.

Pierce wrote that when Chernyakova’s lawyers “described the terms of the settlement to the trial judge while it was being transcribed by a court reporter, any confidences they thought existed evaporated. The erroneous belief that sealing the transcript would preserve those confidential terms does not save them.”

The panel agreed with Elsig’s finding that Chernyakova didn’t prove a compelling interest in restricting access to the transcript. It also delineated between admitting such information to prove liability and to prove what the hospital defendants allege — bad faith. Pierce said the panel agreed to strike certain exhibits, such as emails sent between legal teams after the transcript was unsealed, but it said Chernyakova’s appeal was frivolous.

“The record before this court reflects that (Chernyakova) agreed to tell the world that her claims of misconduct by Puppala did not happen, and that she has told the licensing authority in Georgia just that,” Pierce wrote. “This court will not abide the duplicity of plaintiff’s conduct.”

Pierce wrote that Brodsky’s “total lack of respect for the appellate process is stunning. It manifests a disregard for the truth seeking process, it fails to adhere to the standards of professional conduct and it attacks the fundamental integrity of our judicial system.”

Brodsky led the defense of Drew Peterson, a former police sergeant who was convicted in 2012 of killing his third wife. Brodsky was suspended from practicing law in Illinois on June 19 after a state disciplinary agency accused him of ethical violations.

The panel  indicated a supplemental opinion would be issued to spell out monetary sanctions, instructing Northwestern and McGaw should file a statement of attorney fees and cost to be awarded. The appeals panel said it would also forward a copy of its opinion to the Illinois Attorney Registration and Discipline Commission for consideration.

According to Cook County court records, Northwestern has been represented in the case by attorneys with the firm of Anderson Rasor & Partners, of Chicago.