Judge: Sterigenics can still be sued in Cook County court, even if complied with federal clean air rules

Medical device sterilization company Sterigenics will need to defend itself in Cook County court against a host of lawsuits brought by trial lawyers on behalf of people living in communities surrounding Sterigenics’ Willowbrook facility, as the judge said the company's compliance with federal clean air rules don't protect it from the lawsuits accusing the company of releasing emissions the lawsuits say caused the plaintiffs' cancer.

On Aug. 15, U.S. District Judge Rebecca Pallmeyer, who serves as chief judge for the Northern District of Illinois, ordered a collection of lawsuits filed against Sterigenics back to Cook County Circuit Court, where they had originally been filed.

In her ruling, Pallmeyer rejected Sterigenics’ assertions the lawsuits amounted to an attempt by the plaintiffs to use litigation to sidestep federal environmental laws and regulations, and extract payment from a company that had not violated any federal or state emissions rules. 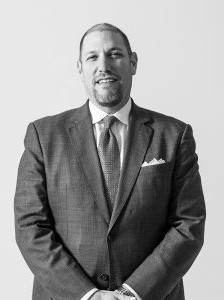 “… Plaintiffs’ claims can succeed without reference to any federal statute,” Pallmeyer wrote. “Even if, as Defendants (Sterigenics) believe, a jury finds that they complied with federal standards, the jury could nevertheless determine that state common law imposes a standard of care higher than that expressly required by federal law.”

Sterigenics has contested the lawsuits since they were filed in Cook County court a year ago.

Many of the lawsuits came amid public controversy that followed the release of a report from the federal government’s Agency for Toxic Substances and Disease Registry, which asserted air quality measurements obtained by the U.S. Environmental Protection Agency would equate to an elevated cancer risk for people living around the Sterigenics Willowbrook facility as a result of the company’s use of ethylene oxide (EO) gas.

Sterigenics has contested the report’s conclusions. The company said it has never exceeded the emissions limits set by its state operating permit or by federal clean air rules.

However, in response to a public outcry, and citing the ATSDR report, the state of Illinois took action against Sterigenics. The Illinois Attorney General’s office first filed a lawsuit under state law to seek to shut down Sterigenics’ operations. That was followed in February by a so-called “seal order” on the Willowbrook plant, imposed by the Illinois EPA under newly inaugurated Gov. JB Pritzker, which barred Sterigenics from using its stores of EO and shuttered the plant.

A few weeks ago, the company and IEPA announced a potential deal to allow the company to reopen the plant, if Sterigenics installs substantial new equipment to scrub EO emissions before they are released, and complies with a new state law signed in June by Pritzker, establishing the strictest EO emissions standards in the country.

That deal, under a so-called consent order, has been opposed by a group of community activists, based in and around Willowbrook, as well as the city and village governments in the region. A DuPage County judge is expected to decide whether to sign off on the consent order in early September, after allowing the community leaders to file legal briefs weighing in on the matter.

While the state regulatory and legal actions have played out in court, a collection of 11 individual lawsuits against Sterigenics have remained stranded in Chicago federal court.

Shortly after they were filed in Cook County, Sterigenics removed them to federal court. The company claimed the lawsuits represented an attempt to use litigation to rewrite federal clean air rules, and penalize the company for emitting EO at all, even though it had permission under state and federal rules to do so.

The plaintiffs, however, argued the cases had no business in federal court, because their complaints had nothing to do with federal emissions rules, and were based entirely on accusing Sterigenics of being negligent under state law for emitting EO when the company should have known the emissions posed a threat.

The plaintiffs further asserted Novak and Clark belonged on the lawsuits as defendants because both could be held personally liable for allegedly allowing the emissions.

After months of delay on those questions, Judge Pallmeyer sided with the plaintiffs on both questions.

The judge agreed the two individual Sterigenics employees could potentially be on the hook in the cases.

“… Both Novak and Clark are alleged to have been personally involved in the use of ethylene oxide, and both are alleged to have been able to foresee the danger that the use of ethylene oxide posed to the Willowbrook community, of which the Plaintiffs were a part,” Pallmeyer wrote. “Resolving all issues of fact and law in Plaintiffs’ favor, an Illinois court could find both Novak and Clark liable for negligence; this compels the conclusion that neither was fraudulently joined.”

Pallmeyer placed no stock in Sterigenics’ assertions it had not violated any federal rules, and said abiding by those rules does not provide a federal shield for Sterigenics from the plaintiffs’ state law-based lawsuits.

Sterigenics’ argument relies “on the bare existence of federal standards,” yet fails “to identify any particular issue of federal law necessarily raised by the complaints,” Pallmeyer said.

“None of the complaints cite a federal law or regulation, and none of Plaintiffs’ claims require proof that a federal law was violated,” Pallmeyer said.

Sterigenics is represented in the actions by attorney Maja C. Eaton and others with the firm of Sidley Austin LLP, of Chicago.

The plaintiffs in the 11 actions covered by Judge Pallmeyer’s ruling have been represented by attorney Steven A. Hart, Brian H. Eldridge and Antonio M. Romanucci and others with the firms of Hart, McLaughlin & Eldridge; Romanucci & Blandin; Salvi Schostok & Pritchard; the Dolan Law Offices; and Power Rogers & Smith, all of Chicago.