Jeff Sparger, on behalf of his daughter, sued University of Chicago Medical Center and Dr. Bakhtiar Yamini in December 2016, alleging Yamini’s negligence in repairing a spinal fluid leak caused the daughter to develop meningitis. Cook County Judge John Ehlrich ordered Sparger to disclose records from two hospitals the daughter visited before her surgery over his objections they were privileged under the Illinois Mental Health and Development Disabilities Confidentiality Act.

The Spargers’ lawyer, Timothy McArdle, of the Nolan Law Group, of Chicago, respectfully declined the disclosure, putting him in friendly contempt pending appellate review. A three-justice panel of the Illinois First District Appellate Court ruled on the matter in an order issued Aug. 26. Justice Carl Anthony Walker wrote the decision; Justices Mary Mikva and Daniel Pierce concurred. The ruling was issued as an unpublished order under Supreme Court Rule 23, which restricts its use as precedent, except under very limited circumstances. 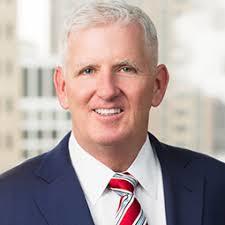 According to the opinion, the surgery took place March 30, 2015, and at an April 27 follow-up visit, Yamini confirmed the leaking spinal fluid and instructed his staff to “overstitch” the surgical wound. Yamini told the Spargers the girl needed to be admitted, but said a nurses’ strike prevented that course. After a pouch developed at the wound site and the girl developed a fever and significant neck pain, Yamini surgically repaired the leak.

During discovery, the Spargers supplied to defense lawyers a report from a neuropsychologist. Edward Hospital and DuPage Medical Group, however, declined to release the girl’s medical records because they contained mental health information. After the Spargers released the information to McArdle, he redacted some information and withheld some others before submitting them to Ehrich for inspection.

The panel said the case is similar to a 2002 Illinois Second District Appellate ruling in Reda v. Advocate Health Care – a case involving knee replacement surgery – which established “a recipient does not place his or her mental condition at issue merely by claiming brain damage,” Walker wrote.

According to the panel, the neuropsychologist’s “report indicated (the daughter) exhibited several cognitive impairments, concluded (her) ‘impaired cognitive presentation is the result of her recent episode of meningitis’ and that (she) presents with signs and symptoms consistent with a traumatic brain injury.”

Since the allegation is a surgical error caused the fluid leak that caused the meningitis that caused the brain damage, any prior mental condition isn’t at issue, the panel determined. It also said disclosure was improper because the information the hospital sought was already in the record from other sources, “especially” the neuropsychologist’s report.

Although Yamini and the hospital cited a 2017 Illinois Third District Appellate opinion, Phifer v. Gingher, as a similar instance in which a plaintiff inserted his or her own mental condition into a lawsuit, Walker said that case was distinguished from Reda. Unlike in Phifer, he wrote, the Spargers’ lawyer stipulated the family “does not seek damages based on psychiatric, psychological and emotional damages and did not allege (the girl) suffered pain and anguish in mind and body, nor is plaintiff claiming psychiatric or psychological injuries.”

The panel further said information in the sealed records can’t absolve the defendants from liability, as it would only address damages. The justices also noted McArdle didn’t wave the right to claim privacy by failing to object when Ehlrich introduced the records to open court, determining he had already asserted the privilege by redacting information.

Finding Ehlrich in the wrong, the panel reversed the discovery order without prejudice and vacated the contempt finding against McCardle.

The defendants are represented by the firm of Brennan Burtker LLC, of Chicago.