CHICAGO -- A labor union and the state have continued to battle over whether the law forces unions to represent all workers in a bargaining unit, whether or not they pay dues.

In federal court in Chicago, the International Union of Operating Engineers Local 150 asserts a U.S. Supreme Court ruling overrides an Illinois law, which forces unions to represent non-union state workers, but the state is arguing the ruling was limited to barring unions from exacting fees from such workers for processing grievances.

Local 150, through its president and business manager, James M. Sweeney, filed suit last year to knock down that part of the Illinois Public Labor Relations Act requiring unions to process grievances for non-union state workers, even if the workers do not pay fees to the union to cover grievance costs. Local 150 argued the law violates union members' constitutional rights to free speech and free association. The local said about 30 union members, out of 3,000 members covered by the law, have left the union. 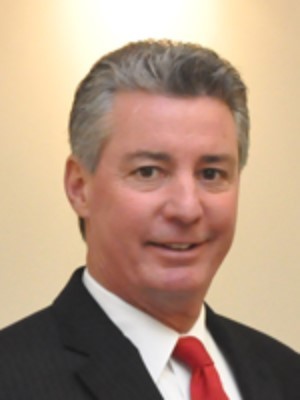 The lawsuit relied on last year’s U.S. Supreme Court decision in Janus v. American Federation of State, County and Municipal Employees. In that ruling, the high court found in favor of Mark Janus, a non-union Illinois state employee, who argued state rules requiring him to pay so-called “agency fees” to the union, ostensibly to cover the costs of collective bargaining and representation, violated his constitutional rights.

"After Janus, we should not be compelled to speak for them or associate with them," Local 150 said.

In a one-page motion for summary judgment, the local asked the judge to rule in its favor on the basis of the Janus decision.

The state recently responded, saying the suit should be tossed, because handling grievances is "part of the territory that comes with the considerable advantages of being the exclusive representative."

"Although Janus struck down the requirement of fair share fees as a form of compelled speech in violation of the First Amendment, it left intact two foundational principles

of labor law — the union’s right of exclusive representation, and the union’s duty of fair representation," the state contended. "Forcing non-union members to pay the fair share fee is what the court found to be the constitutional problem.

"The court recognized that a principle of 'no discrimination' remained in place — that is, a duty of fair representation, stating that 'it is questionable whether the Constitution would permit a public-sector employer to adopt a collective-bargaining agreement that discriminates against nonmembers.' Plaintiffs’ argument that Janus ends the duty of fair representation is defeated by Janus itself."

In addition, the state noted, unions, if they are acting in good faith, do not have to file a grievance every time an employee may want one, and unions may have a representative at a grievance proceeding even if the employee declines representation.

"Unions are not employees," the state argued. "Unions are not compelled to pay fair share fees. On the other hand, employees do not have the right to exclusively represent anybody, and have no cognate legal duty to represent the employees in the bargaining unit fairly and without discrimination. Those rights and responsibilities belong to the union, as they did before Janus and after Janus."

A hearing to address the parties' arguments is not yet set. District Judge Sharon Johnson Coleman is presiding over the case.

The union is represented by lawyers from its Local 150 legal department and from the Indiana, Illinois, Iowa Foundation for Fair Contracting.