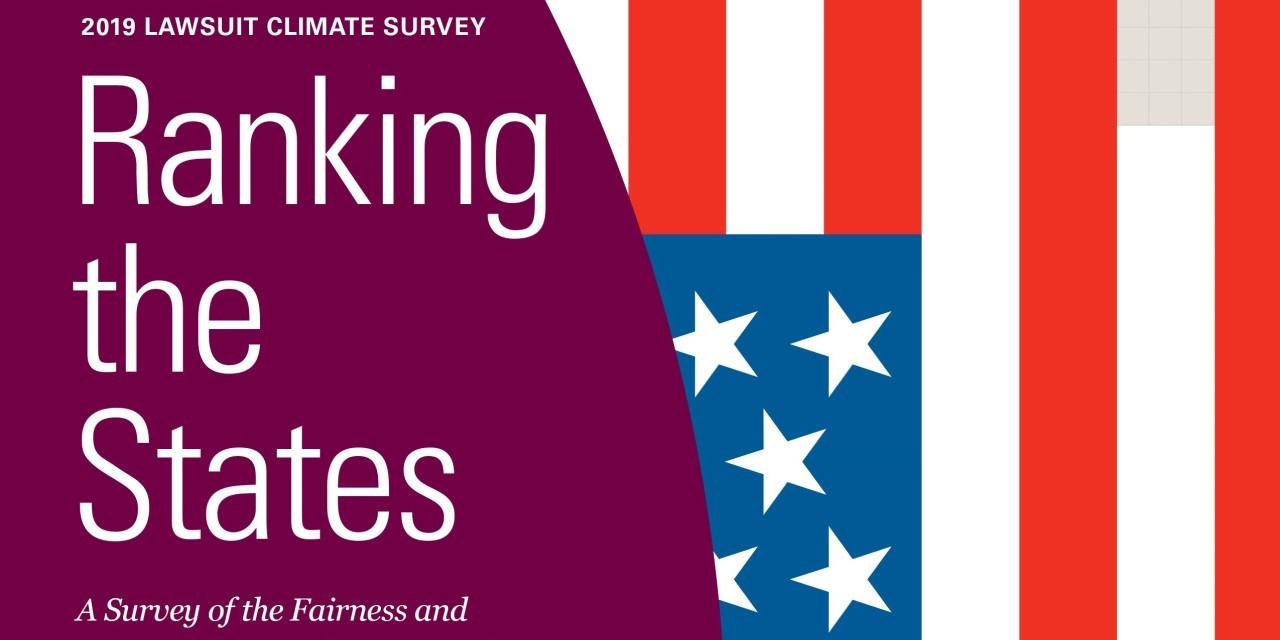 Fueled by a surge in class action lawsuits under a state biometrics privacy law, Chicago’s courts have been ranked the least fair in the country in a nationwide survey of corporate lawyers, helping Illinois to secure the title of worst statewide legal system in the country, according to the survey.

The survey, conducted by Harris Poll, posed a series of questions to what the report said was a national sample of more than 1,300 “in-house general counsel, senior litigators or attorneys, and other senior executives at companies with at least $100 million in annual revenue.” All of the survey respondents were identified as executives or attorneys “knowledgeable about litigation matters” and who “have firsthand, recent litigation experience within the last five years in each state they evaluate.”

Delaware, for instance, claimed the top spot as the best and most fair legal system in the country, thanks to its “crackdown on meritless securities class action litigation,” “high quality judges” and “its predictable and stable legal environment.”

Rounding out the Top 5 states were Maine, Connecticut, Wyoming and Alaska.

However, in certain court systems in the U.S., the trend has not been so positive, the report said. Survey respondents ranked the legal systems of Florida, Mississippi, California and Louisiana 46th-49th, respectively.

South Dakota had been ranked No. 1 two years ago. This year, that state placed 10th.

According to the report, Illinois’ position was weighed down by the poor rankings afforded to the court systems of Cook County and Madison County.

The report noted 24% of survey respondents ranked Chicago and Cook County the least fair court system in the country. Another 9% gave that designation to Madison County.

According to the report, survey respondents rate Illinois worst in the country in five of 10 criteria. Repondents said Illinois had the least competent judges and worst quality of appellate review, while also failing to enforce “meaningful venue requirements” – meaning the courts allowed plaintiffs to sue in what the defendants considered to be the wrong county or state altogether.

Illinois did not rank above 48th in any of the 10 criteria.

The report noted, for instance, that 92% of all plaintiffs filing asbestos-related lawsuits in Illinois come from out of state. And more than a quarter of all asbestos lawsuits filed in the U.S. were filed in Madison County, alone.

The report further faulted Illinois lawmakers and its courts for allowing a blizzard of recent legal actions against employers and other companies of all sizes and types under the Illinois Biometric Information Privacy Act, even when plaintiffs can’t prove they were actually harmed by an alleged violation of the law.

Under the BIPA law, plaintiffs and their lawyers have filed more than 300 lawsuits in the last two years accusing employers of technical violations of the law. The lawsuits have typically focused on provisions in the BIPA law allegedly requiring companies to get express permission from someone and providing written notices before scanning a person’s biometric identifiers, such as their fingerprints, facial geometry or retinal structure.

While they have taken aim at tech and social media giants, such as Facebook and Google, these lawsuits have particularly targeted employers for making employees scan their fingerprints on so-called biometric time clocks to verify their identity when punching in and out of work shifts or accessing secure areas, like drug storage closets.

A wide range of business sizes and industries have come under fire from these class actions, most recently even including The Salvation Army, hospitals and casinos.

Potential damages from such actions could amount to $1,000-$5,000 per violation, which some legal observers have asserted could be defined as each time an employee scans their fingerprint. That could mean total damages could quickly climb into the millions or even billions of dollars, depending on the size of the company.

The lawsuits have particularly surged in the wake of an Illinois Supreme Court ruling, which determined plaintiffs don’t need to prove they suffered any real harm from such biometric scans before they can sue. In that ruling, the justices on the state high court expressed no concern over the potential costs to businesses, saying it was “the point of the law” to make businesses substantially liable for even technical violations.

The threat of suit under the BIPA law has persuaded some companies to refuse “to sell some of their products there,” said Harold Kim, chief operating office of the Chamber Institute for Legal Reform, in a prepared statement.

Kim said the results of the survey should be “a wake-up call to policymakers,” saying any “state’s economic growth and prosperity depend in large part on the fairness and predictability of its legal system.”

“States like Illinois are pariahs to companies,” Kim said.

Editor's note: The Record publications are owned by the Institute for Legal Reform.