Saying allowing the case to continue would improperly entangle a federal court in the school’s internal religious doctrines, a federal judge has granted a win to the Moody Bible Institute in a lawsuit brought by a female former instructor who had accused the school of illegally firing her, allegedly to retaliate against her for clashing with the school’s beliefs concerning the role of women in ministry.

U.S. District Judge John Z. Lee dismissed the entire lawsuit brought against Moody by plaintiff Janay E. Garrick, who taught communications at Moody’s downtown Chicago campus from 2014-2017. The judge also dismissed several of the key counts in Garrick’s complaint with prejudice – meaning Garrick is barred from trying them again in a new complaint - as Judge Lee said those counts were excluded by U.S. Supreme Court precedents upholding the rights of religious organizations under the First Amendment to operate largely free of the constraints of anti-discrimination laws.

“Garrick’s disagreements with Moody’s beliefs on the role of women in the ministry underlies the majority of Garrick’s allegations,” Judge Lee wrote in his opinion, issued Sept. 25. “… Even her hostile-work-environment claim implicates Moody’s doctrine, given that much of the hostility Garrick says she experienced arose out of her views on women in the ministry. 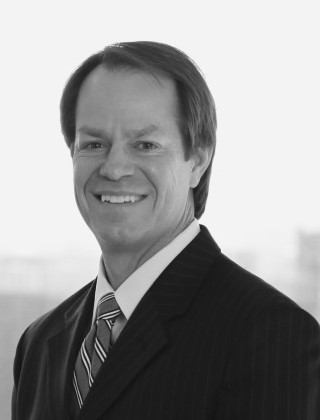 “Under these circumstances, if the Court were to delve into the disputes posed by Garrick, it would impermissibly inject the auspices of government into religious doctrine and governance.”

Garrick had filed suit in early 2018, accusing Moody and its board of trustees of creating a hostile work environment and wrongly firing her.

Garrick, who says in her complaint she is an “ordained minister,” had taught classes in Moody’s music and media arts division. She said she was hired at Moody despite the school’s knowledge she identified as an “egalitarian Christian,” a belief system which holds a freer view of the role of women in ministry and runs counter to the “complementarian” doctrines espoused by Moody, which generally restricts women from serving as pastors and in certain other ministry and leadership roles within a church or religious organization.

During her time at Moody, these doctrinal differences led to several clashes between Garrick and Moody administrators, beginning when a Moody vice president and associate provost, allegedly instructed her to “remove the statement that she was an ordained minister from her resume.” She said administrators also did not inform her when she was hired that “she could claim a tax deduction for housing costs as an ordained minister.”

Later, Garrick and the school’s leaders allegedly clashed over her advocacy on behalf of a lesbian student, who had allegedly come to Garrick seeking to address concerns “about hostility (the student) was experiencing because of her sexual orientation.” The student was later expelled.

Garrick also “came under fire” from school leaders for her work to help a female student lodge a discrimination complaint against Moody for its exclusion of women from the school’s Pastoral Ministry Program.

Garrick said this led to “backlash” and “antagonism” from “male colleagues in a shared workroom,” and admonishments from administrators who told her they did not believe she was “a Moody fit” and advised her to “voluntarily leave.”

Amid other disagreements and doctrinal clashes, Garrick was terminated in April 2017, allegedly because she remained “not ‘aligned with [Moody’s] doctrinal statement as it related to gender roles in ministry.’”

Garrick, however, asserted in her complaint Moody’s enforcement of adherence to those doctrinal positions is “selective,” and “disproportionately affects female faculty.”

In response to the lawsuit, Moody asserted the judge should dismiss Garrick’s complaint because the allegations deal with Moody’s religious doctrines and, as such, would improperly lead the federal government to unconstitutionally interfere with the church-based schools religious liberty.

He particularly noted Garrick’s discrimination allegations under Title VII and Title IX of the Civil Rights Act are barred under several Supreme Court decisions, which have “recognized the right of churches to choose their own ministers (broadly understood)” and to hire and fire them “without governmental interference,” including from anti-discrimination laws.  These exceptions have extended to teachers and faculty at religious schools, as well.

Judge Lee said the question of whether Garrick could qualify as a “minister” could be better left for later stages in a court proceeding. But in this case, he said, the so-called church autonomy legal doctrine makes it clear the discrimination claims shouldn’t be allowed to continue.

“Here, the essence of Garrick’s claims derives from her advocacy in favor of women gaining access to ministry positions – taking a stance that, according to Garrick herself, is contrary to Moody’s doctrinal views,” Lee wrote. “She explains that the stated reason for her discipline and termination was her ‘egalitarian’ view of gender and her failure to ratify Moody’s complementarian doctrine.

“Furthermore, she contends that this reason was pretext and that she was actually fired because of her advocacy in favor of female students joining the Pastoral Ministry Program.

“Either way, Moody’s alleged reasons for firing Garrick were rooted firmly in its religious beliefs.”

Judge Lee further dismissed Garrick’s claims Moody violated her contract, saying that also would lead to the court improperly evaluating “Moody’s policies” – an inquiry that would “turn on matters of religion.”

Judge Lee dismissed her contract claims and her Title VII and Title IX claims with prejudice. But the judge said Garrick could still reintroduce claims based on “antagonistic treatment by male colleagues and inconsistent treatment of female and male faculty members by the administration with respect to job duties, employment requirements, and performance reviews.”

“To the extent Garrick can state a claim concerning these issues in a way that is untethered from her disagreements with Moody’s religious views, she may be able to pursue those claims,” Judge Lee wrote.

In a separate order, the judge gave Garrick until Nov. 6 to file a new complaint.

Garrick has represented herself in the matter.

Moody has been represented by attorney Christian M. Poland, of the firm of Bryan Cave Leighton Paisner LLP, of Chicago.