On rare occasions, judges point out flaws in legislation.

Mindful of their constitutional role and out of respect for the political branches of government, judges will sometimes point out that new legislation may be necessary to fix flaws in existing legislation —not for policy reasons, of course, but perhaps because existing legislation is ambiguous, self-contradictory, or otherwise less than clear about what exactly the legislature intended to do.  In other words, judges are occasionally duty-bound to point out when and where the legislature needs to make its voice more clearly heard.

When this happens, how does the legislature respond?  Does it promptly follow judicial guidance, cure ambiguities in existing legislation, and thereby ensure that its intentions (whatever they may be) are clearly and consistently understood by the judicial branch?  While a comprehensive analysis of that issue is beyond the scope of this article, a partial answer can be found in the General Assembly’s response (or lack thereof) to the Illinois Supreme Court’s opinion in Palm v. Holocker, 2018 IL 123152 (filed Dec. 13, 2018, and modified upon denial of rehearing Feb. 28, 2019). 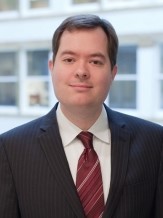 Palm raised the issue of when, and how, someone’s medical information is “an issue” in litigation and therefore is not protected from compelled disclosure.  Section 8-802 of the Code of Civil Procedure (735 ILCS 5/8-802) generally recognizes a physician-patient privilege: “No physician or surgeon shall be permitted to disclose any information he or she may have acquired in attending any patient in a professional character, necessary to enable him or her professionally to serve the patient,” except for certain enumerated exceptions.  The fourth enumerated exception covers “all actions brought by or against the patient . . . wherein the patient’s physical or mental condition is an issue.”  Accordingly, the physician-patient privilege does not apply if the patient’s physical or mental condition is “an issue” in the litigation.

Palm was a personal injury lawsuit.  Holocker had hit Palm, a pedestrian, with his car.  During the litigation, Palm received a tip from a Facebook friend that Holocker was legally blind, and then sought discovery on Holocker’s medical condition.  Holocker never raised any defense that placed his own medical condition at issue.  Palm argued that Holocker’s medical condition was “an issue” in the case because it was relevant to Palm’s personal injury claim, insofar as it could show that Holocker was negligent by choosing to drive despite having severe vision problems. Holocker argued that his medical condition was not relevant because he “was not even looking in plaintiff’s direction at the time” of the collision. In a very counterintuitive defense, Holocker claimed to have been looking and waving at a friend when the car he was driving hit Palm.

The Illinois Supreme Court rejected this argument, however, because section 8-802(4) “makes no distinction between civil and criminal cases and simply uses the language ‘in all actions.’”  Other subsections of section 8-802 (one of which, dealing with abortion, was repealed after Palm was decided) also made Holocker’s argument implausible.  “Thus, contrary to defendant’s argument,” the court explained, “there seems to be a genuine conflict between how the courts have applied subsection (4) in civil and criminal cases.”

But the Supreme Court also rejected Palm’s contrary argument that one’s medical condition is “an issue” and thus unprivileged whenever it is relevant.  The vast majority of cases in Illinois and around the country have consistently rejected that position in civil cases, and instead have held that a civil litigant’s medical condition is “an issue” only when that litigant has affirmative raised it to support a claim or defense.  Also, if medical information were unprivileged whenever it is relevant, that exception would entirely swallow the privilege.  After all, the whole point of a privilege is to shield potentially relevant information from compelled disclosure.  And if medical information is unprivileged whenever it is relevant, “other subsections of section 8-802” would be “redundant and unnecessary.”

In short, both parties’ interpretations of section 8-802(4) were deeply unsatisfying, but not through any fault of their own.  The Supreme Court concluded that the “legislature’s intent in enacting section 8-802(4) is not clear, and the cases interpreting that section are inconsistent in applying it.”  The Supreme Court ultimately sided with Holocker, agreeing with the “overwhelming majority of courts” across the country that “a plaintiff may not waive a defendant’s privilege by putting the defendant’s medical condition at issue.”  But, as noted above, that interpretation does nothing to resolve the inconsistency between the privilege’s application in civil litigation versus its application in criminal trials.  This inconsistency, moreover, seems directly contrary to the statutory language, which suggests that the same privilege rules were intended to apply both to civil and to criminal matters.

The Supreme Court expressly acknowledged “the confusing wording of the statute when read as a whole, along with an arguable inconsistency in how some cases have applied this exception.”  The Supreme Court then issued a call to action: “We therefore call upon the legislature to address subsection (4) and to make its intentions clear.” The Supreme Court refused to rule on whether the privilege has been correctly applied in criminal cases, since that issue was not before the court. The court then repeated its warning to the General Assembly: “[W]e urge the legislature to address section 8-802(4) and to make its intentions clear.  Specifically, the legislature should clarify how something becomes ‘an issue’ for purposes of this section, whether one party may put another party’s physical or mental condition at issue, and if the rule is any different for civil and criminal cases.” The court’s opinion was unanimous.

As the Palm court acknowledged, legislative inactivity is sometimes construed to mean that the legislature is satisfied with the courts’ interpretation of legislation, since the legislature is “free to amend [a] statute” if it disagrees with the courts’ interpretation of it.  Accordingly, one might say that the General Assembly has taken no action because it is satisfied with the holding of Palm.  But that would miss the point: The justices unanimously warned that, even accepting that their interpretation is correct, the statute remains unclear and should be changed.  Therefore, it is difficult to read the General Assembly’s inaction as merely reflecting legislative satisfaction with existing judicial interpretations of section 8-802(4).

This is not an inconsequential issue. Section 8-802(4) impacts the medical privacy rights of all Illinoisans who are, or may one day become, parties to civil litigation. That is likely why the Illinois Supreme Court unanimously urged the legislature to take action.

This ought to be a straightforward and uncontroversial change.  Of course, if the General Assembly wants the privilege to mean something else, it can and should say so.  Either way, there is no justification for further legislative delay.

John M. Fitzgerald is an attorney and partner with the firm of Tabet, DiVito & Rothstein in Chicago. He did not represent any of the parties involved in the Illinois Supreme Court decision referenced in this opinion article he authored.