A divided federal appeals panel has ruled an insurance company executive, hit by the IRS with a $10 million bill for back income taxes, can resume his suit against Northern Trust and Christiana Bank, but not against the Chicago law firm of Seyfarth Shaw, in an action that alleges the executive was misled into putting $64 million into an illegal tax shelter.

The Nov. 12 rulings were issued by Judges David Hamilton, Amy St. Eve and Michael Scudder, of the U.S. Seventh Circuit Court of Appeals, in Chicago. Hamilton partially dissented from the majority view. 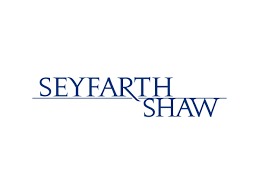 In 2015 in U.S. District Court for the Northern District of Illinois, Menzies sued Seyfarth Shaw, a global law firm based in Chicago, and one of its tax lawyers, Graham Taylor, as well as Chicago-based financial services company Northern Trust. Christiana Bank & Trust Company, of Wilmington, Del., was also named as a defendant.

Menzies alleged Northern Trust enticed him to invest in a tax shelter, so he could avoid paying capital gains taxes. The arrangement involved substituting assets and operating multiple trusts to create “artificial” tax loss and offset capital gains. Christiana served as trustee for some of the trusts, according to court papers.

Seyfarth Shaw, through Taylor, assured Menzies the arrangement was legal, Menzies said. However, the U.S. Internal Revenue Service later alleged the purpose of the arrangement was “tax evasion,” court papers said.  As a consequence in 2013, Menzies said he had to pay more than $10 million in back taxes, penalties and interest in connection with his 2006 sale of $64 million in Applied Underwriters stock.

U.S. District Judge John Blakey dismissed the case on grounds Menzies failed to show a pattern of activity to support a RICO claim, and the state law claims were filed after the five-year statute of repose expired.

On appeal, all three judges affirmed dismissal of the state claims against Seyfarth Shaw and Taylor, pointing out Menzies had two years, under Illinois' lawyer misconduct statute, to sue his attorney after selling his stock in 2006, but didn’t sue until 2015. However, the judges reversed the dismissal of the state claims against Northern Trust and Christiana, because for purposes of the Illinois Securities Act, the five-year statute of repose did not apply.

Judges Scudder and St. Eve upheld the lower court’s decision to toss the RICO claims, saying for Menzies to advance the RICO claims, he needed to show there was danger Seyfarth Shaw and Taylor would continue to peddle the alleged tax scheme to others.

“The complaint shows allegations suggesting that any risk of future fraud was drying up. As the district court highlighted, a grand jury indicted Graham Taylor for tax fraud in 2005, and he was convicted in 2008. With Taylor out of the factual equation it is unclear how Menzies’s complaint supports any inference that the alleged scheme would continue. Menzies’s complaint is full of indications that the scheme was running its course,” Scudder said.

Hamilton parted ways with his fellow judges on the RICO question.

"Plaintiff has alleged in detail how the defendants created an off-the-shelf tax-shelter scam — one that was easily replicable for other, similarly situated taxpayers facing substantial tax bills on large capital gains. The defendants marketed the scam to plaintiff and others. They were positioned to keep the fraud going unless and until they were stopped,” Hamilton said.

The case was remanded to district court for further proceedings on the state claims against the financial companies.

Menzies is represented by the Chicago firm of Harris Winick Harris.

Seyfarth Shaw and Taylor are defended by the firm of Perkins Coie LLP, of Chicago.

Northern Trust is defended by Neal, Gerber & Eisenberg, of Chicago.

Christiana Bank is defended by Shook, Hardy & Bacon, of Chicago.