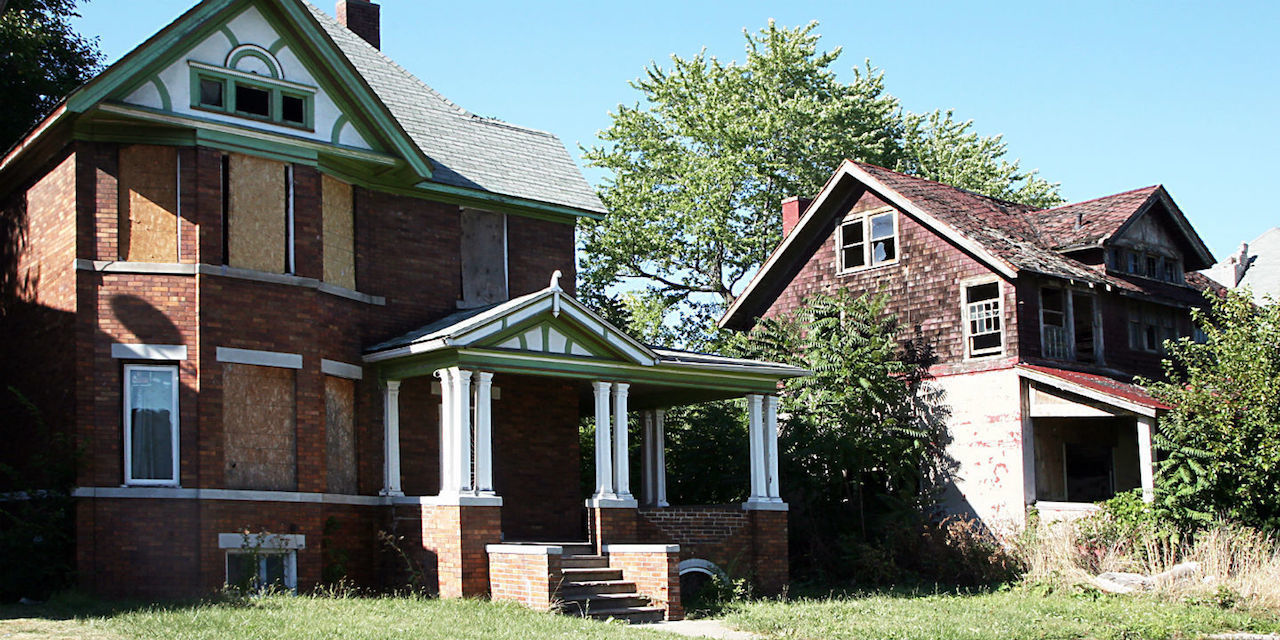 A group of fair housing advocacy organizations have won the chance to continue suing Deutsche Bank, after a Chicago federal judge rejected the lender’s request to dismiss a number of the advocacy groups’ claims the lender’s lack of maintenance on foreclosed homes lowered property values in primarily minority neighborhoods.

The judge, however, slammed the door on some of the groups' claims, which could have set up a "massive" court fight over potentially huge damages.

“Assuming the truth of Plaintiffs’ allegations, the relationship between Defendants’ discriminatory actions and the additional costs to Plaintiffs is clear,” Leinenweber wrote in his opinion.

“Defendants’ discriminatory conduct left more REO (foreclosed) properties in minority neighborhoods in disrepair, causing Plaintiffs to incur more costs responding to this problem than they otherwise would have.”

The litigation has simmered for nearly two years in Chicago federal court, since the 20 organizational plaintiffs, led by the National Fair Housing Alliance, among others, filed suit in February 2018. According to the complaint, the housing groups accused Deutsche Bank of performing less exterior maintenance and not equally marketing properties which came into its possession through foreclosure in predominantly minority neighborhoods in 30 metropolitan areas, including Chicago.

Other defendants identified in the action include Ocwen Financial Corp. and Altisource Portfolio Solutions Inc., which perform home preservation and maintenance work for real-estate owned (REO), or bank-owned properties.

The complaint alleged the defendants’ alleged lack of maintenance was discriminatory, and violated the federal Fair Housing Act and “perpetuated segregation,” among other charges.

Deutsche Bank and the other defendants asked the judge to dismiss the case, asserting the plaintiffs couldn’t establish the housing groups were harmed by any of the alleged lack of maintenance.

These, they claimed, included “millions of dollars” invested “in neighborhoods ‘affected by REO blight’ in the form of down payments, matching funds, closing cost assistance, property rehabilitation assistance, rent assistance, and community revitalization.”

Leinenweber initially dismissed the lawsuit in a ruling issued in November 2018.

However, the housing groups filed an amended complaint. Deutsche Bank again asked the judge to dismiss the lawsuit.

In those cases, Leinenweber said, the higher courts had provided more guidance on whether the kind of indirect discrimination claims at issue in the Deutsche Bank lawsuit could succeed.

“As the Eleventh Circuit explained, the defendant’s ‘step-counting is self-evidently conducted so as to identify as many steps as possible… the ease with which we can count far fewer steps reinforces our view that step-counting is of limited value and cannot alone settle the challenging questions of proximate cause here,’” Judge Leinenweber wrote, citing the Eleventh Circuit’s decision in City of Miami v Wells Fargo.

“So too can this Court, by less thinly slicing the ‘steps’ between Defendant’s conduct and Plaintiffs’ injuries, view a more direct causal relationship, e.g.: Defendants discriminatorily failed to maintain REO in minority neighborhoods; Plaintiffs then had to spend time and money investigating and combatting the problems created by the REO properties in disrepair.”

The judge also said the housing groups could continue with their claims Deutsche Bank’s alleged actions had “perpetuated segregation.”

Leinenweber noted the housing groups still had work to do. He said they must provide more evidence to both support their theories related to perpetuation of segregation, and more evidence to quantify any monetary damage claims they might make.

The judge also dismissed some of the plaintiffs’ claims, including their assertions the bank’s actions “undermined” the housing groups’ “investments.”

“Even under a broader understanding of proximate cause that looks beyond simple ‘step counting,’ the line from Defendants’ alleged discriminatory conduct to the ‘undermining’ of Plaintiffs’ investments winds through too many other potential causes,” Leinenweber wrote.

“… This type of injury was surely foreseeable from the type of discrimination alleged... But directness is lacking. And it would be administratively difficult to measure and apportion these damages.”

The judge also declined to allow the plaintiffs to continue with claims related to harms allegedly suffered by those within the minority neighborhoods themselves, including “diminished property values, safety, habitability, housing opportunities, lending opportunities, and community redevelopment.”

Leinenweber said allowing such allegations to continue with the housing groups’ lawsuit could set up the potential for “massive and complex damages litigation” which “flow far beyond [a] defendant’s misconduct … and involve many intricate uncertain inquiries to establish proximate cause.”

Deutsche Bank has been represented by the firm of Morgan, Lewis & Bockius LLP, of San Francisco and Chicago.

Altisource has been defended by Dentons US LLP, of Atlanta and Chicago.

Ocwen has been represented by Mayer Brown LLP, of Chicago.