And as those class action lawsuits climb – along with the stakes involved – a legal brawl has erupted in Chicago courts in recent weeks, as the handful of Chicago plaintiffs’ lawyers litigating the bulk of those cases have squared off for control of some of the biggest of the legal actions.

On Nov. 12, attorneys from the firms of Edelson P.C. and Stephan Zouras LLP filed a brief in Cook County Circuit Court, asking Judge David Atkins to give them the driver’s seat in a consolidated class action against human resources management and employee timeclock vendor ADP. 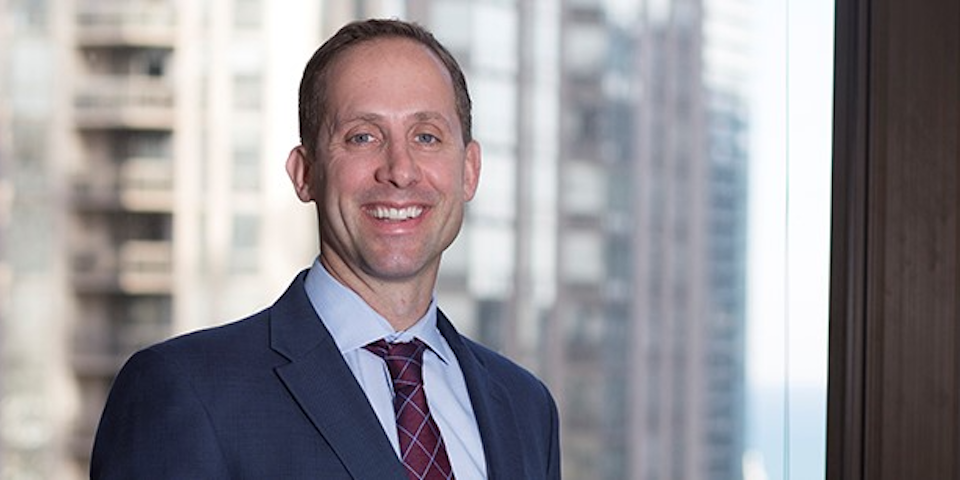 The brief asks the judge to push to the backseat attorneys from the firm of McGuire Law P.C., months after the McGuire firm asked the judge to consolidate their case against ADP, led by named plaintiff Felipe Bernal, with a case being litigated by Edelson and Stephan Zouras, with named plaintiffs Maurice Henderson and Chiquita Alston.

“In the end, the putative class has the best chance of succeeding on the merits of this litigation and getting the most out of any resolution if Edelson PC and Stephan Zouras LLP are appointed co-lead counsel,” Edelson and Stephan Zouras wrote. “The McGuire firm’s actions - and lack of results - demonstrate that they have no place alongside the Henderson counsel here.”

The lawsuits at issue, filed in 2017 by the McGuire firm and 2018 by Edelson and Stephan Zouras, each accuse ADP of violating the Illinois Biometric Information Privacy Act. The actions allege the HR vendor failed to obtain written authorization from those working for its employer customers before those employers required the workers to scan fingerprints when punching in and out of work shifts using ADP technology and software, and to provide notices to those employees of how ADP would store, share and ultimately destroy the scanned prints.

The actions demand ADP be made to pay damages of $1,000-$5,000 per violation, which could amount to many millions or even billions of dollars in damages, should the action be expanded to include everyone who has used an ADP biometric time clock in Illinois during the five years prior.

Similar lawsuits have been filed against other HR and timeclock vendors, including ADP-rival Kronos. The lawsuit against Kronos remains pending in federal court in Chicago.

And in that action, the three plaintiffs’ firms also recently jousted for control.

That fight turned ugly in September. On one hand, Edelson and Stephan Zouras asserted the McGuire firm lacked the resources and experience to handle the case, despite the McGuire firm’s handling of nearly 100 BIPA-related class actions.

The McGuire firm then fired back with a brief, which accused Edelson and Stephan Zouras of engaging in a “charade” of cooperation, to aid their “power grab,” attempting to gain control of not only the action against Kronos, but other BIPA-related cases being litigated by McGuire.

McGuire’s reply brief also used details from the divorce case of Edelson principal Jay Edelson to assert the Edelson firm faced financial problems and would be unable to finance the continued litigation against ADP and other timeclock vendors. The McGuire firm asserted Edelson’s statements to a Cook County divorce court judge concerning the financial situation of his firm, “raise serious questions as to the firm’s financial continuity and ability to manage the instant litigation.”

Edelson, in turn, responded with a motion to seal, noting the filing included publicly-viewable exhibits containing the names, birthdates and other information for Jay Edelson’s minor children.

U.S. District Judge Gary Feinerman locked down those exhibits from view, and then named Edelson and Stephan Zouras lead counsel in the class action against Kronos.

In his order on Sept. 19, Judge Feinerman chided the McGuire lawyers, saying it “reflected extremely poor judgment by airing and getting into matters from the divorce case.”

“That was gratuitous - the information from the divorce case did nothing to support (McGuire’s) argument that (the Edelson and Stephan Zouras group) lacks the financial resources to vigorously prosecute this putative class action - and highly inappropriate,” Feinerman wrote.

However, the feud has continued in the weeks since, with the Edelson and Stephan Zouras group using Feinerman’s decision and McGuire’s seeming lack of repentance for the filings in the Kronos case, to support their contention that the McGuire firm should be similarly disqualified in the case against ADP.

In their brief, the Edelson and Stephan Zouras attorneys also again asserted a lack of success in BIPA cases by the McGuire group. They particularly accused the McGuire group of overstating their importance to the burgeoning field of BIPA-related cases, and also of claiming as much as 40% of settlement funds in attorney fees, when such cases settle.

The brief criticized the McGuire firm’s settlements, which, they alleged, were “reversionary agreements that paid out far less to the class than to the attorneys,” and which used “credit monitoring” to mask smaller cash payments to class members.

“Now, citing agreements negotiated by the McGuire firm, defendants would come to the negotiating table seeking reversion and credit monitoring, rather than focusing on how to produce real monetary relief to the class,” Edelson and Stephan Zouras wrote.

A Cook County court online docket for the class action vs ADP does not indicate McGuire has yet filed a response to the Edelson and Stephan Zouras brief.