The suit alleges Shutterfly violated the Illinois Biometric Information Privacy Act, by extracting scans of facial geometry from people in photos uploaded to Shutterfly, without their consent and regardless of whether they were Shutterfly users. The system allows users to tag, or name, people in photos. 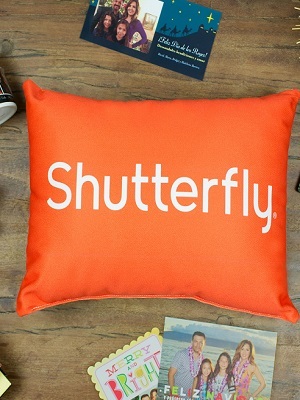 According to plaintiffs, Shutterfly never told those appearing in photos the purpose or period for which their biometric data would be kept and used, nor obtained permission, as required by the BIPA law.

Plaintiffs, one of whom is a Shutterfly user and the other who is not, claimed their photos were used to glean biometric information. They seek to include in their suit other Illinois residents whose photos were similarly scanned.

On Oct. 3, Shutterfly filed a motion to compel arbitration against Miracle-Pond, who is a Shutterfly user. The motion is based on an arbitration clause added in 2015 to Shutterfly’s terms of use, but of which Shutterfly did not inform users until sending emails in September 2019, the plaintiffs have claimed.

The emails told users that if they did not close their accounts by Oct. 1, or otherwise continued using the site, it meant such users accepted the updated terms of use. Shutterfly claimed in court papers that Miracle-Pond and other putative class members did not shut down their accounts, so they agreed to arbitration and forfeited participation in the lawsuit.

Plaintiffs alleged Shutterfly’s emails were “deceptive, misleading and improper,” done without going through plaintiffs’ attorneys and failing to inform users of the pending class action, which “subverted” the court process.

“Shutterfly’s vague and misleading communication has a serious likelihood of preventing putative class members from making informed decisions about their participation in this litigation as it progresses,” plaintiffs alleged in a brief filed Nov. 26.

In addition, the email was “vague and misleading,” because it referred to changes in how disputes are handled in arbitration, not that disputes must be arbitrated, plaintiffs argued.

Plaintiffs want the judge to direct that email recipients be told they are not bound to arbitration. Plaintiffs also want Shutterfly’s future communications to users to be first shared with plaintiffs’ attorneys.

Plaintiffs are represented by attorneys with the firms of Carlson Lynch LLP, of Chicago; Ahdoot & Wolfson, of Los Angeles; and Carey Rodriguez Milian Gonya LLP, of Miami.

Shutterfly is defended by the Chicago-based firm of Mayer Brown, as well as attorneys from the firm’s Los Angeles and New York offices.