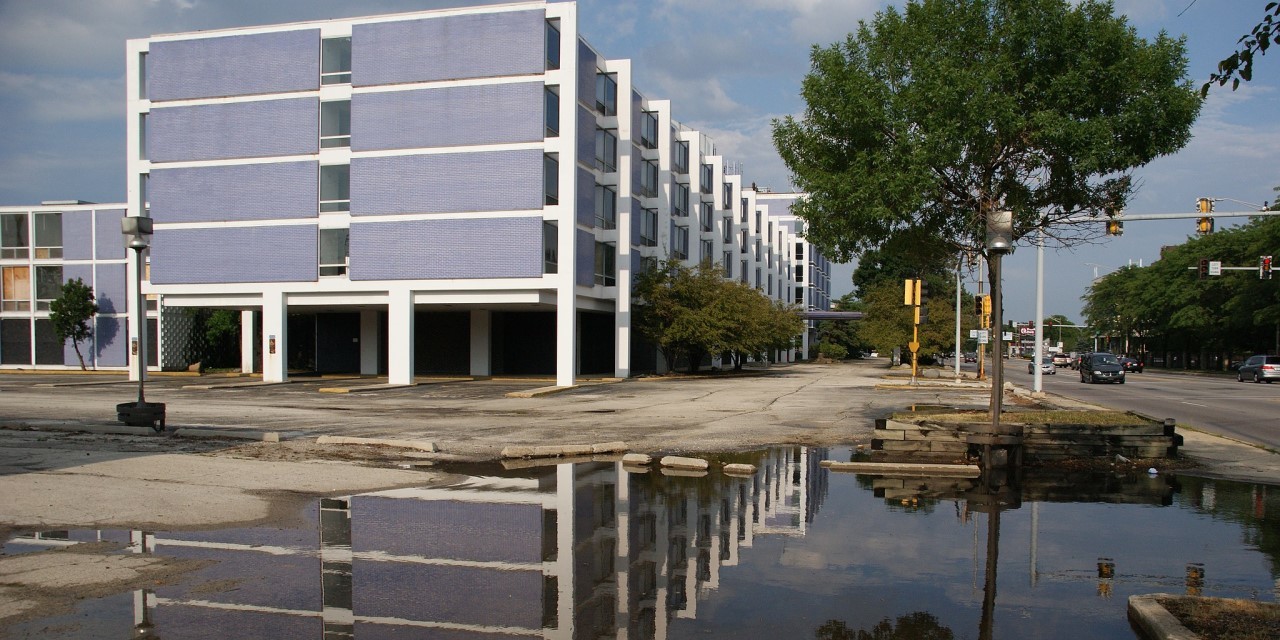 A Lake Forest development company can move forward with its lawsuit against the Village of Lincolnwood and village board president Barry Bass over claims it was illegally shut out of a deal to develop on land where an iconic hotel once stood.

A federal court, however, dismissed two of three counts.

Lake Forest Real Estate (LFRE) is alleging that the village and Bass blocked its involvement in the deal to develop on the so-called "Purple Hotel" site on Touhy Avenue. Founded and headed by MIchael Sieman, LFRE, in its complaint filed with the U.S. District Court for the Northern District of Illinois, claimed violations of due process, of the equal protection clauses of the constitution, and interference with economic advantage under Illinois law.

U.S. District Judge Charles P. Kocoras, in an opinion published Nov. 4, dismissed the due process and economic interference counts, but allowed LFRE to proceed with its claim on the equal protection violation.

The complaint centers around the proposed development of land where the distinctively colored hotel, which first opened in the 1960s, closed its doors in 2007. The building was demolished in 2015, leaving just the foundation.

At the time of the demolition, the building was owned by National Capital Group (NCG). But despite a pre-development agreement with the Village of Lincolnwood, no work was carried out to redevelop the site. In late 2016 and early 2017, LFRE entered the picture with design plans, but was unable to reach an agreement with NCG to make a presentation to the city prior to the election of Bass as village president in April 2017.

According to LFRE's complaint, detailed in the district court opinion, Bass met with Romspen and told its chief financial officer not to sell to any group involving a named individual connected to the development.

On Nov. 30, 2017, Romspen and LFRE entered into a purchase agreement that included a deposit, non-refundable if the deal was not closed by a certain date.

More meetings were held, including with other parties that LFRE claims to have later found were linked to Bass, up to February 2018, when the village board directed enforcement of a village ordinance requiring the removal of the foundations prior to the start of work. LFRE claimed this would add $1 million to the project cost.

Sieman then contacted Tucker Development to discuss involvement in the project to offset some of the costs and to recover LFRE's deposit.

"Tucker Development’s owner indicated that he had known Bass for over 30 years," the district court document stated. "Bass assured him that he could get the . . . ordinance removed and the enforcement resolution stayed."

Lincolnwood then allegedly convinced Romspen to include additional provisions as a condition of extending the time to repay the deposit, which LFRE believed were too burdensome and would not agree to, resulting in the loss of its deposit.

"Days after the agreement was terminated, Tucker Development entered into a new agreement with Romspen to purchase the property," the court document stated. "This agreement did not contain the provisions included in the proposed extension."

On May 1, 2018, the village board repealed the ordinance and agreed to stay enforcement of the village code “so long as Tucker is the contract purchaser," according to the plaintiff's complaint.

Lincolnwood and Bass filed a motion to dismiss the complaint, arguing that LFRE did not have a property interest to claim a due process violation, failed to sufficiently craft an equal protection argument, and that the defendants were protected by the Illinois Tort Immunity Act from the claim of tortious interference.

Judge Kocoras agreed that LFRE could not argue it had a property interest, found that immunity did apply to the village and Bass, though he noted that while "LFRE’s allegations regarding the defendants’ motives are concerning," the actions are within their "discretion to enforce local ordinances or issue, deny, suspend and revoke permits."

The judge allowed the equal protection claim to move forward because the clause "also prohibits the singling out of a person for different treatment for no rational reason,” according to the court document.

Village of Lincolnwood • U.S. District Court for the Northern District of Illinois