Months after the owners of Westlake Hospital used bankruptcy to close the financially troubled medical center, the village of Melrose Park and its hired lawyers from a prominent Chicago class action firm have renewed their push to make the hospital’s owners pay for allegedly misleading state regulators and the village government.

On Jan. 14, the village, through its attorneys with the firm of Edelson P.C., of Chicago, filed an amended complaint against the hospital owners in Cook County Circuit Court.

The lawsuit names as defendants Pipeline Health System and a group of associated corporate entities, including an entity known as SRC Hospital Investments II LLC and Pipeline-Westlake Hospital LLC. It also names as defendants Pipeline executives, including Jim Edwards, who serves as CEO of Pipeline Health; Eric Whitaker, principal and vice chairman at Pipeline; and Nicholas Orzano, CEO of SRC Hospital Investments and is a member of Pipeline’s executive board. 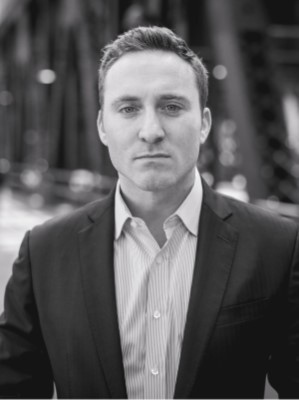 The lawsuit is the latest version of an effort dating back to last year to punish Pipeline for attempting since at least the spring of 2019 to close Westlake Hospital.

That effort, however, has been complicated by Pipeline’s use of federal bankruptcy protection to close the Melrose Park hospital, which Pipeline said had been losing millions of dollars every month.

However, the new filing uses the bankruptcy as proof of alleged fraud, which the new complaint likened to a “shell game” using “sham entities” created to run Westlake and two other Chicago area hospitals, Weiss Memorial Hospital in Chicago and West Suburban Hospital in Oak Park.

“… Pipeline Health System’s flagrant manipulation of the system endangers not only the former patients and employees of Westlake Hospital, but also everyone in the Chicago and Oak Park communities, especially those that currently rely on Weiss and West Suburban for health care and employment.

“Unlike non-profit hospitals, Weiss and West Suburban are owned by a for-profit investment firm that cares about one thing and one thing only: money.”

Pipeline, through SRC, had purchased Westlake in January 2019, as part of its acquisition of a group of Chicago area hospitals and health care facilities.

In the months following, Pipeline moved to close Westlake, asserting the hospital’s finances were much worse than they had believed at the time of purchase, and was hemorrhaging cash.

Those closure efforts were opposed by the village and their Edelson attorneys. The village asserted Pipeline had duped state regulators and the village government into signing off on the acquisition, by promising to continue operating the hospital. Melrose Park has claimed the hospital was vital to the community, as it served a largely low-income population. The village also claimed Pipeline’s decision to purchase and then close the hospital violated its state permit and stat elaw.

In hiring the Edelson firm, the village agreed to pay attorney Ari Scharg and others from the firm a portion of the money they secured in a judgment or settlement with Pipeline, or from any tax revenue the for-profit Westlake Hospital would generate, should it remain open.

Initially, the lawsuit secured a Cook County judge’s order barring Pipeline from closing Westlake, forcing the hospital to stay open for months, even as Pipeline said it was losing millions of dollars.

After three months under that court order, Pipeline took the matter to bankruptcy court, filing bankruptcy on behalf of the entity known as Pipeline-Westlake Hospital LLC, a holding company for Westlake and its assets.

Melrose Park opposed that bankruptcy, asserting it was filed in “bad faith,” and should have been blocked by the court order. The village also asked a Cook County judge to sanction Pipeline and SRC for filing bankruptcy, which the village said should be considered contempt of court.

A federal bankruptcy judge in Chicago granted Pipeline’s request to close the hospital, and prohibited Melrose Park from continuing to ask for the hospital to reopen.

U.S. Bankruptcy Judge Deborah L. Thorne also initially ruled the bankruptcy should shield all Pipeline entities from further action over the Westlake closure, finding that to be an improper attempt to punish a company for filing bankruptcy.

However, Judge Thorne relented on that point, granting Melrose Park’s request to continue to pursue Pipeline for damages on its fraud claims.

Back in Cook County court, Melrose Park withdrew its motion for sanctions under contempt charges on Jan. 10.

That was followed four days later by its amended complaint, which again asked the Cook County judge to find Pipeline engaged in fraud and created a “public nuisance” by closing the hospital.

The lawsuit continues to ask the judge to order Pipeline and its entities to cough up unspecified damages, including punitive damages, and fines to be assessed under Melrose Park village ordinances related to the fraud claims. The damage requests, however, specifically exclude the Pipeline-Westlake Hospital LLC entity, which is under federal bankruptcy protection.

Pipeline has yet to reply to the new complaint either in Cook County court or in federal bankruptcy court.

Pipeline has been represented in the Cook County action by attorneys with the firm of Riley, Safer, Holmes & Cancila, of Chicago, and in the bankruptcy by the firm of Morris James LLP, of Wilmington, Del.