Lawyer's widow: Recent Supreme Court ruling means she should get $3M in lawsuit vs drugmaker GSK over Paxil labeling

Attorneys for the widow of a Chicago lawyer who committed suicide after taking a widely prescribed antidepressant has asked a federal appeals court to undo an earlier ruling, saying a recent Supreme Court decision undermines the reasoning that led the appeals panel to overturn a jury’s decision to order drugmaker GlaxoSmithKline to pay the widow $3 million.

On Jan. 22, lawyers for plaintiff Wendy Dolin and GSK squared off before a three-judge panel of the U.S. Seventh Circuit Court of Appeals, with a $3 million verdict on the line.

The arguments before the appeals panel centered on Dolin’s lawyers’ request for the court to grant a so-called “Rule 60(b)” motion – essentially a motion asking the court to overrule itself and vacate a prior judgment. 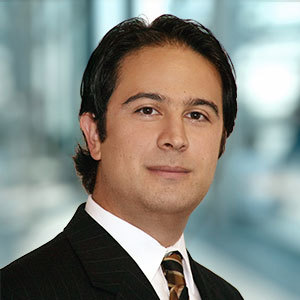 Dolin had appealed to the Supreme Court in late 2018, after the Seventh Circuit had stripped away a $3 million jury award for Dolin over the death of her husband, Stewart Dolin.

The case itself dates back to 2012, shortly after Stewart Dolin committed suicide by stepping in front of a CTA train in downtown Chicago after taking paroxetine, the generic equivalent of the antidepressant made and marketed by GSK under the brand name Paxil.

In her lawsuit, Dolin had accused GSK of failing to include sufficient information on the drug label for Paxil concerning increased suicide risk among those taking the drug or its generic equivalent. The label for the drug is controlled by the U.S. Food and Drug Administration and is identical for both the name brand and generic versions of the drug.

Dolin has been represented in the case by attorneys from the firms of Baum, Hedlund, Aristei & Goldman, of Los Angeles, and the Rapoport Law Offices P.C., of Chicago.

GSK has instead argued it can’t be sued for the labeling claims because the label is controlled by the FDA. GSK contended the FDA declined to allow it to revise the label to include the warning sought by the plaintiffs.

Two federal district judges, including Judge Hart, sided with Dolin on that question and rejected GSK’s arguments over FDA preemption, setting the stage for the jury to award Dolin $3 million when the case went to trial.

However, the Seventh Circuit sided with GSK on appeal, overturning the verdict.

In her appeal to the Supreme Court, Dolin’s lawyers argued the Seventh Circuit misapprehended facts in the case, and argued GSK never presented the FDA with key research federal regulators could have used to allow the labels to be revised.

As the Supreme Court was considering GSK’s appeal, the high court handed down a decision in a similar drug labeling case.

In a unanimous decision, the Supreme Court ordered the U.S. Third Circuit Court of Appeals in Philadelphia to revisit its 2018 decision allowing lawsuits against pharmaceutical companies over drug warning labels, even if the FDA had rejected a company’s attempt to revise the label.

In the case of Merck v Albrecht, plaintiffs had argued FDA regulation should not preclude their lawsuits against pharmaceutical maker Merck over warning labels for its osteoporosis medication, Fosamax.

Merck, like GSK in the Dolin case, argued it can’t be penalized for failing to issue a warning the FDA had blocked them from including on their drug’s label.

In overturning the Third Circuit’s decision in favor of the plaintiffs, the Supreme Court sought to clarify an earlier Supreme Court decision from 2009. In Wyeth v Levine, the court had ruled drug companies with “clear evidence” of problems can revise their labels, even without FDA approval.

In the Albrecht case, the Supreme Court said “clear evidence” must include “evidence that shows the court that the drug manufacturer fully informed the FDA” of the potential dangers of its medication.

Further, the Supreme Court said drug companies must also show “the FDA … informed the drug manufacturer that the FDA would not approve a change to the drug’s label to include that warning.”

Dolin’s lawyers seized on that language to argue the Albrecht decision marked a change in the Supreme Court’s “approach” to such drug labeling question, and meant the Seventh Circuit should toss out its earlier ruling in favor of GSK and reinstate the jury award for Dolin.

GSK maintained the Albrecht decision did not present an "extraordinary" enough change to justify overturning the Seventh Circuit's decision. GSK asserted overturning the decision would instead "destabilize" the legal system, as it would set a precedent that "would open the floodgates and allow litigants to reopen final judgments in the mine run of cases."

Attorney Bijan Esfandiari, of the Baum Hedlund firm, argued for Dolin. He asserted the Albrecht decision means courts can no longer employ the hypothetical question of “what would the FDA have done” if it had been presented with the evidence.

Judges, however, expressed skepticism at the scope and breadth of the change in law asserted by Esfandiari.

Judge Hamilton questioned if the Supreme Court intended to use Albrecht to undo its earlier decisions on drug labels, “wouldn’t the court have been a little more explicit about it?”

They further questioned Esfandiari’s assertions GSK never really asked for “a more dire warning” concerning suicide risk, and may have “intentionally” withheld key information from the FDA, even as they asked for stronger warnings.

Hamilton further wondered what the response of Dolin’s legal team would be if the roles were reversed, and it was GSK instead arguing for a judgment to be tossed out because the Albrecht decision had changed the “approach.”

Judges, however, were also skeptical of contentions presented by GSK’s attorney Sarah M. Harris, of the Law Offices of Williams & Connolly, of Washington D.C., that the court should treat Dolin’s appeal as “frivolous.” Harris asserted Dolin’s motion had “no reasonable possibility of success.”

She said Dolin’s lawsuit has “throughout … been a closely balanced case.”

However, she noted all “adjustments” to Supreme Court precedent don’t automatically require courts to grant “a do-over in every case.”

In this instance, she said, Judge Hart did not “see this (Albrecht) as a big enough change.”