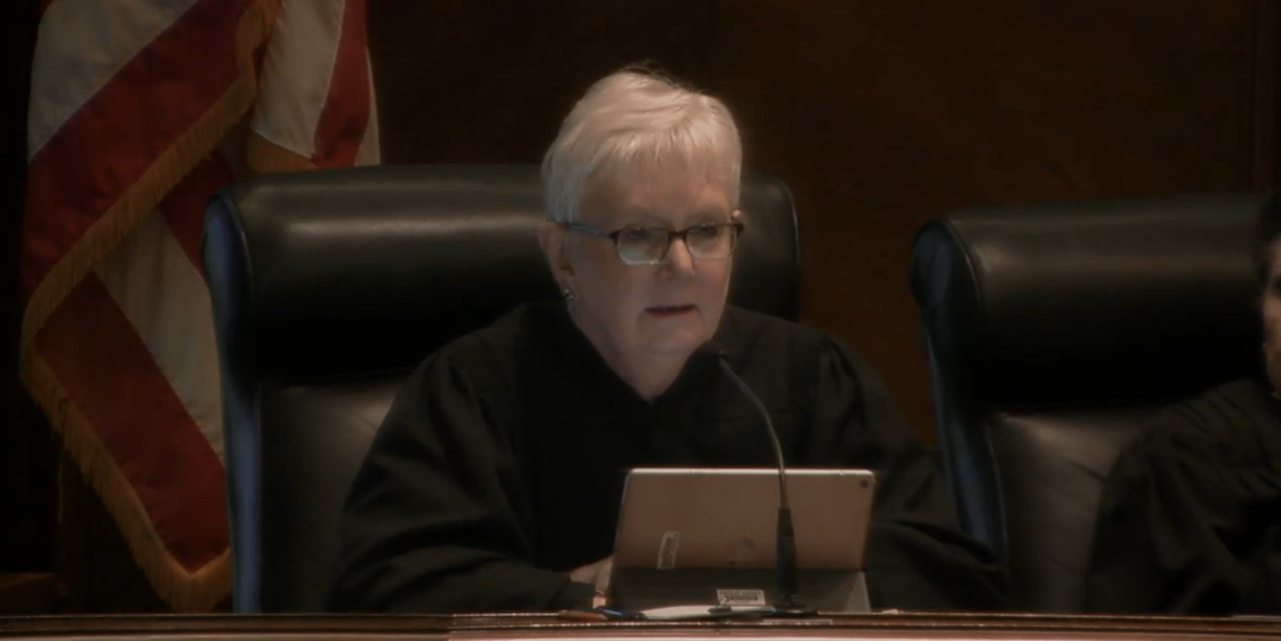 CHICAGO — The Illinois Supreme Court has ruled a woman’s misdemeanor battery conviction can’t permanently prevent her from registering for a state FOID card and owning a gun, and said the right to keep and bear arms should be considered a civil right, on par with the right to vote, under the state’s firearms regulation.

Shawna Johnson pleaded guilty to misdemeanor battery in June 2001. In 2010, she obtained a Firearm Owners Identification Card, saying a local sheriff advised her she could mark “no” when the form asked her if she had a prior domestic violence conviction. However, she was denied her request to buy a handgun, and the Illinois State Police revoked her FOID card. She then sued in Wabash County Circuit Court in far southern Illinois. A judge ordered her card reinstated, and ruled the state’s FOID law was unconstitutional, as it applied to Johnson.

Theis said the question centered on whether granting Johnson a FOID card — which Johnson argued is a proper restoration of her Second Amendment rights — runs contrary to the federal Gun Control Act, which “prohibits the shipping, transport, possession, and receipt of firearms and ammunition by any person ‘who has been convicted in any court of a misdemeanor crime of domestic violence.’”

The justices noted Johnson’s conviction has not been expunged or overturned, and a 2012 gubernatorial pardon application was rejected. However, Theis pointed to a 2007 U.S. Supreme Court opinion in Logan v. United States for its description of the “civil rights restored” provision, under which the “government relieves an offender of some or all of the consequences of his conviction.” Theis further explained the state’s FOID Card Act has a specific rights restoration provision by establishing an individual hearing process to determine if the applicant is likely to be a public safety concern.

“Federal courts have not had occasion to recognize a state process like that of Illinois for restoration of firearm rights or to even consider whether firearm rights are ‘civil rights’ as that term is applied under the federal statute,” Theis wrote.

She said courts have typically listed three such civil rights: The rights to vote, serve on a jury and hold elected office. She noted Johnson never lost those rights as a result of her misdemeanor conviction.

The State Police argued that because Johnson never lost the right to vote, sit on a jury or run for office, she isn’t entitled to the restoration exception in the FOID law. But the justices disagreed, saying “a limited ‘three rights’ view is not sustainable.”

“Congress recognized that different states have different laws and procedures for restoring civil rights to people and, depending on the conviction, an offender may lose all, none or some of those rights through different mechanisms,” Theis wrote.

The court pointed to two other U.S. Supreme Court opinions — District of Columbia v. Heller in 2008 and McDonald v. City of Chicago in 2010 — and determined “the right to keep and bear arms is a ‘civil right,’ ” one Illinois is allowed to restore.

“A state regulatory scheme that restores a person’s eligibility for firearm rights by affirmatively and expressly evaluating that person’s future dangerousness — through evidence, and not generalization — is entirely consistent with the trustworthiness rationale that underpins the ‘civil rights restored’ provision,” Theis wrote.

The Wabash County judge had determined the ISP’s decision that Johnson would never be eligible for a FOID card violated her Second and 14th Amendment rights. The Supreme Court’s opinion vacates that aspect of the judge’s decision, but did not address its constitutional basis. Rather, the opinion upholds the circuit court’s judgment ordering ISP to issue a FOID card strictly because the rights restoration process squares with established federal law.

Johnson has been represented in the action by attorneys David D. Jensen, of New York, and Rebecca M. Blakeslee, of Lawrenceville.

The state was represented by the Illinois Attorney General's office.