Business leaders and labor attorneys in Illinois are warning of serious problems facing business owners, particularly owners of smaller businesses, as Illinois continues to lag behind much of the rest of the country in economic growth, and businesses continue to grapple with mounting regulations, most notably the staggered introduction of Illinois' minimum-wage increase.

Business representatives say they will be pushing for legislative changes to ease the impact on small enterprises. But a labor and employment attorney is warning of some unseen perils on the horizon for businesses, particularly relating to the potential cost of making payroll mistakes.

The Illinois Chamber of Commerce is lobbying this session for a tax credit for small businesses, particularly those operating outside of Chicago. 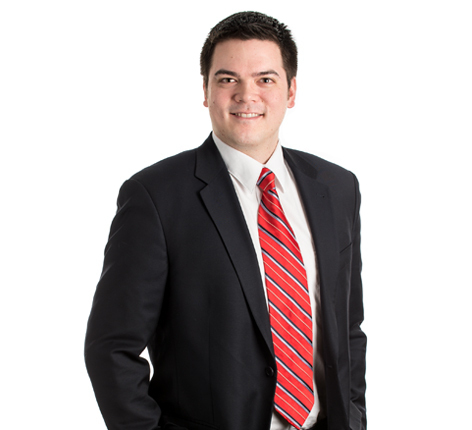 The tax credit builds on a bill introduced last session by Illinois state Rep. Anthony De Luca (D-Chicago Heights) that would tie the tax credit to federal wage-level data and which, it is hoped, will benefit businesses downstate, where prevailing pay rates are lower. Illinois Chamber of Commerce President and CEO Todd Maisch told the Cook County Record. such a tax credit will not make much difference to a Starbucks in the Loop, but it could at least help small businesses outside Chicago.

The help could arrive at an opportune time, as Illinois continues to suffer economically, relative to its neighbors and much of the rest of the U.S., according to a survey report recently released by online business review site, Yelp.

In its report, Yelp indicated Illinois ranked among the worst five states in the U.S. for economic growth since 2016.

Most of these businesses would be particularly impacted by minimum wage increases.

The chamber's Maisch strongly believes that the increases will kill small business jobs.

"There is no doubt about it when we hear from other businesses and local chambers," Maisch said. "People are really, really concerned about it."

Maisch says that people will go out of business because payroll will not be manageable, margins will be cut and they will be hit again in July and again in 2021.

"Smaller businesses that work on thin margins will be most affected – retail, service, but in broader ways, entertainment, hospitality," said Maisch, citing one case of the owner of a waterpark who employs approximately 100 young people during the summer and is dreading the impact on his payroll.

"The second effect will be on those who do pay a lot more than minimum wage," Maisch said. "This will push up all wages."

Aside from wage pressures, labor and employment attorney Michael Wong, of the firm of SmithAmundsen, of Chicago, highlighted another danger embedded within the increases – already raised to $9.25 on Jan. 1 and set to hit $10 in July – that he believes has not been fully recognized.

"It is the damages aspect, the potential damages in a wage-and-hour claim, the damages that do not even require a lawsuit to be filed," Wong told the Cook County Record.

Wong explained that any damages start accruing from the point of any wrong time or payment, with interest and tripled damages on top.

"I believe, especially, there may be problems this coming year because pay planning is usually done on an annual basis, but there is going to be an increase in July, as well," Wong said. "A lot of people, especially a small business person, may not be up to date, and it could be very easy to overlook the July increase, even if it is not intentional. And it does not matter whether it is intentional or not, because there is a strict liability."

A mistake might be made either through human error or a software glitch, and it will cost, Wong said.

On the impact of the increases, and the potential that employers will face damages, either through the courts and via the Department of Labor, Wong said it cannot always be left to employees to raise issues.

"You would be surprised," Wong said. "I represented employees and it is amazing that when they came to me and raised a variety of issues, I would ask whether they had raised them with their employers, and they would said 'no.' I might have been an outlier because lawyers know that a wage-and-hour case is strict liability and if they bring one they are likely going to get additional damages, and if can file a class action, the lead plaintiff will get even more."

Wong is advising clients to be proactive and tell employees they can come forward and raise any issues regarding pay, and include it in any handbook in the same way they are encouraged to come forward with harassment and discrimination complaints. This type of policy might not only lessen the amount of damages, but also stop employees going to a lawyer in the first place.

Wong says that his business-owning clients in Illinois regard the increases mostly as a recognition of the cost of doing business in the Prairie State.

"It is what it is and there's no outrage," he said. "Most of the time there is no outrage until they see the lawsuit and you run the numbers; that's when they start saying they cannot believe this is the way it is."