In a response filed Feb. 10 before U.S. Magistrate Judge Sidney Schenkier, Illinois Attorney General Kwame Raoul, speaking on behalf of Pritzker, in turn, accused the monitor, Chicago attorney Noelle Brennan, who holds the title of Special Master under a court order, of essentially ambushing the Pritzker administration with the accusations.

The response comes four days since Brennan filed a report to Judge Schenkier, updating the judge on the progress of her talks with the governor’s office to create a plan to reform hiring practices within offices under the governor’s control. 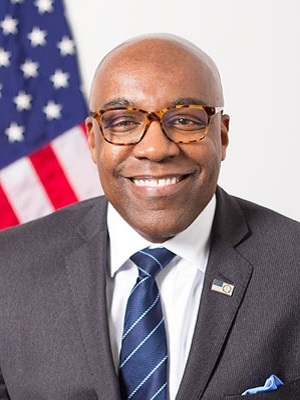 Brennan has worked on those reform talks since 2014, when she was first appointed by Schenkier, who is overseeing proceedings in the case known as Shakman et. al. v. Democratic Organization of Cook County, et. al. First filed in 1969, that lawsuit has produced a series of court decrees since 1972, prohibiting state agencies and various offices in Cook County from making patronage hires, or hiring based on political considerations. Schenkier had initially empowered Brennan to investigate hiring at the Illinois Department of Transportation, after the Illinois Office of the Executive Inspector General had uncovered evidence of political hiring under Democratic former Gov. Pat Quinn.

Since 2018, however, Brennan’s talks with the state on rectifying such hiring practices to conform with the court decrees had broadened to include virtually all offices under the control of the governor, under a comprehensive hiring reform plan.

Brennan’s Feb. 6 report indicated the state and her office had made progress on that plan in the years since, under Republican former Gov. Bruce Rauner and, since early 2019, under Gov. Pritzker, as the state hopes to use that plan to end federal oversight of its hiring practices.

However, in her Feb. 6 report, Brennan devoted several paragraphs to telling the judge of concerns she had over efforts by the Pritzker administration to allegedly restrict her ability to communicate with state agencies and state government personnel.

“… That communication has been diminished by new restrictions placed on the Special Master’s ability to communicate freely with agency personnel,” Brennan wrote in the report. “Although it is within the province of the Governor’s office to impose such restrictions, the restrictions have impeded the progress being made to develop legally-compliant reforms to the State’s employment process.

“We believe these new restrictions imposed by the Governor’s Office are unproductive to the previously cooperative efforts of the parties to eliminate unlawful patronage, reform state employment practices and implement lasting improvements.”

Pritzker’s office immediately called those assertions “false,” and on Feb. 10, Raoul’s filed response challenged the basis for the claims altogether.

Raoul and Pritzker accused Brennan of inserting the claims in the final report version filed with the judge, but not giving them any indication of any such concerns in earlier draft versions shared with the governor’s office.

“To be clear, the State is unaware of any request the Special Master has made during the five+ (sic) years of her tenure in which the State’s answer has been ‘no,’” Raoul wrote in the report, speaking for Pritzker. “This includes the current requests.

“The State finds allegations of lack of cooperation against this backdrop – particularly when asserted without notice to the State to be unfounded.”

Raoul and Pritzker said they had requested “clarifications” for the purpose behind recent document and information requests from Brennan’s office, as they said they wished to “understand how document requests fit within the context of the Court’s orders.”

Further, Raoul and Prtizker said the governor’s office did ask “the Special Master to include the Governor’s Office in her communications and requests” to state agencies and personnel.

They said such requests fit within an overall framework of the state’s desire to understand “the next steps required in this litigation” to escape the federal oversight.

“The State has made clear that it believes that federal intervention in its employment practices is no longer appropriate, in no small part because of the serious federalism concerns that this extraordinary intrusion raises,” Raoul wrote.

But they said the governor’s office’s requests should not be considered “impediments” or “restrictions” on the ability of Brennan and her office to perform their court-assigned tasks.

“… The State emphasizes that it has cooperated, intends to continue cooperating, and is willing to continue meeting and conferring with the Special Master regarding the requests for information, particularly if she believes requests from the State pose restrictions to fulfilling her duties and responsibilities under the Court’s orders,” Raoul wrote.