A federal appeals panel in Chicago has ruled federal law allows companies to use certain types of automated dialing devices to call customers.

The ruling deals a blow to the hopes of trial lawyers seeking to bring class actions under a federal anti-robocalling law, using an interpretation of that law which judges said could have left iPhone users vulnerable to potential lawsuits, too.

On Feb. 19, the U.S. Seventh Circuit Court of Appeals sided with AT&T in a class action brought by named plaintiff Ali Gadelhak. 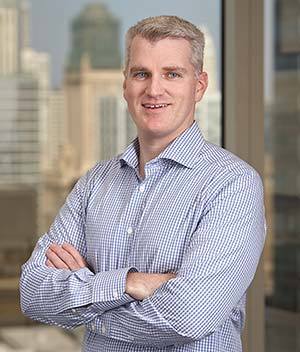 Attorney Keith Keogh, and others with the firm of Keogh Law Ltd., of Chicago, had filed the lawsuit in Chicago federal court in February 2017 on behalf of Gadelhak, of Chicago.

According to the complaint, Gadelhak was not an AT&T customer.

However, the text messages, which Gadelhak said arrived on July 15, 2016, were meant to ask him questions as part of a customer service survey, entirely in Spanish. Gadelhak said he does not speak Spanish.

Gadelhak and his Keogh attorneys sought to expand their lawsuit to include everyone in the U.S. who had received such automated text messages from AT&T since 2013.

AT&T contested the lawsuit, asserting, in part, that the device it used to place the call – its “Customer Rules Feedback Tool” - is not an automated device prohibited by the TCPA law.

On appeal, a three-justice panel of the Seventh Circuit court also sided with AT&T, though for slightly different reasons.

Judge Barrett said the decision turned on a deep dive into the intricacies of written English and sentence construction.

Under the TCPA, companies are barred from calling phones using “an automatic telephone dialing system” which has “the capacity ‘to store or produce telephone numbers to be called, using a random or sequential number generator (sic),’ as well as the capacity to dial those numbers.

Across the country, federal courts have split over the question of how to interpret that language, particularly how the adverb phrase “using a random or sequential number generator” relates to the phrase “to store or produce telephone numbers to be called.”

In the decision, Barrett noted telemarketers in the past “primarily used systems that randomly generated numbers and dialed them,” which the law was designed to address and outlaw.

However, many modern systems, such as the Feedback Tool used by AT&T, instead now merely dial numbers from “an existing database of customers.”

Barrett notes AT&T has asserted Gadelhak may have received the Spanish-language text messages “because of a typographical error” in its customer database.

In interpreting the language, courts have struggled to apply the law to the modern dialing devices.

Two U.S. appeals courts, in the Third Circuit in Philadelphia and the Eleventh Circuit in Atlanta, have ruled the law should be read to prohibit devices which either “store” or “produce” numbers to be dialed.

By contrast, the Ninth Circuit Court of Appeals in San Francisco has ruled any equipment which merely can store and dial numbers could open companies up to class action liability under the TCPA.

Judge Barrett noted this interpretation was backed by Gadelhak and his lawyers.

The Seventh Circuit judges, however, said that interpretation would require courts to “contort” the law’s language “almost beyond recognition.”

“Gadelhak asks us to reorder the sentence to separate ‘store’ and ‘produce’ but to clarify that ‘telephone numbers’ is the object of both,” Barrett wrote. “That would be a significant judicial rewrite.”

Further, Barrett noted that “ungrammatical” interpretation would have “far-reaching consequences,” exposing anyone using an iPhone to potential liability. She noted iPhones “can store telephone numbers” and “can also send text messages automatically, for example by using the ‘Do Not Disturb While Driving’ function.”

“Every iPhone, then, has the necessary capacities to meet the statutory definition. That means that under Gadelhak’s interpretation, every call or text message sent from an iPhone without the prior express consent of the recipient could subject the sender to a $500 fine.

“Considering the statute as a whole, that result makes little sense.”

In dismissing Gadelhak’s lawsuit, Judge Chang had ruled the phrase describes “the telephone numbers themselves.” This meant AT&T should prevail because its system “did not qualify as an ‘automatic telephone dialing system’ because it lacked the capacity to generate random or sequential numbers.”

Judge Barrett and her Seventh Circuit colleagues, however, parsed the meaning still another way, determining the adverb phrase modifies both “store” and “produce.” In this case, Barrett said, this also means AT&T should be allowed to escape, because “it exclusively dials numbers stored in a customer database.” Its system, therefore, is not outlawed by the TCPA, Barrett wrote.

AT&T Services has been represented by attorney Hans J. Germann and others from the firm of Mayer Brown, of Chicago.

The decision prompted swift reaction from both sides of the question.

On the plaintiffs’ side, prominent class action lawyer Jay Edelson took to Twitter, saying: “The 7th Circuit just ended a huge swath of #TCPA lawsuits… This was the one law that united both conservatives and liberals, both of whom seem to equally hate getting robo calls.”

On the defense side, Chicago attorney Gerald Maatman, of the firm of Seyfarth Shaw LLP, said in response to a question from the Cook County Record that the decision moves the question closer to being taken up by the U.S. Supreme Court, as it “widens” the divisions within the federal courts of appeal.