The U.S. Justice Department is telling the U.S. Supreme Court the City of Chicago has a right to keep cars seized from owners, who didn't pay parking fines and later filed bankruptcy, without the city having to line up as another creditor in bankruptcy court.

The Justice Department recently filed a friend-of-the-court brief with the nation’s high court, on behalf of Chicago in a lawsuit brought by the owners of four vehicles impounded by the city.

City Hall passed an ordinance in 2016 to seize cars from people who owed what the city considered to be excessive fines for minor traffic and vehicle-related municipal code violations. Vehicles would be released after the fines were paid. 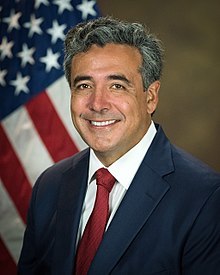 Four vehicle owners — Robbin Fulton, George Peake, Jason S. Howard and Timothy Shannon — filed for bankruptcy after the city took their vehicles, then demanded return of the vehicles as assets for bankruptcy proceedings. The city refused, contending its police powers override bankruptcy law. Bankruptcy court judges ordered City Hall to turn over the vehicles.The city appealed to the U.S. Court of Appeals for the Seventh Circuit, which upheld the bankruptcy judges, saying the city had to follow bankruptcy court process, "as do all other creditors." The appeals panel also found confiscating vehicles for unpaid tickets was "an exercise of revenue collection more so than police power."

The city returned three of the vehicles — Howard abandoned interest in his vehicle — but nonetheless went ahead and persuaded the U.S. Supreme Court to address the issue in dispute.

The Justice Department said the federal government has a stake in the matter, because it is the country's largest creditor, often holding property of people in bankruptcy. Further, federal trustees oversee the administration of bankruptcy cases.

The Department argued a "stay" on action by creditors goes into effect when a bankruptcy petition is filed, but does not apply to actions already taken, such as vehicle seizures.

A creditor does not violate bankruptcy law "simply by retaining property that it possessed when a bankruptcy petition was filed," the Department asserted.

In addition, bankruptcy law "merely halts or postpones certain actions and deprives affected parties of the authority to act to collect on their debts that they enjoyed before the initiation of bankruptcy proceedings," the Department said.

Detailing its argument, the Department stressed the law prohibits new "affirmative" acts to control property by creditors, and the city's "passive retention" of the vehicles is not such an act.

The Department has a request before the Supreme Court to press its arguments orally to the court, in conjunction with Chicago's oral arguments.

Chicago is represented by the firm of Wilmer, Cutler, Pickering, Hale and Dorr, of Washington, D.C.

Friend-of-the-court briefs have also been filed, singly or jointly, in support of the city by the following: the International Municipal Lawyers' Association; a group of five professors who specialize in commercial and bankruptcy law; National Association of Counties; National League of Cities; U.S. Conference of Mayors; International City/County Management Association; and Government Finance Officers Association.