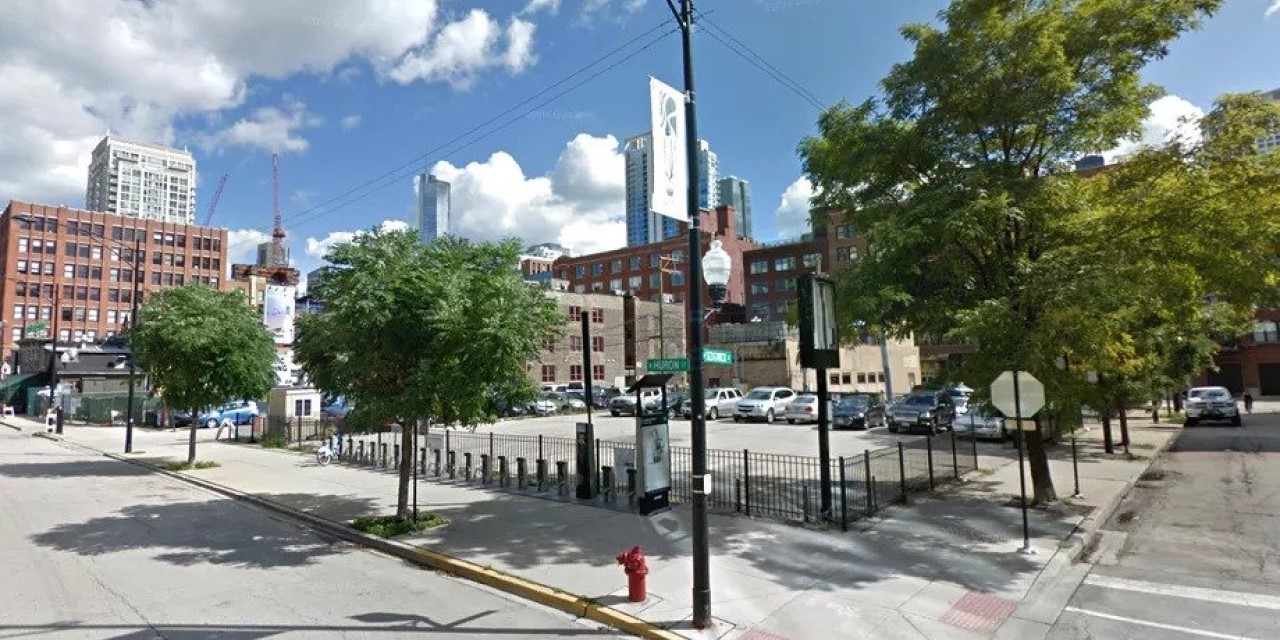 The developer of a condominium project in Chicago’s River North neighborhood has sued the city, claiming the city sold it a parking lot, but has now moved to block them from continuing to use the parking lot.

On March 3, the corporate entity known as Morningside Huron LLC filed suit in Cook County Circuit Court against City Hall and the Chicago Department of Transportation, among others, over the decision by Chicago zoning administrator Patrick Murphey to deny Morningside’s request for a permit for a commercial driveway to the parking lot at 365 W. Huron St.

Morningside purchased the parking lot at the corner of Huron and Sedgwick from the city in 2018 for $3.86 million.

Morningside has drawn up plans to build a 10-story high rise tower on the site, marketed to include perhaps about 45 luxury condominiums, selling for about $1 million to $2 million each, according to a report published by DNAInfo in 2017.

According to its complaint, Morningside has not backed off its condo development plans, but has chosen to continue to operate the parking lot at the corner in the meantime.

The developer said it has sought proper city permits and licenses to allow a commercial parking lot operator to run the lot.

However, in January, Murphey purportedly denied their request for the driveway permit needed to obtain the proper license.

Morningside said the denial caught them by surprise, since at no point during talks to buy the parking lot did any representative of the city express concerns about allowing the parking operations to continue on the site until the developers were ready to build their tower.

“If granted, the … permit would merely allow (Morningside’s) tenant the continued operation and use of a non-accessory parking lot at 365 W. Huron Street, Chicago, which same Parking Lot the City itself operated until it sold it ‘as is’ to (Morningside) in 2018,” the complaint said.

Morningside said the city’s denial of the permit is arbitrary, and its reasoning to support the denial was “circular and illogical.”

The complaint noted, among other reasons, Murphey allegedly denied the permit because the city had “no valid driveway permits or licenses on file” for the parking lot. That, Murphey said, means the developer lost the right to operate a “legally non-conforming use” on the site, which is now zoned to allow for the condo project.

“(Morningside Huron) could not have maintained a valid business license because there was no business license to maintain,” the developers wrote in their complaint. “The City does not issue itself a business license and MH bought the Parking lot owned and operated by the City from the City.”

The developer has asked the judge to order the city to issue the permit and pay its attorney fees for having to sue over the matter.

Morningside is represented by attorney Thomas J. Ramsdell, of Chicago.