CHICAGO — A federal appeals panel has turned away a class action lawsuit from Cook County Sheriff's Office employees, seeking to overturn disciplinary actions against them and others by claiming their due process rights were violated because the sheriff's review board that heard their cases was illegally seated.

The case involving eight fired and suspended deputies and correctional officers is, according to the panel, “part of a litigation explosion” following a 2017 Illinois Appellate Court decision in Taylor v. Dart. In that case, Officer Percy Taylor challenged his firing because merit board member John Rosales continued to serve past the mid-term appointment he started in 2011 without going through the full appointment process when the initial term expired in March 2012. 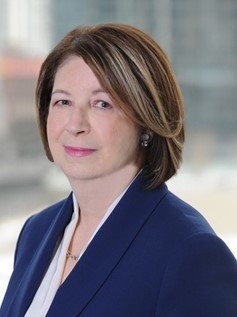 When the court determined the board was improperly constituted and vacated Taylor’s discharge, “current and former employees of the sheriff’s office flooded the courts with suits to invalidate hundreds of decisions made when the board was unlawfully constituted,” Judge Sykes wrote. The panel pointed to four cases decided at the state appellate level in recent years that fell under the so-called "de facto officer doctrine, which validates an act performed by a person under the color of official title even if it is later discovered that the person was illegally appointed or elected.”

These eight workers challenged disciplinary decisions rendered between 2013 and 2016 for conduct ranging from “use of excessive force to unauthorized absences from work to theft of a prosecutor’s iPad,” Sykes wrote.

U.S. District Judge Charles Norgle dismissed the plaintiffs’ federal due process claims and declined to take up their state-law claims.

According to the appeals panel, Sheriff Tom Dart, his general counsel Nicolas Scouffas, the Merit Board and Cook County Board President Toni Preckwinkle argued the two federal claims were based on a state-law question of whether the Merit Board was properly formed. Norgle also agreed the plaintiffs’ second federal allegation sought remedies available under state law and was therefore unfit for federal court.

The panel agreed, pointing to its own 2019 opinion in Oesterlin v. Cook County Sheriff’s Department in which it held “the Fourteenth Amendment’s guarantee of due process is an independent federal standard for procedural fairness but does not establish a federal rule governing the length of a Merit Board member’s term.”

Though Oesterlin was a nonprecedental order, the panel explained, the analysis applies in full because, although the board wasn’t properly constituted from 2013 to 2016, in violation of state law, the federal due process rights of disciplined or fired employees were not violated.

“The complaint also alleges that Dart and Scouffas pressured Merit Board members to make biased decisions, interfering with the Board’s exclusive statutory authority to discipline officers,” Sykes wrote. “This is not a challenge to the disciplinary procedures prescribed by Illinois law. Rather, the complaint describes a series of random and unauthorized departures from state law, resulting in deprivation of the plaintiffs’ property interest in continued public employment.”

The only thing the constitution guarantees in such cases is that the state must “provide an adequate postdeprivation remedy,” Sykes wrote, noting the Illinois Administrative Review Act provides that remedy for public employees who feel their discipline is random or otherwise outside what state law permits.

The panel brushed off the plaintiffs' assertions that the state apellate decision in Taylor means they’re doomed to lose in state court.

“What an Illinois judge does with the plaintiffs’ state-law litigation does not change the federal constitutional analysis,” Sykes wrote. “In any event, the de facto officer doctrine doesn’t prevent an Illinois court from reviewing a claim that the Merit Board was biased.”

The panel pointed to cases where an Illinois state appeals panel reversed a Merit Board decision or remanded for reconsideration, proving the plaintiffs can’t say they have no state level recourse.

In addition to affirming Norgle’s dismissal of the federal claims, the panel also agreed he was right to relinquish his jurisdiction over the remaining state law claims.

Vargas and the plaintiffs have been represented by attorneys Christopher E. Cooper and Cass T. Casper, both of Chicago.

The sheriff's office has been represented by attorneys Stephanie A. Scharf, Sarah R. Marmor and George D. Sax, of the firm of Scharf Banks Marmor, of Chicago.