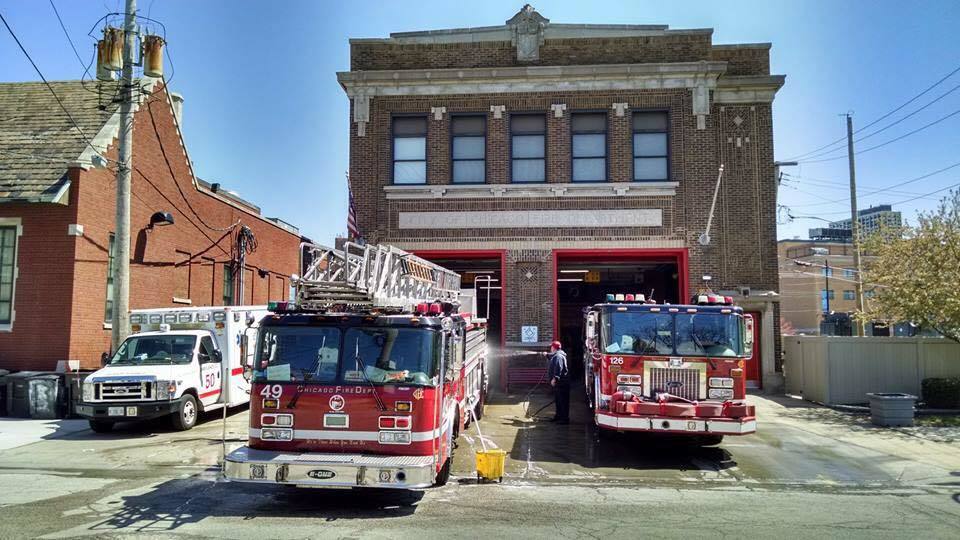 CHICAGO — Saying a group of female Chicago paramedics have presented evidence of "widespread sex discrimination" within the Chicago Fire Department, a federal judge is allowing them to continue much of their sex-discrimination lawsuit against the city.

The women, identified only as Jane Does one through five, allege sex discrimination in violation of Title VII protections of the 1964 Civil Rights Act and the Illinois Human Rights Act. In the May 2018 complaint, four women alleged sexual harassment and intimidation by superiors, while Doe 2 alleged the same treatment from a colleague. Some have worked for the city since 2002; the most recent hire among the plaintiffs started in May 2015.

The city argued the women failed to adequately allege an explicit city policy or widespread practice violated their rights.

Guzmán agreed with the city the women's claims about the conduct of Chicago Fire Department Commissioner Richard Ford in October 2018 don’t “explain how, or point to any evidence” of constitutional injury for a complaint filed five months earlier.

Guzmán did, however, say the complaint sufficiently alleges “that a widespread practice of sex discrimination exists within the CFD.” Details include allegations of ignored complaints, failure to conduct meaningful investigations, inadequate punishment, poor supervision, ineffective training and a failure to maintain equal facility access.

The women, Guzmán continued, “also present evidence of a longstanding workplace culture of sex discrimination at the CFD: the presence of pornography in firehouses, over a span of many years; the prevalence of employees’ unchecked use of sexually explicit and sexist language; a ‘code of silence’ that perpetuates sex discrimination; and instances of retaliation against and ridicule of individuals who have reported sex discrimination, which plaintiffs say in turn create a fear of reporting.”

Guzmán agreed the city is entitled to summary judgment on the women’s Title VII allegations of a “pattern or practice of sex discrimination” because they are not pursuing a class action, putting those claims at odds with their burden of proving intentional discrimination.

The city further argued the IHRA claims should fail because the women didn’t obtain a right-to sue notice from the Illinois Department of Human Rights. Guzmán disagreed, noting the city didn’t mention that as a defense until an October 2019 request to seek partial summary judgment.

Guzmán granted summary judgment to the city on Doe 2’s Title VII and IHRA harassment claims, noting some of the allegations are too old to be considered part of a continuing adverse condition of her employment, while the more current allegations include “insufficient evidence of severe or pervasive harassment so as to create a hostile work environment.”

He also granted summary judgment to the city on Doe 3’s and Doe 4’s Title VII and IHRA retaliation claims. He said Doe 3’s allegations were speculative while Doe 4 didn’t offer evidence to support her claim of negligence on the part of supervisors.

All of Doe 1’s allegations survived, as Guzmán said a reasonable jury could conclude her allegations against a supervisor were “severe and threatening enough to create a hostile work environment.”

Those allegations included a field chief’s proposal of a “no strings” sexual relationship and “sexually inappropriate text messages” leading to a firehouse encounter where the supervisor allegedly unlocked a private room where Doe 1 was resting. She said she resisted his advances and was later subjected to retaliation, including being berated on a department radio during a drill involving 100 colleagues, and confronting her while she was responding to a four-car interstate crash.

Also surviving are the women’s claims of disparate treatment, to which Guzmán said the city offered only a perfunctory argument. Guzmán denied a summary judgment request from Does 1, 3, 4 and 5, saying findings from an internal Equal Employment Opportunity investigation don’t constitute binding judicial admissions.

The women are represented in the action by attorneys Thomas M. Cramer and Amy S. Cramer, of Cramer Law Chicago, P.C.; Hannah Valdez Garst and Lynn T. Palac, of Arlington Heights; and Thomas H. Murphy, Michael Paul Cogan and Miguel A. Ruiz, with the firm of Cogan & Power P.C., all of Chicago.

The city is represented by attorneys Nadine C. Abrahams and Julia Pearce Argentieri, of Jackson Lewis P.C., of Chicago, and attorneys with the city's Department of Law.