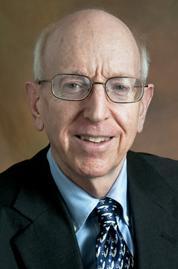 The Seventh Circuit Court of Appeals has issued another victory to the author who successfully argued that Sherlock Holmes stories and novels published before 1923 are no longer protected by copyright.

In what it dubbed as sequel to its June ruling that put the first 50 Sherlock Holmes works in the public domain, the federal appeals on Monday issued an opinion ordering Conan Doyle’s estate to pay author Leslie S. Klinger $30,679.93 for the legal fees he spent defending the appeal of his copyright challenge.

"Unless Klinger is awarded his attorneys' fees, he will have lost money—to be precise, $25,679.93 ($30,679.93 – $5,000)—in winning an appeal in which the defendant’s only defense bordered on the frivolous: a Pyrrhic victory if ever there was one," Judge Richard Posner wrote for the panel.

In June, Posner and his colleagues, Judges Joel Flaum and Daniel Manion rejected the estate’s appeal over the district court's decision to give Klinger the OK to use materials from Klinger’s pre-1923 stories and novels in a sequel to his first Sherlock Holmes-related book, saying it was unrealistic.

The estate argued Klinger needed to obtain a license from it, the copyright holder, to use material from Doyle's first 50 works in his sequel. Among other reasons, it claimed the copyright on Doyle's last 10 works should apply to his 50 because they provided a more rounded portrayal of the Sherlock Holmes and Dr. Watson characters.

In rejecting that argument, the panel said, "With the net effect on creativity of extending the copyright protection of literary characters to the extraordinary lengths urged by the estate so uncertain, and no legal grounds suggested for extending copyright protection be-yond the limits fixed by Congress, the estate's appeal borders on the quixotic."

And in its sequel opinion issued this week, which was also written by Posner, the panel took its rejection of the estate’s arguments a step further and called its business strategy "a form of extortion."

Following his June win, Klinger asked the panel to order Doyle’s estate to reimburse him the $30,679.93 he spent in defending the appeal. Klinger, the ruling notes, has also filed a separate request for $39,123.44 in fees and costs related to the litigation in the lower court that is not before the panel.

The estate opposed the request "on the same hopeless grounds that it had urged in its appeal," according to the panel’s opinion.

"The Doyle estate's business strategy is plain: charge a modest license fee for which there is no legal basis, in the hope that the 'rational' writer or publisher asked for the fee will pay it rather than incur a greater cost, in legal expenses, in challenging the legality of the demand," Posner wrote.

He said the strategy worked with Random House, which paid the estate $5,000 for a copyright license as the publisher of "A Study in Sherlock: Stories Inspired by the Sherlock Holmes Canon," a 2011 anthology of stories written by modern authors inspired by the Holmes and Watson characters that Klinger co-edited.

Pegasus Books, which had entered into negotiations with Klinger and his co-editor to create a sequel to their anthology, "was ready to knuckle under" the estate's demand for it to obtain a license, Posner wrote. Pegasus, however, refused to publish the book after the estate threatened to prevent distribution of Klinger’s sequel.

"[Only Klinger (so far as we know) resisted," Posner wrote. "In effect he was a private attorney general, combating a disreputable business practice—a form of extortion—and he is seeking by the present motion not to obtain a reward but merely to avoid a loss."

"The willingness of someone in Klinger’s position to sue rather than pay Doyle's estate a modest license fee is important because it injects risk into the estate’s business model,” he wrote, adding that "For exposing the estate's unlawful business strategy, Klinger deserves a reward but asks only to break even."

At the end of its seven-page ruling, the panel offered the estate a bit of a suggestion.

"[T]he estate was playing with fire in asking Amazon and other booksellers to cooperate with it in enforcing its nonexistent copyright claims against Klinger," Posner wrote. “For it was enlisting those sellers in a boycott of a competitor of the estate, and boycotts of competitors violate the anti-trust laws."

He added, "It’s time the estate, in its own self-interest, changed its business model."

Want to get notified whenever we write about Amazon.com ?

Sign-up Next time we write about Amazon.com, we'll email you a link to the story. You may edit your settings or unsubscribe at any time.