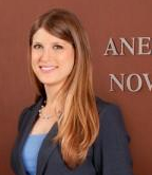 A man is suing the city's transit authority, claiming he was injured when a beam fell from the elevated train tracks near North Halsted Street.

According to the complaint, Fountaine was walking underneath tracks undergoing maintenance by the CTA in the vicinity of North Halsted Street on Sept. 7, when a beam fell from the train tracks above and struck him, causing severe injury.

Fountaine is seeking damages and is being represented in the case by attorney Julie L. Pustilnik of Anesi, Ozmon, Ordin, Novak & Kohen Ltd. in Chicago.

Want to get notified whenever we write about Chicago Transit Authority ?

Sign-up Next time we write about Chicago Transit Authority, we'll email you a link to the story. You may edit your settings or unsubscribe at any time.