Candle wax on floor of church hall leads to suit 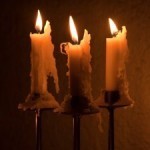 A woman is suing the Archdiocese of Chicago and others over claims she slipped and fell on candle wax while at a local church.

According to the complaint, Assabill was a guest attending an event sponsored by Sam at St. Ailbe Catholic Church at 9037 S. Harper Ave. on March 29, 2014, when she slipped and fell on candle wax that had spilled on to the floor, sustaining injuries.

She alleges she was in line to greet members of the Ghanaian community when the incident occurred. While not mentioned in the suit, an internet search shows that funeral services for Sam's late father took place on that day at the church.

Assabill accuses the defendants of failing to remove the candle wax and warn invitees of the danger. She is represented by attorney Bruce Rafalson of Bruce Rafalson in Deerfield.

This is a report on a civil lawsuit filed in Cook County Circuit Court. The details in this report come from an original complaint filed by a plaintiff. Please note, a complaint represents an accusation by a private individual, not the government. It is not an indication of guilt and represents only one side of the story.