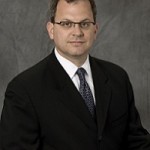 A woman is suing over claims she fell while walking through an intersection on the city's Near North Side.

According to the complaint, Strauss was inside the crosswalk at the intersection of North Wabash Avenue and Huron Street on May 22, 2014, when she tripped and fell on an uneven section of the crosswalk area.

Strauss contends the city negligently failed to repair the uneven, cracked and broken portion of intersection and allowed it to remain in a dangerous condition, causing her to fall. The city, she claims, also failed to warn pedestrians of the existence of the dangerous condition.

Strauss is represented by attorney Daniel A. Klein of Kurash & Klein in Chicago.

This is a report on a civil lawsuit filed in Cook County Circuit Court. The details in this report come from an original complaint filed by a plaintiff. Please note, a complaint represents an accusation by a private individual, not the government. It is not an indication of guilt and represents only one side of the story.