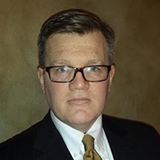 A Cook County woman filed suit against a motorist claiming vehicular negligence in a 2013 accident.

Brittany Thompson brought a complaint against Latrecia Brazil and Ramelle Wallace of Chicago on June 30 in Cook County Circuit Court, alleging recklessness in a July 2013 incident that allegedly left her with physical injuries.

According to the filing, Brazil was driving a vehicle owned by Wallace eastbound on 31st Street near Lake Shore Drive in Chicago on or about July 4, 2013. The suit states that Brazil failed to yield the right of way before making a right-hand turn, running into Thompson on her bicycle.

The lawsuit states that Brazil operated the vehicle at an excessive speed for the circumstances, drove without adequate brakes, failed to slow down, stop and give warning of her approach to the plaintiff, and keep a proper lookout.

The plaintiff seeks damages in excess of $100,000 plus attorney’s fees and costs. She is represented by the Law Office of Andrew S. Kryder in Chicago.