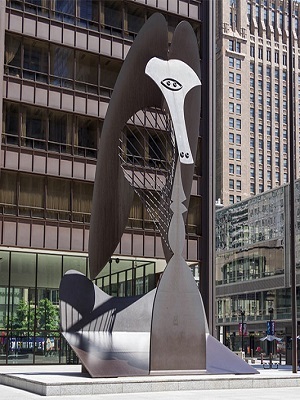 The former manager of a chain of northern Illinois sleep clinics has sued her former business partner and attorney for legal malpractice, alleging the lawyer violated professional conduct rules when she allegedly ignored conflicts of interest in scuttling the sale of the sleep clinics and, when the clinics began to suffer financial losses, allegedly deceiving her into assuming the financial liabilities.

Barnali Ramirez filed the suit in Cook County Circuit Court against her former lawyer Cheryl Kehole Schaul, of Park Ridge. From December 2008 through the end of 2013, Ramirez was the client of Schaul and the law practice of Neal, Gerber & Eisenberg, where Schaul is a partner. Also named as defendants are two trusts of which Schaul is a beneficiary — the Cheryl Kehoe Schaul 1993 Trust and the Kehoe Family Revocable Trust, with trustee James Kehoe named in the suit.

From 1999 to 2009, Ramirez was manager of Alternative Sleep Disorders Center in Algonquin, a job that ended that September. Though she planned to find another job in the field, things changed in September when Schaul invited Ramirez to her family home in Michigan. There, she proposed they join, as equal partners, to form a company that would own and operate sleep clinics.

On Oct. 1, 2009, NB Sleep Management was organized as a limited liability corporation with two members — Ramirez and the Cheryl Kehoe Schaul 1993 Trust. Schaul and Ramirez signed an operating agreement on Jan. 4, 2010, listing Schaul as the registered agent at her La Salle Street office address. Ramirez was the manager and Schaul the successor manager. Each party owned 50 percent.

On Oct. 13, 2009, Schaul and her firm filed paperwork to organize NB Sleep Management of Rockford. Again, Schaul was the registered agent, Ramirez was the manager. In this case, however, NB Sleep Management (the Ramirez-Schaul partnership) owned 70 percent; Nisha Amin owned the remaining 30 percent. A similar arrangement was put in place at the same time for a Woodstock branch.

According to the complaint, the clinics were successful for a time, and in 2011, another company approached Ramirez with an offer to buy the clinics and employ Ramirez. The complaint alleges that deal fell apart when Schaul refused to even entertain the idea of selling the clinics.

Despite this interference with the sale, Ramirez alleges Schaul’s assistance in running the sleep businesses “was virtually non-existent until the middle of 2013” when the clinics suffered financial problems that ultimately doomed the operations and put Ramirez in financial distress.

At that time, the complaint alleges Schaul informed Ramirez she would stand as the likely target of creditors, including tax collection agencies. At that time, the complaint alleges Schaul persuaded Ramirez to enter into a mortgage arrangement for Ramirez’s Chicago condominium residence, by which Schaul would “loan” Ramirez the money she needed to satisfy her alleged liabilities, but which has granted the Cheryl Trust an ownership interest in the condo and left Ramirez with an “encumbrance” on her home.

Ramirez’s suit alleges Schaul and her firm failed to follow the Illinois Rules of Professional Conduct, by, among other things, failing to explain to Ramirez how the Rockford and Woodstock deals were fair and reasonable, not disclosing transaction terms with clarity or making her aware in writing of her right to seek independent legal advice. Ramirez also explains Schaul did not, as is required, provide written consent to the terms of the transaction.

An April 19, 2010, letter Schaul sent to Ramirez was, she asserts, “a blatant attempt by Schaul and NGE to cover their tracks” regarding the “true nature” of Schaul’s conflicting involvement in the three sleep management agencies. Ramirez said she routinely met with Schaul so Ramirez could sign documents, though Schaul offered little or no explanation as to their purpose or legal significance. Among those, Ramirez claims, was her signing to indicate acceptance of the April 19 letter.

Ramirez is seeking compensatory and punitive damages “far in excess of $50,000,” noting she likely would have earned $150,000 a year had she gained new employment in 2009 and would have been free from personal obligations if allowed to sell the clinics in 2011. She also has asked the court to nullify all documents and obligations executed as part of the disputed transactions and to release any burdens on the condo.

Ramirez is represented by Michael Lee Tinaglia, of Park Ridge.