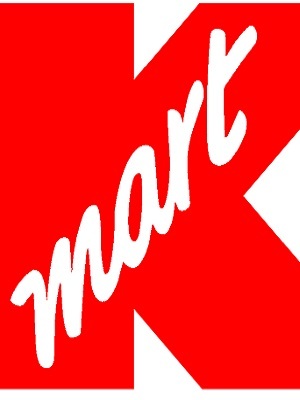 Kmart has joined its name to list of retail pharmacies suing Schaumburg-based pharmacy benefit manager Catamaran, claiming the policies of the middleman organization, which connects prescription drug retailers to health insurers, has left retail pharmacies eating millions of dollars in costs of drugs they provide to consumers, while Catamaran’s profits grow.

The complaint alleges three counts against Catamaran, including breach of contract and violations of state and federal laws governing prescription drug cost reimbursements.

Catamaran, like other PBMs, has built its business by entering into agreements with drug manufacturers and retail pharmacists to manage how pharmacies are paid for prescription drugs. Now, most prescriptions are paid for through PBMs.

PBMs make some money through administrative fees charged per prescription processed. However, much of their money also comes from the difference between what PBMs like Catamaran charge health insurers and other benefit providers for the drugs, and a lower amount they then pay to the retail pharmacists, pocketing the difference, known as “the spread.”

Catamaran has proven adept at the business, growing to be one of the country’s six largest PBMs. And the company grew profitable, as well, earning the attention of UnitedHealth, which paid $12.8 billion for the PBM.

However, Kmart said the company’s profitability has come at the expense of retail pharmacists, like itself.

In its complaint, Kmart alleges Catamaran since 2012 has steadily cut what it pays them, while turning a deaf ear to complaints and appeals, or ignoring them outright. And Kmart alleged Catamaran has steadfastly refused to let Kmart see its reimbursement rate information, even when such disclosures may be required by law.

“As a result of Catamaran’s misconduct, Kmart has been unable to forecast financials, Kmart has experienced rapidly declining reimbursement rates from Catamaran, and, in many instances, Kmart now loses money on those prescriptions,” Kmart said in its complaint. “Catamaran covered up its scheme by intentionally failing to comply with disclosure and state Prompt Pay Laws and by refusing to provide information requested and owed to Kmart.”

Kmart said its representatives attempted to resolve the conflict with Catamaran earlier this summer. But the retailer said its “efforts to negotiate in good faith with Catamaran to resolve these disputes informally have been rejected by Catamaran at every turn,” leaving the company with “no other recourse” but to sue.

Kmart is not the first retail pharmacy operator to level such accusations at Catamaran. A group of independent retail pharmacists, for instance, sued under similar pretenses earlier this year in Pennsylvania.

Kmart is represented in its action against Catamaran by attorneys with the firm of Greenberg Traurig LLP, with offices in Chicago and Boston.