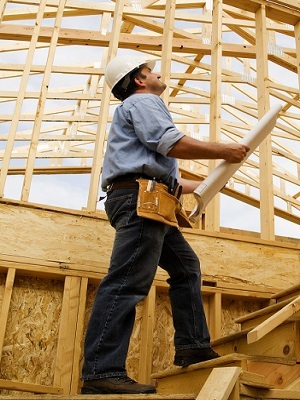 A Chicago-based home builder and the local trade association which represents the company and others like it has sued the city of Chicago, alleging the city’s so-called affordable housing ordinance amounts to an unconstitutional seizure of property by City Hall.

Hoyne Development, of Chicago, a home building company owned by Robert Mangan, of Chicago-based Mangan Builders, and the Home Builders Association of Greater Chicago filed suit in Cook County Circuit Court on Aug. 27 against the city, asking the judge to declare the city’s ordinance unconstitutional and unenforceable.

Hoyne and the Home Builders Association are represented in the action by attorneys Steven Blonder and Joanne A. Sarasin, of the firm of Much Shelist P.C., of Chicago.

In place since 2003, the city’s Affordable Requirements Ordinance (ARO) at the center of the complaint lodged by Hoyne and the HBAGC requires developers of housing developments containing 10 or more units, in a project for which rezoning is required to allow increased density or on a property not previously used for residences, to dedicate 10 percent of their units as so-called “affordable housing” – meaning charging rents below market levels for those dedicated units – or pay the city $100,000 per unit.

The Chicago City Council this spring also updated the ordinance at the urging of Mayor Rahm Emanuel, dividing the city into zones in which the affordable housing fees could range from $50,000 to as much as $175,000 per unit, and requiring most developments in the city to satisfy at least a quarter of the affordable housing mandates through actual housing units, rather than just paying a fee in lieu, among other changes. The changes have drawn criticism from developers and their trade associations, who say the changes will slow new residential development and hurt their businesses. The new version of the ordinance is scheduled to become effective in October.

In 2012, operating under the previous iteration of the ARO, Hoyne sought to redevelop two former commercial properties, including a former Ford dealership, at the corner of Irving Park Road and North Hoyne Avenue, in the city’s North Center neighborhood.

According to the complaint, Hoyne moved to subdivide the property into three separate parcels, each with their own Parcel Identification Number. Hoyne asked city permission to build two six-unit residential buildings, and a mixed-use development on the third parcel.

The complaint states the city initially went along with Hoyne’s plans, but in spring 2013, threatened to pull the permits for the projects, which the city then said it would consider one 14-unit development, subject to the ARO requirements. The city demanded Hoyne either dedicate two units as affordable housing or pay $200,000 if it wished to continue with the project, which, at that point, was already seven months behind schedule.

Hoyne protested, arguing the city had not previously indicated the projects were subject to the ARO, and even if they were, city policy should not dictate the required contribution be rounded up, as it was in this case.

Hoyne said it “capitulated,” under protest, simply to move forward with its project. Hoyne paid the city $200,000 in June 2015, and the lawsuit followed.

The complaint contends the city’s ordinance is not based on any studies or investigation “establishing that new multi-unit market-rate residential developments increases the need for or decreases the supply of affordable housing.” Therefore, the complaint argues the “10 percent affordability” requirement is disproportionate to the scope of the problem it purports to solve.

“Because the ARO Ordinance’s requirements lack the required ‘nexus’ ‘rough proportionality’ and exceeds any impact ‘specifically and uniquely attributable’ to new residential development the requirements are – facially and as applied to Hoyne Development – an unconstitutional taking of private property for public purposes without just compensation, in violation of the United States and Illinois constitutions,” the complaint states.