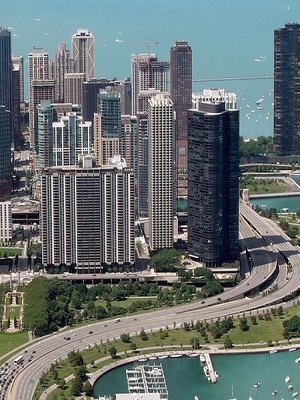 Editor's note: This article has been revised from a previous version to reflect the plaintiff's voluntary dismissal of her lawsuit.

The owner of a New East Side short-term corporate housing property near Chicago's Lakefront has withdrawn her lawsuit against two people involved with a Chicago-based sports and entertainment publication, who she had accused of libeling her and her business.

Manilow's lawsuit had demanded the two defendants pay at least $150,000 for statements made on Yelp and to the Better Business Bureau allegedly about Manilow and her business.

Manilow had filed the lawsuit on Sept. 3, 2015, in Cook County Circuit Court. In the complaint, Payne and Katz were identified as Chicago residents and co-owners and founders of the Buzz Sports and Entertainment Magazine, also based in Chicago.

In her complaint, Manilow alleged Payne and Katz stayed in the Manilow Suites location at 175 N. Harbor Dr. in Chicago’s New East Side, just north of Randolph Street at Lake Shore Drive, from August-October 2014.

Manilow alleged the pair “almost immediately upon moving into the suite … began to complain about the services,” with the complaints continuing “almost on a daily basis throughout (their) stay.”

Manilow alleged she attempted to “satisfy” the complaints by offering “nearly $2,200 in credits” and reducing their rates. Ultimately, Manilow said in her complaint she asked them to leave.

Manilow said she received an email from the pair about a month later “threatening” to report her to the Better Business Bureau “stating the ‘Motel 6’ quality service they received while staying with Manilow, as well as the lack of services and response times.” The email allegedly demanded “an additional refund in the amount of $2,461.”

Manilow said she responded by sending them a letter that “advised them no further refunds would be forthcoming” and demanding they “cease and desist from making baseless and defamatory statements concerning Manilow.”

According to the complaint, the defendants then filed a complaint with the BBB, which Manilow said she resolved in February 2015.

Manilow alleged the defendants then posted a review of her facility on Yelp in June and July, “falsely alleging constant outage of the Internet and cable without any responses from Manilow, lack of overhead lighting in the kitchen, failure to provide cookware and that Francine Manilow was rude,” while also alleging Manilow was “unprofessional.”

According to the complaint, the Yelp review included a recommendation from the defendants for those considering staying at Manilow to stay at a competitor property and this statement, allegedly from Payne: “With so many options for short-term housing in Chicago, do yourself a favor and stay away from Manilow Suites!!! They are unprofessional, overly expensive the service lacked tremendously.”

The complaint includes one count of libel against the defendants, alleging “the statements published by the defendants with the BBB and Yelp were false and misleading each made with the intent to secure monies from Manilow or to damage Manilow’s reputation.”

In her complaint, Manilow had demanded at least $50,000 in compensatory damages and an additional $100,000 in punitive damages.

She was represented in the action by attorneys Thomas W. Goedert and Brian P. Welch of the firm of Crane, Heyman, Simon, Welch & Clar, of Chicago.