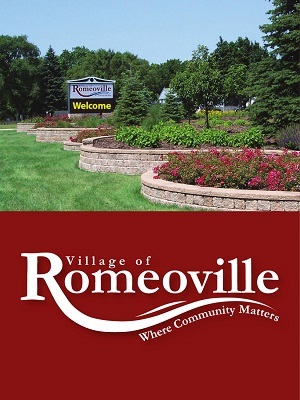 A church has asked a federal judge to determine whether Caesar has asked it to render too much, as the religious group has alleged zoning regulations in the village of Romeoville are discriminatory, making it almost impossible for small churches to locate in the village.

TFM operates a church at 1413 Sherman Road, Units 10-20 in Romeoville, in Will County, renting the property since 2012 under a seven-year lease. According to TFM, the church is “small,” with 40 to 60 people attending services each week. The church is in an area zoned for light manufacturing and research.

Romeoville officials inspected the church in spring 2013 and October 2014, then ordered TFM to vacate the church February 26, 2015, saying churches are not permitted in a manufacturing zone. TFM said the location worked well, because the church is mainly used on Sundays, when surrounding businesses are closed, so there is no conflict with parking. Further, a manufacturing zone offers more affordable property for a small church.

According to TFM, the village prohibits churches in the village, unless the church meets a number of “onerous” conditions, such as occupying at least three acres and facing a “Major or Secondary Arterial or a Major Collector (road)… or is contiguous on at least one side to a Business District (street.)” After a church jumps through these hoops, it must then go through the conditional use process for approval, the church asserted. TFM claimed these requirements make it difficult for a church, especially a church of modest means, to exist in Romeoville.

Nonetheless, TFM said it tried for months to find another site that would comply with village zoning, but could not do so. As a result, the church said it desires to stay at its present spot.

TFM contended the village places restrictions on churches that are not placed on non-religious assemblies, such as health clubs, conference centers, dance studios and indoor theaters. TFM pointed out, while its church is prohibited from a light manufacturing zone, an art gallery, for instance, is not barred.

If village officials persist in threatening the church’s operations, or actually compel the church to close, TFM said the church’s spirit will be “impeded,” its reputation will suffer, membership growth will slacken and some current members will depart, causing a drop in tithes and offerings on which the church financially depends. TFM added it spent more than $50,000 three years ago on construction and other preparations to ready the building to function as a place of worship.

To prevent the anticipated harm, the congregation asked the court to issue a temporary restraining order preventing the village from forcing the church to leave its location and preventing the village from prosecuting or fining the church. Further, TFM wants a judge to declare the village’s zoning code violates the Religious Land Use Act, by not treating religious “assemblies and institutions” equally with non-religious assemblies.

TFM is seeking more than $50,000 for each of the three counts against the village, plus attorney fees and any other costs.

The church is represented by lawyer Andy Norman, of counsel to the firm of Mauck & Baker, of Chicago.

U.S. District Judge Amy St. Eve is presiding in the case, with Judge Maria Valdez serving as magistrate. A status hearing is set for Oct. 19.